A recent study by AM scientists with CSIRO and NSW DPI, using data from the AM’s Australasian Fishes Project, reveals the top ten fish species recorded by citizen scientists and recommends how this data can contribute to effective conservation and ﬁsheries management.

Endless blue ocean as far as the eye can see, through a foggy dive mask. At the periphery of your vision, a flamboyant flap of fins set among a fishy courtship display shimmers. You attempt to stop dead in the water. A laborious 90-degree pivot followed by a renewed camera focus. Target framed, finger tensed, and the picture-perfect moment captured with the click of a shutter. A fanciful fishy impression frozen in time.

This sequence of events sets the scene for citizen scientists that have been enthusiastically snapping up what Mother Nature has to offer in our oceans. How well we photograph all the fish species that call Australia and New Zealand home, however, remains an open question. To address this, we analysed the data from daily fish observations generated by the devoted, and in some case obsessive, members of the Australasian Fishes project. This online initiative is hosted by arguably the largest citizen science platform in the world, iNaturalist. With the guidance of Australasian Fishes project curators at the Australian Museum, as well as collaborators from CSIRO and the NSW Department of Primary Industries, we highlighted the species composition of this growing database as well as how relevant these data might be to management authorities.

Whether you are out “twitching” while picnicking in one of Sydney’s many parks, spend evenings on your iPhone recording frog calls emanating from deep within your local pond, or dive into the oceans blue in the hopes of a photo of a fish or two, citizen scientists across Australia are busy documenting the biodiversity that surround them. One big mystery that remains, however, is exactly how these data get used, and more importantly, how useful they are to the stakeholders that need them most; think conservation planning and fisheries management. In our recent study in Aquatic Conservation and Marine and Freshwater Ecosystems, we downloaded and quality filtered 77,600 observations from the Australasian Fishes project in March 2020, which has nearly doubled to 134,000 observations across Australia and New Zealand at the time of writing this blog. The innovation of the Australasian Fishes project is that uploaded fish photos with geospatial information are identified and/or validated by the community, with taxonomic experts in major museums around Australasia, as well as international scientists, available for consultation when species identity comes into question. These image identifications then become a permanent record for a specific animal, at a specific location, at a specific point in time. Not a diver? Not a problem! A not so negligible source of photo submissions come from fishers as well as avid beachcombers keen to spot a fish wash up or two.

In our published study, we found that some of the top fish species observations were composed of the usual suspects ever popular in the Australian dive industry. For example, the largest seahorse species in Australia (Bigbelly Seahorse Hippocampus abdominalis) had the most records. The state fish emblem of NSW (Eastern Blue Groper Achoerodus viridis), the only extant species in the family Enoplosidae with a much-maligned moniker (Old Wife Enoplosus armatus), and fishes important to both commercial and recreational fisheries (e.g. Snapper Chrysophrys auratus, although not taxonomically a “Snapper”) were not that far behind. If we look more broadly across all fish species identified in the Australasian Fishes project, a number of these are either under some form of threat as assessed by the International Union for Conservation of Nature (IUCN) or actively managed by state and federal authorities. For example, 15 fish species among the top 50 most important commercial and recreational marine species in NSW each had over 100 records in the Australasian Fishes project.

Australian endemic fishes whose threat status had not yet been assessed by the IUCN and species not currently under any form of management were also well represented, which is where the greatest value of the Australasian Fishes database may lie. Spatial management of our natural resources will always be limited by funding and staff allocation, which in some cases end up being funneled towards strategic priorities. It turns out the most well-represented (e.g., Syngnathidae family of Seahorses and Pipefishes) or at-risk species (e.g., freshwater fishes) in our citizen science data set (i.e., most observations) are recorded infrequently in traditional monitoring programs. If citizens can therefore “supplement” management initiatives with observations of species not currently represented, we are that much more indebted to them and their time.

Records for some of the better represented fishes in the database also corresponded to sites and habitat where we might expect to find them. For example, when we overlaid the Australasian Fishes records on top of the IUCN distributional ranges for cryptic (Sydney's Pygmy Pipehorse Idiotropiscis lumnitzeri), endangered (White's Seahorse Hippocampus whitei), or iconic (Common Seadragon Phyllopteryx taeniolatus) syngnathids that are unique to Australia, we found a close match. Gaps in observations between major urban centres like between Brisbane and Sydney reflected a spatial bias common in other citizen science datasets. The weekend warrior is less likely to travel further afield to get their aquatic adrenaline rush. In some cases, however, there is a lack of suitable habitat for our rocky reef or seagrass-associated friends within those gaps.

We propose that the use of archival photos, records submitted by research scientists leading active projects in the remote and inaccessible parts of Australasia, as well as renewed efforts by our fellow citizens may provide a clearer picture going forward (pun intended!). Most importantly, we extend a heartfelt thanks to the Australasian Fishes community members that contributed observations, identifications, and validations of records that supports our goal of increased understanding of fish diversity. It’s a tough job, but somebody’s gotta do it! 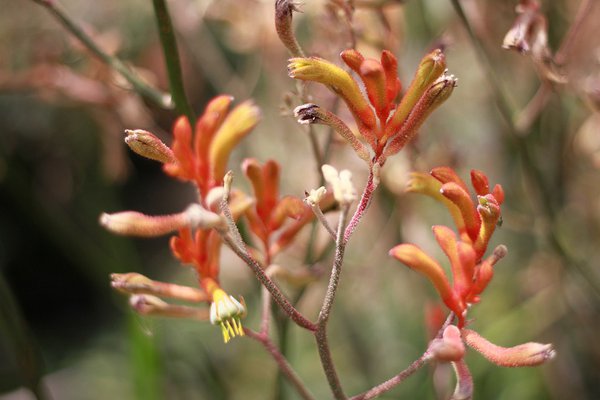