Larval (baby) fishes have skeletons made of cartilage. As the fish grows the cartilage ossifies (changes to bone). In the vast majority of bony fishes most of the flexible 'spinal support' (the notochord) is totally replaced by bone. It has been known for many years that the stomiid fishes (bearded dragonfishes) have a region of 'spine' behind the head that lacks vertebrae. This region, called the occipito-vertebral gap, is clearly visible as a blue strip* between the skull and the red coloured vertebrae in the top image. In the early 20th century it was proposed that this gap allowed the fish to bend its head backwards to an extraordinary degree, allowing it to efficiently swallow large prey.

Nalani Schnell (University of Tuebingen), Dave Johnson (USNM, Washington) and Ralf Britz (NHM, London) were awarded the Reinhard Rieger Award for excellence in research in zoomorphology for their 2010 paper (see below). They investigated the development of the occipito-vertebral gap by staining specimens to show the bones (red), cartilage (blue) and nerves in different colours. For most bony fishes ossificaton of the backbone starts at the front of the fish and proceeds towards the tail. Surprisingly, in the stomiid fishes, ossificaton proceeds in the opposite direction. Schnell, Johnson and Britz' research confirmed that vertebrae behind the skull fail to form in two stomiid genera (Chauliodus and Eustomias), plus Leptostomias gladiator. Interestingly the bones above and below the notochord (red triangles in the top image) develop but the vertebral centra (the circular 'body' of each vertebra) do not. The remaining 24 stomiid genera also have an occipito-vertebral gap but do have a full complement of vertebrae. These fishes have an extended portion of the notochord, a condition that is highly unusual for an adult fish.

* Despite being stained blue, the notochord is not made of cartilage. For those of you who really want to know ... it is composed of cells derived from the mesoderm and is surrounded by several layers of connective tissue. 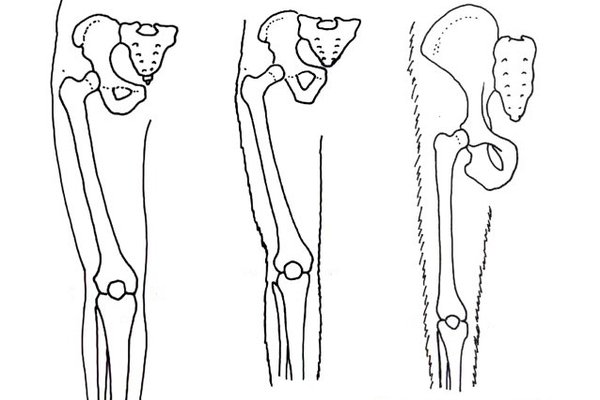 Our bipedal body structure is unique amongst living apes. In fact, our ancestors started on the path to becoming human when they began walking on two legs. 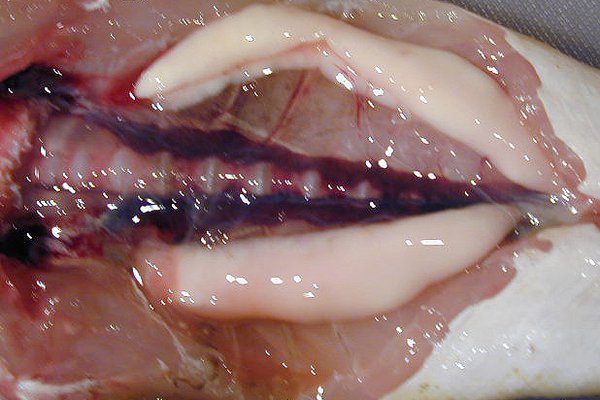 The gonads are the organs that produce sex cells.

Forty years and still growing: Journal of Archaeological Science looks to the future.

Invertebrates are animals without a backbone. Of the planet's estimated 15-30 million animal species, 90% or more are invertebrates. Invertebrates live just about anywhere.