Quang’s Tree Frog, Gracixalus quangi, is a frog like no other.

This story is an extract from our new book, Feathers of the Gods and Other Stories from the Australian Museum, in which scientists, collection managers, coordinators, conservators, archivists and volunteers share their favourite tales inspired by our collections. 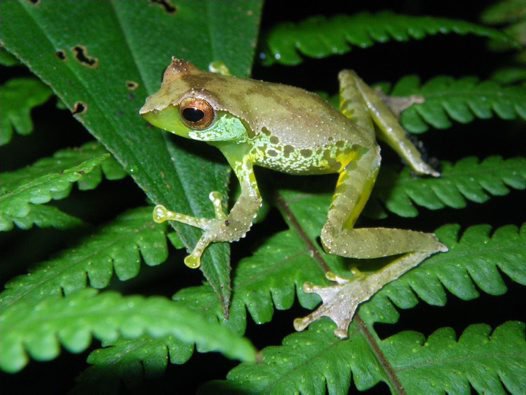 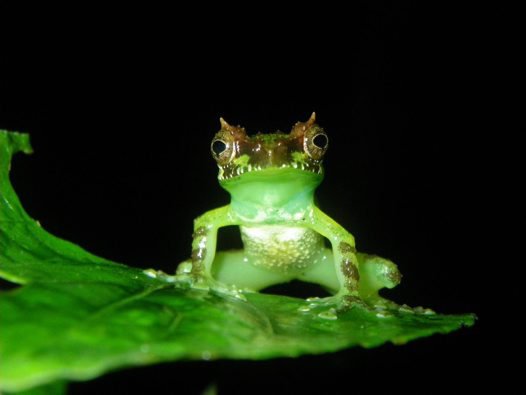 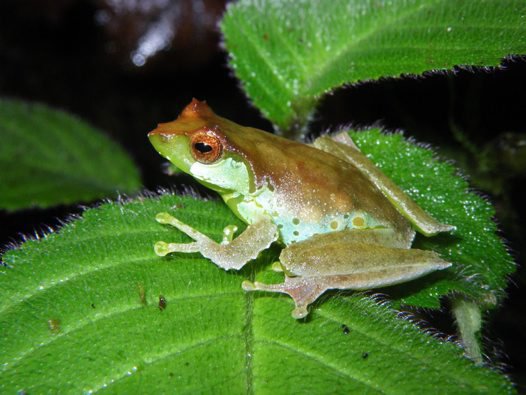 It is only 2 centimetres in body length, is splashed with vivid turquoise and yellow patterns, and sports tiny, pointed spurs on its heels. It is a delicate little frog, with webbed feet and a pointed snout, and its skin is nearly transparent in places, revealing the bright green bones.

Unlike most other frogs, which lay their eggs in water, Quang’s Tree Frog chooses to lays its eggs on leaves overhanging shallow, muddy pools, into which its tadpoles will eventually drop. Together, these things make the species unique, but it is the call of the frog that really sets it apart from the rest.

In most frog species, males attract females with a rather repetitive call. Quang’s Tree Frog, on the other hand, has a ‘hyperextended vocal repertoire’. In other words, the species does not simply repeat the same call over and over, but has multiple types of calls. In fact, so far, no-one has heard two identical calls from this species.

Instead, each frog mixes an array of clicks, whistles and chirps together in no apparent order. It is one of the most variable frog calls known, and has a musical quality similar to birdsong. This unique call has earned Quang’s Tree Frog the title of ‘the frog that sings like a bird’.

So why had no-one ever noticed the amazing call of this frog before? Well, locating this tiny frog in the first place was no easy feat. The frog and its call were discovered as part of a 2010 expedition to document the diversity and conservation status of amphibians in the remote rainforests of North-Central Vietnam. To get there, my colleagues and I had to hike for days through dense forest, up mountains and over rocky streams.

Once we were finally deep in the forest, we set up camp and searched the forest for amphibians by torchlight. While we did not know what species we would encounter, we were hoping to find one particularly interesting little frog that my colleagues had spotted in the area previously. We were aware of no other frog like it and suspected that it may never have been scientifically described.

Finding this species, which we later named Quang’s Tree Frog, is rather like finding the proverbial needle in the haystack. A tiny, nearly transparent greenish frog sitting among a sea of similarly green vegetation is very close to invisible. However, if you are lucky and the males are calling, then you have a much better chance of finding it.

Thankfully, when we ventured out at night, the quiet song of the male Quang’s Tree Frog alerted us to a muddy swamp where the species was breeding, and where we could observe the frog and record its previously unknown call. After we returned to the lab, we were able to confirm that the species itself, along with its amazing call, was indeed new to science.

Quang’s Tree Frog is one of many amphibian species that have recently been discovered in South-East Asia by myself and other scientists. Unfortunately, just as new species are being found, it is likely that others are being lost.

By far the most serious threat to the biodiversity of South-East Asia is habitat loss, and it is occurring at alarming rates. Discovering and documenting the diverse amphibians of the region and training local conservation biologists are important first steps towards ensuring that unique species like Quang’s Tree Frog will be heard calling in the forest well into the future. 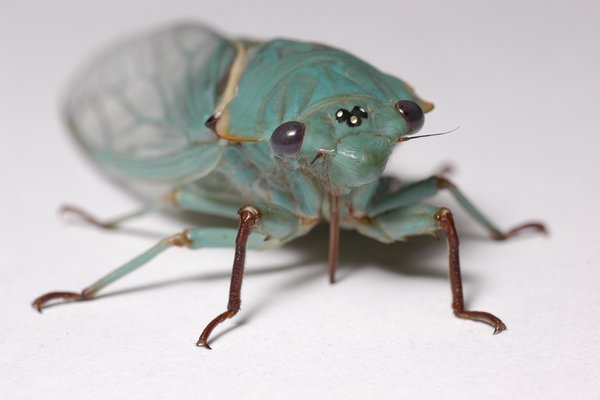 The drone of cicadas is one of Sydney's most recognisable sounds of summer. 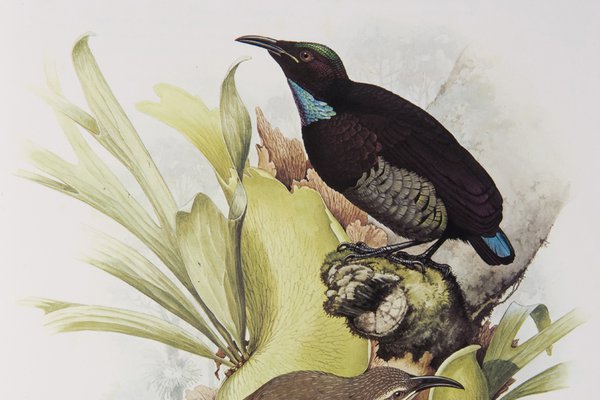