Mostly fruit, with some small animals like arthropods and insects.

Polygynous. Solitary display on traditional perches, singing on high perches and displaying on low ones. Displays recorded April-late November. Male lowers himself backwards on perch until hanging upside down with wings closed and flank feathers spread while expanding central black band and swaying rhythmically; may swing tail ribbons side to side.

Only females build and attend nests. Breeding at least July-February; may occur all year. Incubation over 18 days. Known to hybridise with Lawes’ Parotia and Raggiana Bird of Paradise. 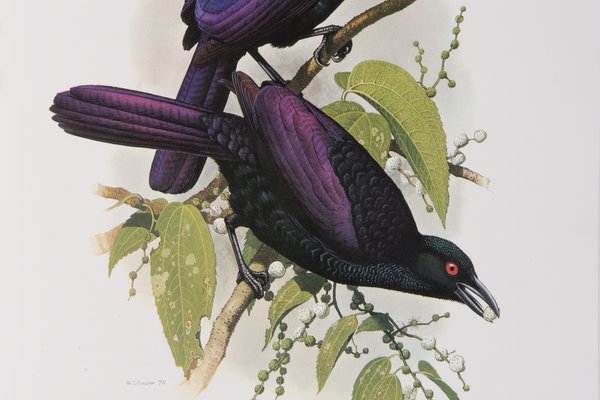 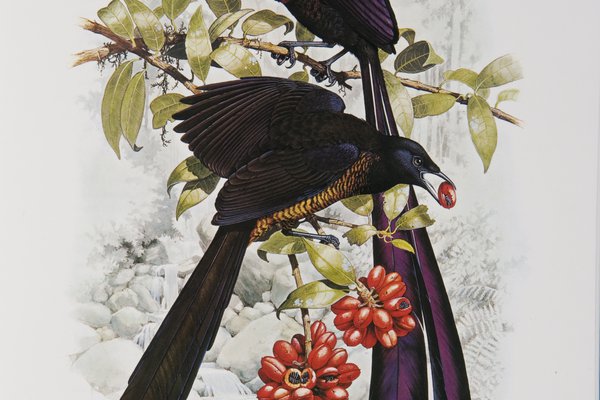 Scientific name
Astrapia stephaniae
Find out more
Back to top
You have reached the end of the page. Thank you for reading.