An excerpt from Tim Cope's book On the Trail Of Genghis Khan.

Tim Cope set out on a journey of historical proportions – to ride horses from the old Mongol Empire Capital, Khakhorin, to the Danube River in Hungary. It was a journey that would take him more than three years deep into the heart of the nomadic steppe cultures of Central Asia. This story details Tim’s experiences in the early winter of Kazakhstan when he was joined by a nomad named Aset and a dog called Tigon.

The storm had lulled by the time we rode out of the village. Stony clouds swooped over the steppe, blocking the sun that seemed to begin its downward trajectory before the day had begun. The poor dog, experiencing the first winter of his short life, was suffering from frozen paws. Whenever we stopped for a break he whined and peered up with a look of bewilderment.

In the late afternoon we cut across a plain and climbed through a tangle of snow-laden spurs toward a plateau. As we were nearing the top of a gully the light dimmed and there came a gust of wind carrying a sortie of airborne shards of ice and snow. Then the cloud was upon us, like an avalanche wiping out all before it. Aset stopped singing mid-verse, and within seconds the world had hemorrhaged away all shape and form. There was no sky or earth anymore, just a swirling, soupy sea of white. The sun was still up, casting weak, diffuse gray-blue light onto the snow, but illuminated little. Leaning forward and clinging onto Taskonir’s mane I flicked my head back to see Aset’s silhouette melting in and out of focus. When he caught up, Taskonir nudged forward, uneasily probing for solid earth. I urged him on, but for every step forward our circle of vision closed tighter.

For the next hour there was no telling where we were or when this rushing cloud might dissipate. Several times I lost Aset, only to scream out for him, and he would reappear. Every ten minutes I checked my GPS and compass bearing. The horses plodded on up slopes, down into gullies, and up again.

“The closer to people the better!” Aset ranted. While the raw feeling of this place had evoked in me a sense of awe, Aset was beside himself with fear.

“We have food, we have a tent!” I told Aset. “We can stop now, make ourselves warm, cook dinner, sleep, and see how things are in the morning light,”

“To hell with your tent!” he replied. “What if a snowstorm really comes in? What about wolves? We have to get to a kstau!” he replied, using the nomad term for a herder’s winter station. Finding one would be a long shot, even with the GPS I carried and the approximate directions Baltabek had given us, but Aset was willing to bet his life on it.

One of my rules of travel was to stop before dark and, more important, before the horses were too tired and cold. On previous journeys I had learned that I was never lost as long as I still had food, my wits, and shelter. But I gave in, and we trudged on.

My hands turned stone cold and stiff. The horses became so exhausted they were immune to the kick of my heels. The sky cleared, but the wind was so ferocious it brought a stinging swarm of ice particles that hit like glass shards.

At half past ten we arrived at the coordinates where we thought the kstau might be, but there was nothing. I had given up trying to figure out the landscape.

As a last resort, Aset ordered that we release the reins and let the horses guide us. This is a custom found across the steppe—when lost or in search of water, always let the horses guide you. To my surprise, the horses seemed to know where they were going, and half an hour later we stumbled into the dark shape of something man-made. There was no one to greet us, but this was good enough to console Aset, who dismounted achingly. Hypothermic, he crawled into the cocoon of my sleeping bag and passed out.

In the morning I woke with the residual hum of wind in my ears. Stillness ushered in the new day, and as shadows turned to real shapes and lines, it became clear we had camped in an abandoned concrete pumping shed littered with frozen manure and graffiti.

Outside, nothing had escaped the fury of the storm. The stands of heath looked like a bleached, exposed coral reef, the intricate form of each twig entombed in finger-thick ice. Every blade of grass was also encased, rising from the earth in a million stalagmites. The horses stood stiffly in half sleep. As Taskonir turned his head to me, ice cracked and fell away from his mane. Ogonyok woke, automatically lowered his head, and crunched through a carrot of ice with his teeth.

When Aset woke, slit-eyed and puffy, he was worried. The storm had passed for now, but this kind of weather apparently foreshadowed the beginning of a zud – a harsh winter – that sweeps through the steppe every few years, traditionally ensuring that only the hardiest animals, and humans, survive.

“At first the ice weighs down the grass, snapping it off. If this is followed by a warm period, the ice and snow will melt before freezing again to form a cap of ice. On top of this may come deep snow, which means even if the animals dig to the ground they will only find ice and won’t be able to break through. If any horses survive, they will be naked by spring because as a last resort they eat each other’s hair,” he told me.

There were different kinds of zuds – some caused by an impenetrable layer of ice, others by the sheer depth of the snow, and others still when there was no snow at all. Common to all of them was that if they were preceded or followed by drought in summer, it typically meant the nail in the coffin for large numbers of livestock. By way of example, the year that I had ridden across Mongolia by bicycle, Mongolia had been in the midst of a series of three consecutive zuds and droughts. Come the end of the winter in 2002, 11 million animals had been wiped out. There was one Kazakh in western Mongolia I was told about who had just one of three hundred horses remaining by spring. Kazakh herders would later describe to me how, when the grass was particularly lean, they kept their animals alive by feeding them a combination of horse dung mixed with sheep tail fat and a grain by-product that was like wheat bran.

After feeding the horses the remaining bag of crushed corn that we had picked up in Azunbulak, we loaded up and wrenched ourselves away from the shelter. The horses moved hesitantly, like barefoot children on sharp gravel. Spikes of crystalline ice shattered, popping and exploding under their hooves. The poor dog remained curled up in the pump shelter until it dawned on him that we were not coming back. He came whimpering, tail between his legs and whiskers all frosted up.

On the Trail Of Genghis Khan: An Epic Journey Through the Land of the Nomads is published by Bloomsbury and is available from the Australian Museum store for $19.99. 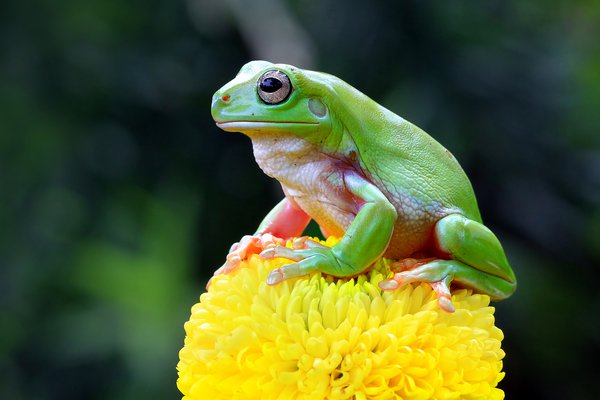 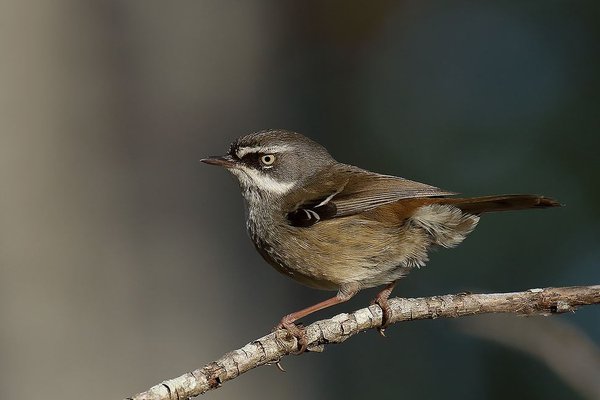 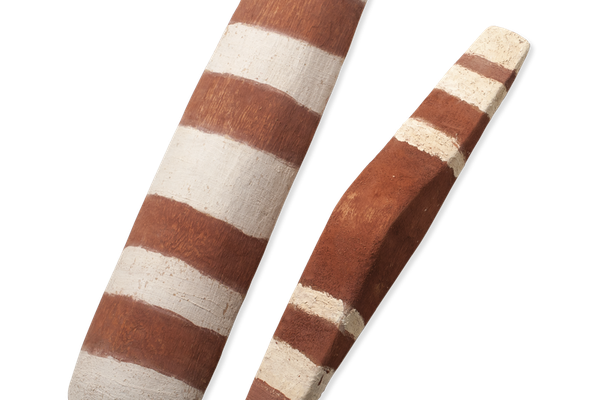 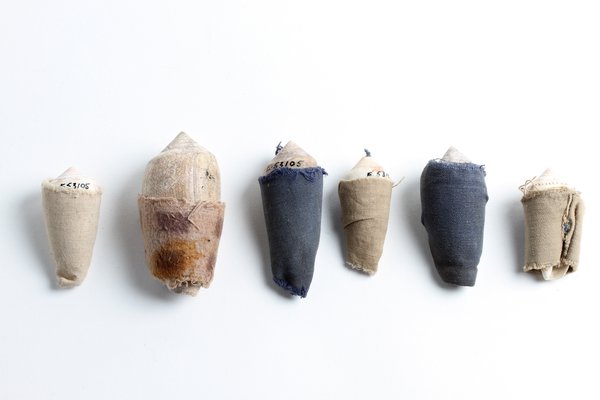 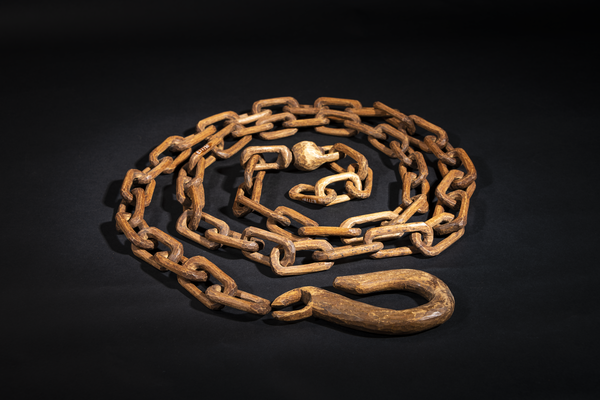 Explore Winter 2021 is the first-ever, First Nations-dedicated issue of the magazine. It is a "deep dive" into the topics and themes presented in Unsettled, as well as containing news from the First Nations team on some of their other museum projects. Guest edited by Stan Grant. 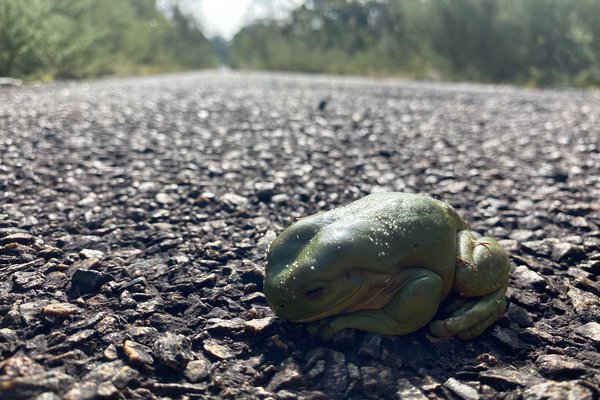 Philemon corniculatus
More details
Back to top
You have reached the end of the page. Thank you for reading.