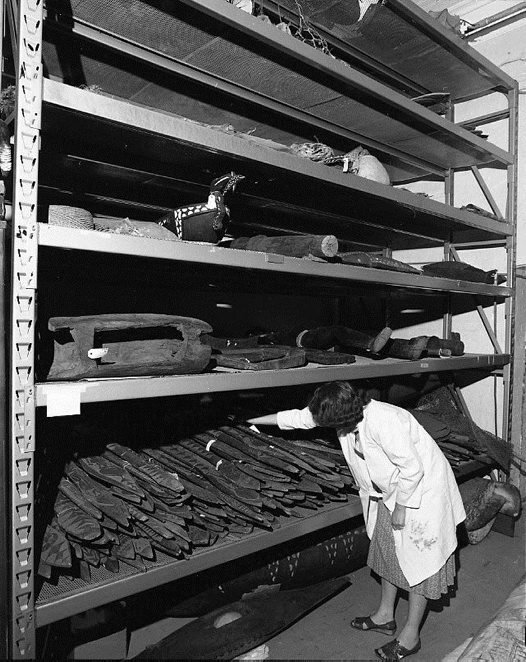 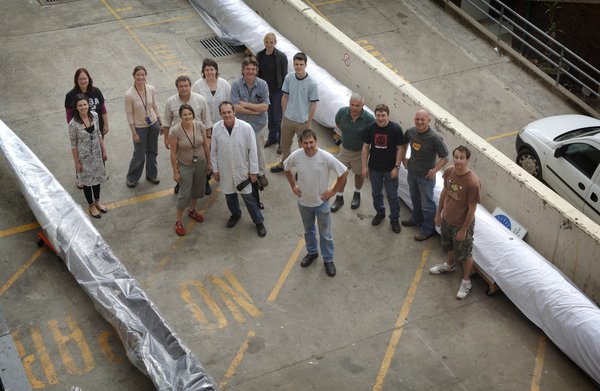 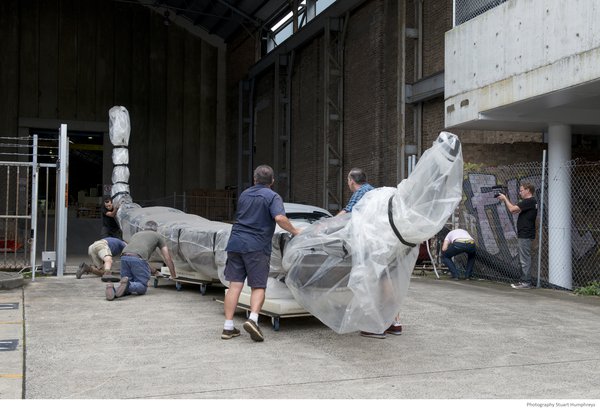 Almost since the day the Australian Museum opened its doors it has pleaded with the Government of the day to provide additional exhibition space to display its broad and wondrous collections. Constantly faced with the question of where to store not only the specimens for display but also the multitude of specimens kept for research, it seemed staff were constantly juggling objects slotting them into any space they could garnish and systematically identifying deteriorated specimens to be discarded.

Whilst staff had worked in sheds for years it was only in the early 1990’s temporary designated storage sheds for study and duplicate specimens were constructed. In May 1934, the Museum was reporting that “with the passage of time these sheds have suffered from attacks of white ants and borers, they are badly lighted, the roofs are leaking and they are not adequately protected from the risk of fire”.

Finally, in 1955 storage, for large items and rarely consulted specimens, was provided on the “outskirts of the city” in part of an old wool store (Shed 66) at Shea’s Creek Alexandria, though only after the Museum had requested the “rodents” be disposed of and adequate locks installed. Among the items moved were artefacts from the Mawson exhibitions, canoes, fossils and display cases.

Within 15 years the Archives Authority wrote informing the Museum that it would be reclaiming the space for records storage. The Museum secured a lease on the first floor of 15 Boundary St, Rushcutters Bay moving the oversize anthropological and other collection items to this site; though only after it was discovered a window had to be removed to get the large items into the building.

Of pressing concern was the storage of the Ethnological Collection. In 1973 a floor was also take in the nearby 19A Boundary St and the two premises becoming known as ‘Old’ and ‘New’ Rushcutters Bay. By the late 1980’s some staff offices along with some collection items were located closer to the Museum at 40 – 44 Yurong St. Darlinghurst. The last collection items left Rushcutters Bay in 1990 centralising the off-site storage at 11 - 23 Gordon St Homebush. Staff access to these collections was improved when they were moved from Homebush to 33 Maddox St, Alexandria in 2004/2005. At that time the production team moved to nearby Doody St, Alexandria taking some of the heritage display material.

These main storage solutions were often paralleled with interim smaller storage solutions. For nearly a decade skeletons removed from exhibition in 1987 were housed in a shed at Bonnyrigg along with scientific material.

With the announcement of the purpose-built storage at Museum Discovery Centre (MDC), Castle Hill staff knew the Museum’s valuable collections would finally be appropriately stored. However, there was to be one more move attributable to construction delays. In 2013 the Museum’s off-site natural science & cultural collections along with the exhibitions material were all housed on 2 floors at 91 Canal Rd, Lilyfield in an old parachute factory.

In 2016 the Australian Museum consolidated its off-site collection of specimens and objects into a 3000 square metre facility with the temperature set at 21 degrees and relative humidity at 50 per cent. Now not only are more items on display at the MDC but also for the first time the public will be able to public access book a tour to see the Australian Museum’s behind the scenes deep stores.

By Stan Grant
Read more
Back to top
You have reached the end of the page. Thank you for reading.