On 19 March 2014, Nick Missenden and Lachlan Dunwoodie were diving at a depth of 8 m at Bare Island, La Perouse, Sydney, when a pair of small pipehorses caught their attention.  Nick and Lachlan quickly realised that they were seeing something very special. Nick stated "I witnessed them mating on a number of occasions. We watched them for about an hour."

Sydney’s Pygmy Pipehorse was only scientifically named (described) in 2004 by Rudie Kuiter. The species was named in honour of Sydney diver Ákos Lumnitzer. Read about the discovery of the species.

This is the first time that mating behaviour of the species has been shown to the world. It has been a decade since the description of the species; hopefully it won't be another decade before we learn more. Thank you Nick and Lachlan! 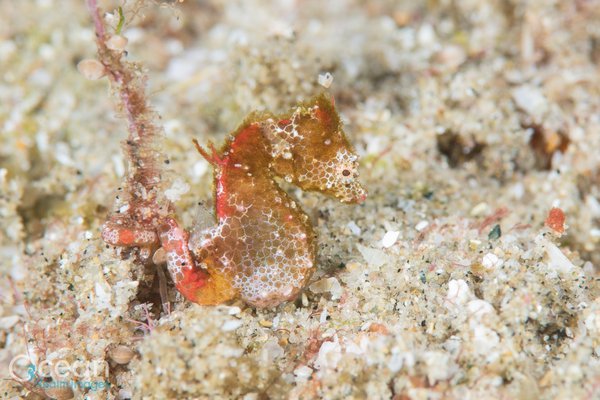 Seahorse scientists have identified a new pygmy seahorse species in Sodwana Bay, South Africa, the first of its kind found in African waters and the Indian Ocean.

Cercartetus nanus
Discover more
Back to top
You have reached the end of the page. Thank you for reading.