Many of the Balinese paintings now in the Museum collection once belonged to a temple. Their original function and significance is ritual. Paintings are displayed to gratify and entertain the gods during their visits to the temple, as well as the human participants in ritual activities. When displayed in temples and family compounds, paintings are hung only for the duration of festivals or ceremonies. At other times, they are folded, or rolled, and stored alongside other ceremonial equipment.

All ceremonies are scheduled using the Balinese calendar, which integrates the Indian-derived lunar (saka) calendar with an indigenous system of weekly cycles (wuku), that is a 210-day year made up of different sequences of named days. Rituals are based on both cycles and those following the saka year run in parallel with the cycle of seasons. 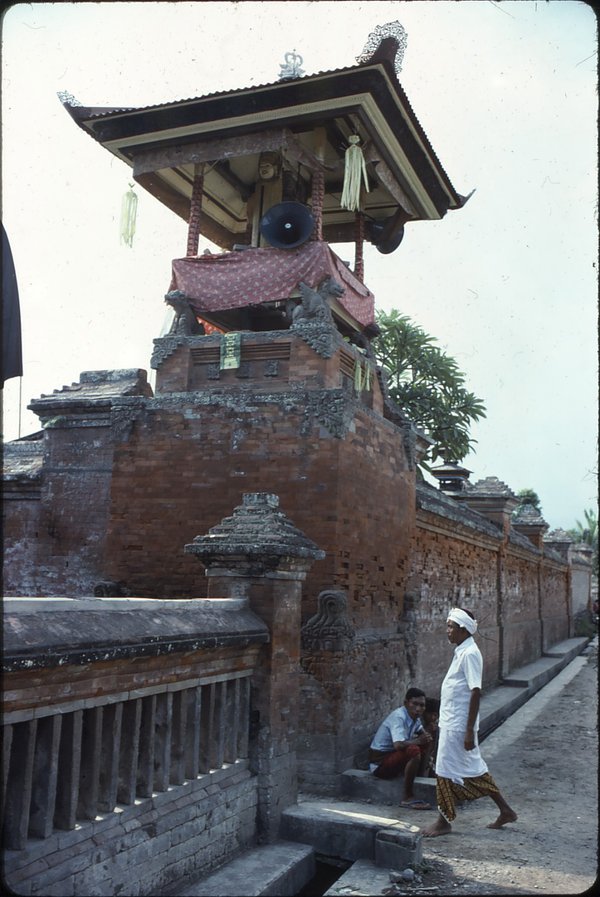 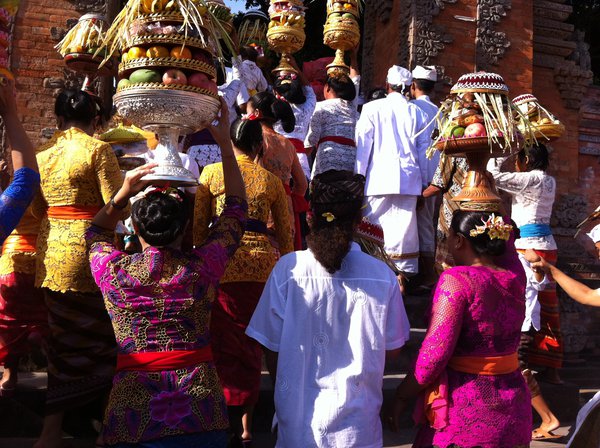 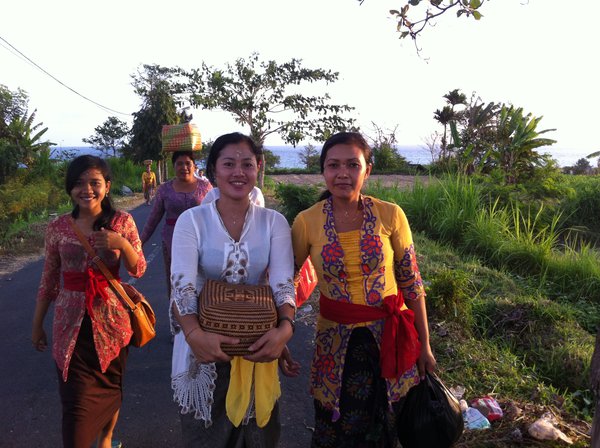 The Pura Bale Batur in Kamasan is one of the most important temples for Kamasan artists and their families. Each year on the full moon of the fourth (kapat) month of the saka year, members of the temple take part in a ceremony known as ngusaba kapat.

The kapat month signals the end of the dry season and the coming of the rains - the ceremony is held to request the blessings of the gods for agricultural fertility and in anticipation of a successful rice crop. For this reason, the ceremony is also called ngusaba nini, referring to the goddess of rice Dewi Sri.

Alongside all the other members of the Gelgel village community (desa adat), members of the Pura Bale Batur congregation take the ritual objects from their temple to the state temple Pura Dasar Bhuana at Gelgel where they remain for a six-day ceremony. Before they enter the state temple all the objects must undergo ritual cleansing (melasti) at Pura Watu Klotok on the coast – the objects are carried on the heads of congregation members for the duration of the four kilometer walk from Kamasan to the sea.

Dr Siobhan Campbell documented the ngusaba kapat ceremony held at Kamasan in October 2014, with the participation of families and relatives of some prominent Kamasan artists, including Ni Made Tanjung, colourist and sister of artist Nyoman Mandra and Ni Ketut Darmi, colourist and sister of artist Mangku Muriati. The congregation proceeded under unfolded kobers (painted flags) rising above with an image of Hanoman and Garuda. The congregation waited when necessary at the crossroad and walked in an organized manner.

The Temple of Kamasan artists.

Balinese artists and their paintings in the academic spotlight

An artist, patron, witness and collector.