Australian Museum scientist and fish specialist Allan McCulloch accompanied Hurley. The men had a shared interest in experimental photography and part of their equipment was a large glass tank to serve as an aquarium for the sea life they wanted to capture on film. Before the invention of true underwater cameras, and in shallow waters where a submersible wasn't practical, this was the nearest approximation they could make to the underwater world.

The tanks were stocked with fish, weeds and coral with the expert local knowledge of the the expedition's Papuan labour force. Unfortunately, as McCulloch described in his diary, the first corals they collected 'gave off so much slime that the water quickly fouled and obscured all but the objects near the front of the glass'. The tank was too large, so that the fish had too many hiding places, the lighting difficult to filter in the hot tropical sun and as Hurley lay down to take his photographs, he was showered in green ants.

After much trial and error, the men settled on reducing the size of the tank with divider boards and using only dead, bleached white coral. Colour was added later by careful hand painting of the finished glass plates using their diary notes on the patterns, colour and movement of the fish. Glare was reduced by erecting a tent over the tank.

The artfully arranged and carefully composed photos Hurley took were published around the world. The images are some of the first taken of the spectacular colour and diversity of 'underwater' tropical sealife: sensational new images of a coral wonderland that the world was only just beginning to understand. 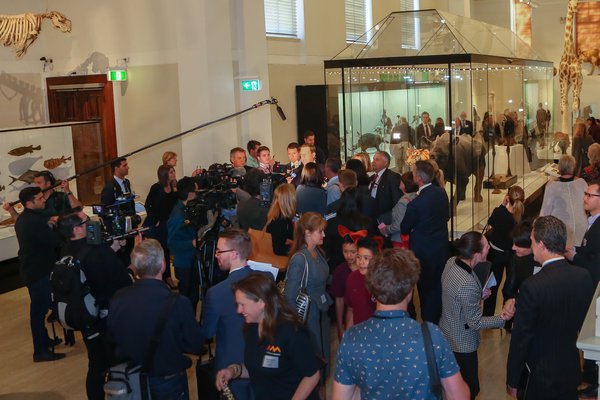 Video and flash photography are permitted in all galleries except Westpac Long Gallery and First Australians galleries.