Bob Dylans famous anthem The times they are a changin; recorded in 1963 wasn't about the Australian Museum but it could have been.

The 1960s saw a decade of change and activity. The Museum expanded its premises, its galleries, its staff credentials, its public programs, communication avenues and critically its science focus.

By 1963 the new Parkes Farmer wing facing William St was complete. Almost doubling the floor space and lacking windows above the basement level – visually it represented a complete break from the past. Functionally it now provided dedicated science laboratories for the first time ever – to house a science staff who were all tertiary qualified for the first time in the Museum’s history. 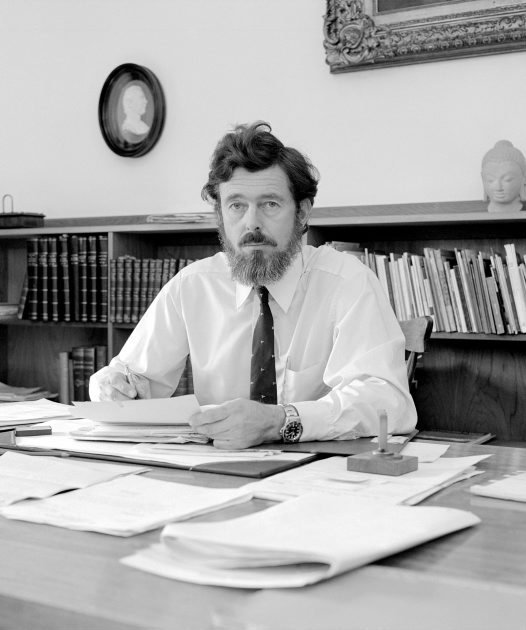 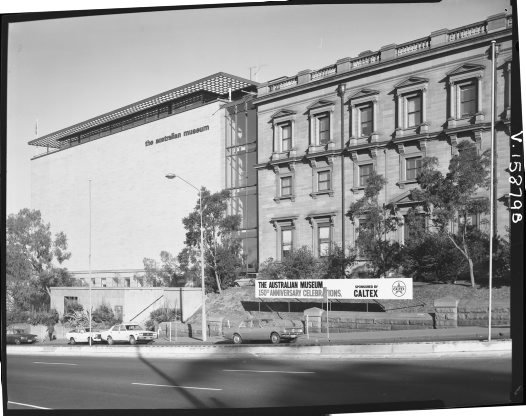 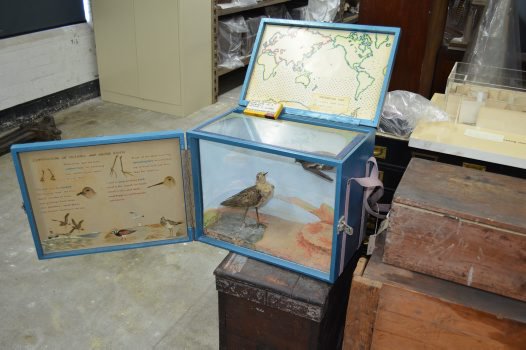 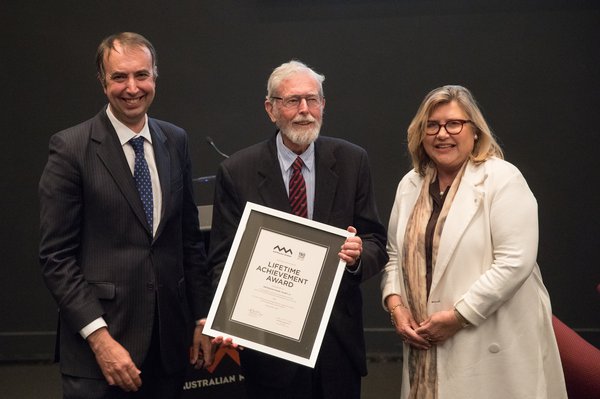 With new on-site exhibition and work spaces – the Museum also began to explore new modes of external content delivery to engage and connect beyond the sandstone façade. The innovative ‘Museum-in-a-box’ program was launched in 1965. A proto-type ‘Sea Birds’ wooden case with diorama, maps, charts, photographs, coloured slides and teachers’ notes – providing a complete lesson unit in one box - was sent out to schools in the New England district. Obviously it was a hit because this exciting outreach program is still going strong fifty years on.

At the same time the Museum’s photographer Howard Hughes pioneered a film making program. ‘White Clay and Ochre’ a film about Aboriginal cave paintings was produced, sold and also contracted to ABC TV. Hughes was so passionate about exploring this new medium, that in 1967 he put ashore on ‘Dangerous Reef’ off South Australia, with mammologist Basil Marlow. Armed with tinned food, a two-way radio and a container for collecting rain-water, the valiant pair camped in a tin shed for 94 long days and nights filming Australian Hair Seals.

But the enduring change that marked the 1960s for the Museum was a shift in the way it approached science research. In 1966, the new Director marine biologist Frank Talbot, succeeded in gaining the Museum’s first Australia Research Committee (ARC) grant. Modest though it was, this was a breakthrough for Museum research funding and acted as a catalyst for what is now a significant income stream.

Talbot’s next visionary move was to create a Department of Environmental Studies at the Museum. Undoubtedly pioneering for museums anywhere in the world – it was unheard of in Australia. A passionate ecologist, he argued that Museums with their huge repositories of knowledge had a critical role to play in guiding societies to a sustainable future. In 1968 he wrote, ‘[man] is grappling with the problem of his own pollution of his environment, and he is already able to realize that on a global scale he may outstrip his resource needs in the not far future.’

Fifty years later you’d have to say that the Australian Museum of the 1960s was definitely on song. Frank Talbot went on to an illustrious career culminating in his appointment as Director, National Museum of Natural History at the Smithsonian Institute, Washington D.C.

Apex predators such as big sharks play a crucial role in keeping the ocean’s delicate ecosystem in balance. Intense overfishing has not only had devastating effects on shark numbers but also placed huge stress on the entire marine food chain.

The Aboriginal prehistory and archaeology of Royal National Park and surrounding country: A review

Papers from the Echinoderm Conference. 11. A stable system of predation on a holothurian by four asteroids and their top predator