In December 1849 the sailing vessel Thistle arrived in Neutral Bay, Sydney, towing the carcass of a Sperm Whale measuring over 9m long. Not one to miss such a unique opportunity, William S Wall, Curator of the Australian Museum, convinced the vessel’s master to give him the whale to prepare as a skeleton for the museum’s fledgling collection.

Wall lamented on the difficulty in finding a person willing to encounter so “unpleasant,” and, as they imagined, “so unhealthy a task”. He eventually found two Portuguese sailors with experience in whaling to do the job. The carcass was taken to Pinchgut Island, or Mat-te-wan-ye, as it is known to local Aboriginal people, where it was covered in “lime and other preparations”. After two months, a clean skeleton with all the oil and “offensive odour” removed was recovered.

Today, the Australian Museum cetacean (the term used for whales, dolphins and porpoises) collection comprises more than 700 specimens from around 46 different species. It includes a diverse array of skulls, skeletons and other items such as whole animals or organs in spirit, dried baleen, teeth, ambergris samples and a growing frozen tissue collection. The collection is used by researchers worldwide to study many aspects of cetacean biology including the number of species and how to identify them, their distribution, evolutionary relationships, diet, reproductive biology, functional morphology, population structure and health status.

These unique specimens are collected when animals strand on the beach or die at sea and are washed ashore. Such events provide a rare opportunity to learn more about the biology of these elusive and fascinating mammals. For example, the museum’s cetacean collection has been used recently to study morphological variation between different Killer Whale populations and to estimate prey size of various toothed whale species. However, collection staff responsible for collecting, transporting, cleaning and storing these valuable specimens confront many of the same challenges faced by Wall more than 160 years ago. Not only are cetaceans generally big, but their bodies contain significant amounts of oil, which, if not effectively removed from the bones, will continue to ooze for many years causing a multitude of storage and pest problems.

The Australian Museum has used a range of techniques to clean whale and dolphin skeletons over the years.

During the 1970s and ’80s, skeletons were prepared in a room in the basement known as the “maceration room”. The de-fleshed bones of small to medium-sized whales and dolphins were placed in a large stainless-steel vat containing water which was heated to remove the flesh. This method worked well but eventually the room was demolished and other ways to prepare skeletons had to be found.

Flesh-eating dermestid beetles are another method used by the museum to clean skeletons but the bones of marine mammals tend to remain oily unless treated with chemicals such as ammonia. In 1989, aquatic organisms were used to clean the skull of a 14m Bryde’s Whale, one of the largest single items in the AM’s mammal collection. The head and part skeleton were suspended in Lake Wapengo on the New South Wales south coast, with the cleaned skull and bones shipped to the museum several months later.

Cetacean carcasses have been buried at various sites along the NSW coastline to be dug up later. The most recent exhumation was in March 2017, when three Dense-beaked Whale skeletons were exhumed from a 3m pit on Lord Howe Island. Unfortunately, burying is not an ideal solution as it often causes significant damage to the bones.

Faced with a similar problem of how to prepare marine mammal bones, the South Australian Museum constructed a state-of-the-art “maceration” facility adjacent to the sewerage works near Adelaide. During the 1980s and ’90s, cetacean carcasses were stockpiled in the Australian Museum’s freezers before being driven across to Adelaide where, for a price, they were cleaned and the bones shipped back to Sydney. The Australian Museum’s walk-in freezer began to fill up with chunks of whale again when it was found that the chemicals used in this process were carcinogenic.

In 2012, John Ososky, a preparator at the Smithsonian Institute in Washington DC, published an article outlining the use of elephant dung and straw obtained from the National Zoological Park to“compost” whale skeletons. We decided to give this latest technique a go – but where to do the composting? Fortunately my mother owned a farm in the Hunter Valley. She had no objections to having a “whale garden” out the back and the neighbouring winery was just far enough away to be spared any noxious odours. Other relatives donated their surplus hay and the local hardware store provided a truckload of mushroom compost to act in place of elephant dung.

And so, one hot summer’s day I found myself driving through the Mosman shopping centre after picking up a Dugong (another oily marine mammal) that had had died in shark nets, destined for the “Hunter Valley composting facility”. The car windows were kept down for fresh air, but at every red light a swarm of blowflies caught up to me. The Dugong was composted accordingly and its skeleton cleaned within a couple of months.

An assortment of other specimens were prepared in this manner including a Sperm Whale jaw, several Beaked Whale skulls and parts of a grizzly bear, all with excellent results. The only glitch occurred one cold winter morning when a Red-bellied Black Snake, unable to resist the heat generated by the heap, curled up amidst the whale skulls, giving me an awful fright when I went to check on them.

Just as it was all going so well, the farm was sold.

Following the loss of the Hunter Valley site, the composting process is now up and running again, this time in a scenic patch of woodland on Sydney’s outskirts, owned by the University of Technology. The move has provided some useful upgrades – a cage sits over the compost pile to deter scavengers such as foxes and wild dogs, and temperature monitors placed inside the specimens monitor temperature and humidity.

A steady flow of cetacean bodies have been cycled through the new facility. The most recent ones being the heads of a Risso’s Dolphin and a Dense-beaked Whale. At this point, the museum’s freezers are relatively cetacean free, but given the turbulent history of marine mammal preparation at the museum, it seems unlikely that they will stay that way for long.

Discover more about whales and cetacean research at Whales | Tohorā, now showing at the Australian Museum.

This article is from the Winter 2018 issue of Explore magazine. 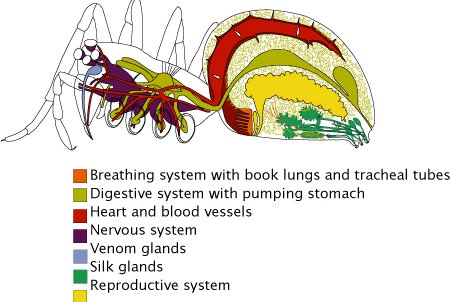