Understanding resource use, social behaviour, changes in abundance or the movements of animals usually requires the tracking of individuals. Wildlife biologists have used many innovative marking techniques, depending on the species in question. And in the case of the rather in-your-face cockatoo we have trialed a rather in-your-face marking system.

Our research group from the Royal Botanic Garden, University of Sydney and AM have repurposed bovine ear tags as avian wing tags, inserting them through the loose, flexible skin that allows the wing to fold. It sounds and looks rather dramatic, so it is important for us to evaluate any animal welfare costs. Sydney’s Sulphur-crested Cockatoos have turned out to be ideal guinea-pigs for testing the efficacy of wing tags.

We tagged 100 individual birds with unique numbers and gave them unique names, which apparently helped endear the birds and the project to the citizens of Sydney. Rather than fly-off into the sunset as we expected, the majority of birds have proved to be extremely site faithful and predictable in their short-range movements. Their habit of foraging in city parks and visiting balconies for treats has meant that the fantastic citizen scientists have found it easy to record their tag numbers, and in many cases send us confirmatory photos via the smartphone app - Wingtags. Occupation of the centre of a large global city has also meant that there are large numbers of people looking out for them.

Over the first four years of the project, all 100 birds were reported by citizen scientists, and 68% of birds were reported more than 10 times, with 14,705 valid records lodged in this period! The first bird tagged, 001 Columbus, experienced a broken “pin” feather when captured in a hand net, resulting in a blood stain that was duly reported by a Sydney resident. But after switching to capture by hand (gloved!) no adverse impacts of tagging have been reported, despite such an intensive monitoring effort. We are unaware of any other wildlife monitoring project that has received this level of surveillance.

Because of the powerful bill and generally destructive nature of cockies, we expected tag-chewing to be a major problem. However, only five birds removed their tags, with a further twelve removing one tag. Still, the ability to identify 95% of animals four years after capture is an excellent result.

Apart from providing data on home range size, movements and the tagging system, citizen scientists provided records of hollow use, diet, handedness and courtship, with some amazing videos of tagged birds going about their business (see links below). The project is still in progress, and collaboration with Lucy Aplin at Oxford University and Max Planck Institute, is producing fascinating information on social networks.

If you ever encounter tagged cockatoos, never hesitate to report them by downloading the Wingtags app available for iPhone and Android. Ongoing, repeat records of the same individual in the same place are very important for our ongoing research. 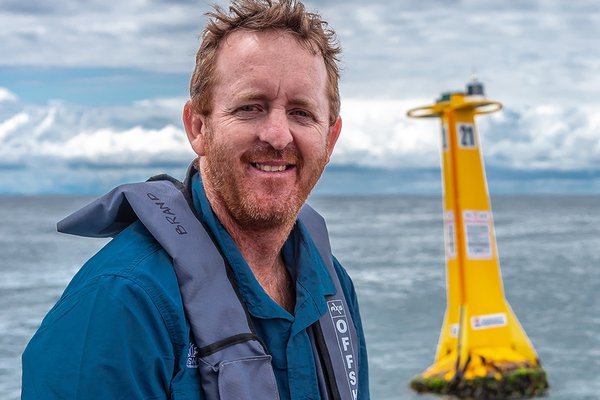 How can you help this world-first study being conducted by the Royal Botanic Gardens & Domain Trust, the University of Sydney and the Australian Museum?

Techniques for tracking amphibians: Harmonic radar versus radio telemetry, and the effects of tag attachment