The Blue Mountains have recently been ravaged by fire. The fires burnt many important rock shelter sites which contain significant collections of rock art and wall carvings. These rock art sites are threatened by increasing frequency and intensity of wildfires, due to climate change, and both the fires and efforts to control fires can damage or destroy rock art sites.

Who speaks for country?

There are six distinct language groups who have traditional rights and custodial responsibilities for the Blue Mountains region. They are the Darug, Gundungurra, Eora, Wiradjuri, Darkinjung and Dharawal people.

The Blue Mountains were, and continue to be, a meeting place for many First Nations Groups. As highlighted by Brown and Clarke (2019), “Our place is still a cultural landscape filled with story and heritage.” In terms of rock art, influences from the Woronora to the south, the Hunter and central coast to the northeast, Kamilaroi country to the north/north-west and Wiradjuri country to the west can be detected, in addition to some early influences from the far northwest or even central Australia. This makes it a unique ‘junction’ or crossroad, which is very different from any other part of Australia with rock art. It also is one of the few well-preserved areas with both lengthy engraved and painted traditions. Furthermore, there is extensive oral history that relates to landscapes, places, sites and images and numerous contemporary Aboriginal connections (Taçon et al. 2007).

How long have First Nations people lived in the Blue Mountains?

Aboriginal people have lived in the Blue Mountains for more than 30,000 years, adapting to multiple episodes of extreme climate change, including the last ice age. However, this long history of occupation remains less well known than in the coastal areas around Sydney, due to the ruggedness of the country.

Why these art sites so important

Rock art provides a tangible link to country and ancestors for First Nations people. These sites also remind all Australians that people flourished in this landscape under a different way of life for thousands of years before the first Europeans arrived. The First Nations groups in the Blue Mountains continue to care for country and practice ceremony today. 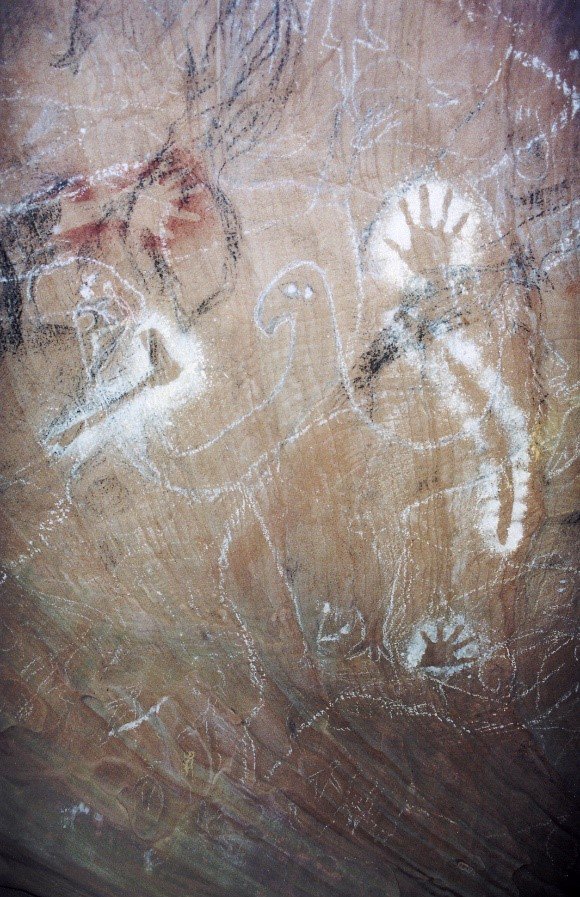 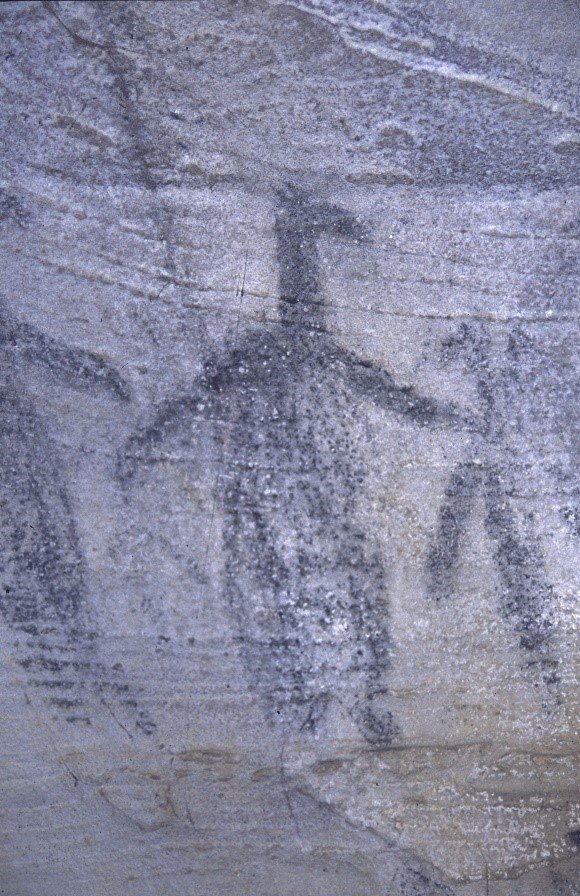 What can be done to protect these sites?

Today, Dr Amy Mosig Way, Australian Museum archaeologist, is continuing this work with Wayne Brennan (Gamilaraay, Blue Mountains custodian), Dr Duncan Wright (ANU) and the Blue Mountains First Nations communities. From the beginning, this has been a shared project with all aspects jointly managed and conducted by individuals of both the Aboriginal and archaeological communities. Together we hope to record and conserve these phenomenal sites.

Valentine, J. 7 June 2020. ‘The summer bushfires exposed Indigenous artefacts protected by bushland. The race is on to save them from neglect’ ABC News. https://www.abc.net.au/news/2020-06-07/bushfire-exposed-indigenous-art-we-must-save-from-neglect/12322258