Scientific discovery rarely unfolds in a straight line. While surveying the vertebrate fauna of Coolah Tops in central NSW, AMRI scientists collected DNA samples from several species of long-eared bat (Nyctophilus species). In order to help identify these morphologically similar bats to species, we compared them genetically to samples from other long-eared bats collected decades earlier from across Australia. The analysis, using mitochondrial DNA genes, showed that one species sampled at Coolah Tops was Gould’s Long-eared Bat (N. gouldi), but that the individuals from WA (used for comparison), previously thought to also be Gould’s Long-eared Bat, were genetically highly distinct and represented a separate species.

Gould’s Long-eared Bat is a small (~12g) insect-eating bat that is widely distributed along the eastern Australian seaboard. In the 1970s it was realised that an isolated population, thought to be the same species, also occurred in far south-west WA over 2,000 km to the west. Our genetic analysis has shown that this WA population is not closely related to eastern Gould’s Long-eared Bat populations. Previous morphological comparisons found relatively minor but consistent differences between these eastern and western Australian populations; however, morphological differences amongst microbat species are often subtle. Taken together, the genetic and morphological data indicate that the WA population represents a species new to science.

We therefore had the honour of giving this species a scientific name. It is now known as Holt’s Long-eared Bat (Nyctophilus holtorum sp. nov), in honour of Mrs Mary Holt and the late Dr John Holt who funded our original research at Coolah Tops through a donation to the Australian Museum Foundation, and have been generous long-term supporters of biodiversity research and conservation in Australia.

The famous British bat taxonomist Robert Tomes was way ahead of his time when he named Gould’s Long-eared Bat in 1858. He thought it was a very distinct species, but his successors disagreed. They thought the differences were too trivial to justify a new species and it wasn’t until 1979 that scientists recognised Gould’s Long-eared Bat really was a valid species. This demonstrates that “cryptic” is a relative term – that is, relative to the knowledge of the time and skill of the observer. Further morphological studies (such as overall skull shape and wing morphology) are likely to identify more differences between Holt’s and Gould’s Long-eared Bats, and in future they may no longer be viewed as “cryptic” species.

This taxonomic research has significant implications for bat conservation. The recognition of Holt’s Long-eared Bat as another range-restricted endemic WA mammal species encourages a greater focus on conservation priorities for a species that was previously thought to have a wide distribution on both sides of Australia. It also clearly demonstrates that we have not yet identified all of the unique species that occur in Australia, even in comparatively well studied groups such as mammals. Since many species in Australasia occur nowhere else, ongoing taxonomic research of our unique biodiversity remains a priority. 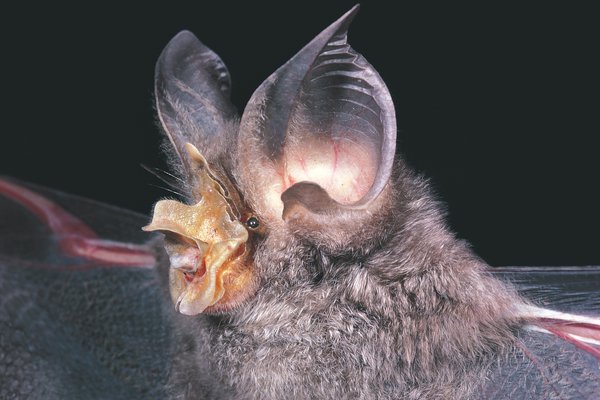 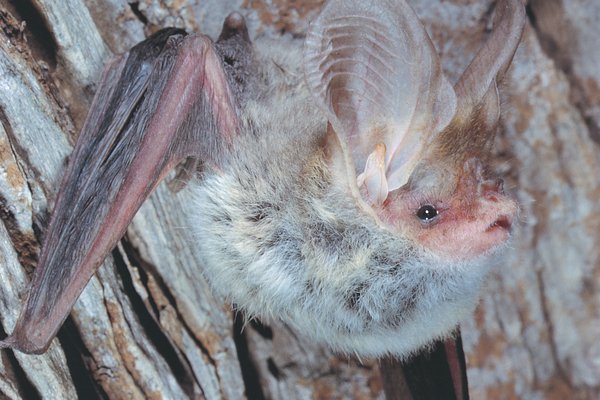 Lesser Long-eared Bats occur in towns and suburbs. These bats are at risk from pesticides and cats.