“AC” (wingtag number 006) is one of many Sulphur-crested Cockatoos that calls Sydney home. It spends
most of its time foraging around the Royal Botanic Gardens, or moving between parks, gardens and balconies in Woolloomooloo and Potts Point.

Every few days, AC leaves the Botanic Gardens early to fly across Sydney Harbour, passing over Taronga Zoo to reach Clifton Gardens. By 9am, AC then returns home, always via a more indirect route, including a stop in Cremorne Point.

What attracts it to these sites across the city at these specific times? Does it commute alone, or is there a social component to its decisions?

Researchers from the Australian Museum, the University of Sydney and the Royal Botanic Gardens are hoping to answer these questions through our citizen science project.

AC wears a small GPS tracking device that records its location every five minutes, and we use this detailed information to confirm data from more than 100 other birds we’ve tagged over the last five years.

Each bird has a plastic yellow wingtag with a unique identification number corresponding to a name – many assigned by members of the public. Citizen scientists then report when they see a cockatoo through the “Wingtag” phone app or at cockatoo.wingtags.com.

To date, we’ve received more than 14,000 citizen science reports. This enormous breadth of data reveals that this population of cockatoos largely inhabit city parks, where they breed in old eucalypt (Eucalyptus spp.) and plane (Platanus × acerifolia) trees. They move between gardens, parks and balconies to forage.

Perhaps most surprisingly, given that Sulphur-crested Cockatoos are strong fliers, is evidence from both citizen science and GPS tracking that suggests most individuals spend their life within a two-to-five kilometre range.

We are also using data to investigate interactions between birds using a “social network” method.

Here, we measure the links between birds seen together at the same location and close in time. Each bird pair then gets a link from 0% (never seen together) to 100% (always seen together). Even though all birds were originally wingtagged in the Royal Botanic Gardens, our social network analysis shows that they are actually part of four communities; two groups centred on Sydney Harbour’s northern shores, a third around the Botanic Gardens, and a fourth that prefers Centennial and Moore Parks.

AC is one the “Royal Botanic Gardens’ community” that spends most time within 2.5 km of the gardens, and in suburbs from Woolloomooloo to Rushcutters Bay. However, these birds still occasionally move to other areas and interact with new individuals, leading to a fully connected Sydney network.

But why do Sulphur-crested Cockatoos thrive so well in the city? Our future research hopes to answer
this question. One hypothesis is that they have a winning combination of “braininess” and sociality. Recent neuroscience research shows that parrots have “primate-like” numbers of neurons in their forebrain, comparable only to corvids, such as Ravens (Corvus corax). More generally, researchers suspect that their cognitive ability is on par with small monkeys.

Other research also suggests that big-brained bird species that are flexible and innovative can invade, survive and persist in cities better than those with more fixed behaviour.

In my previous research at the University of Oxford, I conducted experiments with small songbirds where we taught individual birds a new foraging behaviour and mapped how this behaviour spread rapidly via social interactions throughout an entire local population, creating a “new tradition” that persisted over time.

So could it be similar in cockatoos? Do their social networks act as a “Facebook for birds”, allowing them to exchange beneficial ideas and behaviours to adjust flexibly to urban living?

We’d love you to help us do this research. Join others reporting their bird observations:

You can also send us your reports, pictures and videos of weird and wonderful cockatoo behaviours! We are particularly interested in innovative foraging behaviours, such as levering lids off wheelie bins or pulling up bin liners to access out-of-reach food. With your observations, we will track these behaviours’ frequency across Sydney and test whether communities of birds share similar foraging techniques.

Dr Lucy Aplin is an expert in avian cognition, visiting the AM from the University of Oxford to analyse Sulphur-crested Cockatoo social networks. 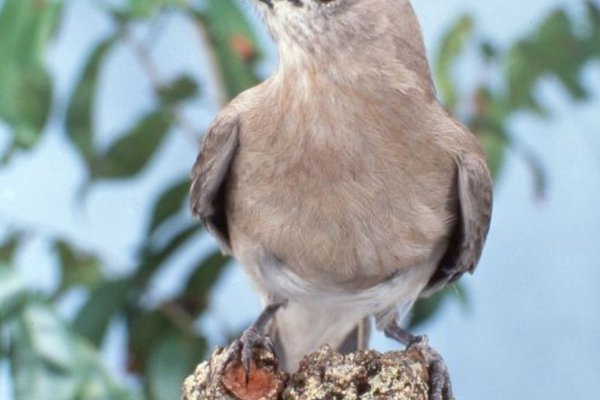 Potential benefits of nest caging for a threatened shrub-nesting bird. 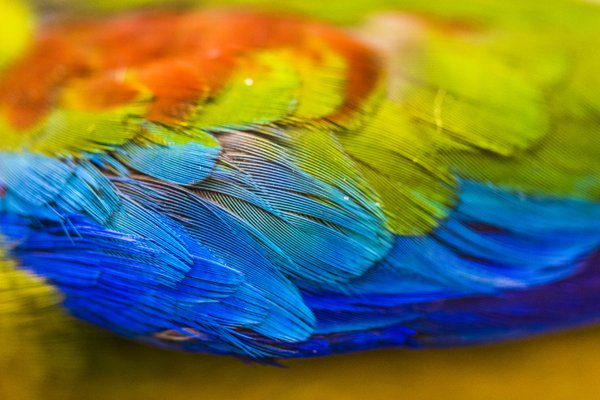 Have you ever danced like a bird? Use our Birds conversation starters for fun suggestions and prompts for how to engage with this exhibition.

Self-led
All ages
Read more
Back to top
You have reached the end of the page. Thank you for reading.