I am not going to lie, the sea was angry that day my friends. The prospect of working, eating, and attempting to sleep on the Iron Joy for the next ten days brought forth the faint taste of bile in my mouth – no doubt due to the topsy turvy seas that lay ahead of us, as Tropical Cyclone Gretel formed not so far off northeast Australia.

Hours earlier, we had landed on Lizard Island via a bumpy charter flight that sucessfully navigated the intermittent rain squalls. We transferred field gear and food rations to the larger research vessel moored in the lee of Watson’s Bay, and then steamed ahead overnight to visit coral reef sites on the northern Great Barrier Reef (GBR).

This research cruise was leg three of a much more expansive trip funded by Parks Australia, that included James Cook University (JCU) who led visual surveys, and AMRI teams from the fish and invertebrate collections (Senior Fellow Penny Berents, Marine Invertebrates and Collection Manager Amanda Hay, Ichthyology). The first two legs of the research cruise had explored the Coral Sea Marine Park, a set of protected coral reefs, sandy cays, and deep sea habitat that rests far beyond the outer edge of the GBR. Apparently the weather, at that time, was nothing short of superb.

Over the next ten days (March 13-23, 2020), our fieldwork leaders Professor Morgan Pratchett and Professor Andrew Hoey, alongside collaborating scientists Dr Daniela Ceccarelli and Miss Deborah Burn, conducted fish and coral surveys to assess reef health. In addition to these surveys, we conducted in situ sampling to examine potential shifts in the growth and longevity of one of the most important commercial and recreational fishes in tropical Australia, the Common Coral Trout, Plectropomus leopardus. Although we strategically missed out on the bulk of the waves and wind associated with Cyclone Gretel, by first heading north to Princess Charlotte Bay at the base of Cape York Peninsula, the unsettled seas made for turbid waters and bumpy conditions throughout the trip. My eyes were nonetheless peeled for dugongs, Dugong dugon, in these northern waters, as Princess Charlotte Bay represents a bastion of prime habitat for such sea mammals, but in truth I was too busy trying not to lose my dive buddy (social scientist Dr Brock Bergseth) to the murk.

My interests on this trip aligned with those of the ARC Centre of Excellence for Coral Reef Studies at JCU, but were of a slightly different flavour. Given that the Australian Museum holds the largest collection of East Australian marine fauna in the world, one might assume we were primed to create DNA barcode libraries because these specimens were expertly identified by taxonomists and carefully vouchered for safe keeping in perpetuity.

DNA libraries are a vital step in further developing non-invasive environmental DNA (eDNA) marine monitoring initiatives (i.e. identifying species from DNA suspended in seawater or sediment). In short, you cannot identify all of the unknown DNA in an environmental sample without a DNA reference library of what animals are known from the region. Most of the AM fish specimens, however, were collected before the discovery of PCR (or Polymerase Chain Reaction) and formalin fixed. Formalin is ideal to preserve hard parts on specimens and prevent their degradation but makes the DNA inaccessible to sequencing. In fact, the AM does not have DNA tissue from roughly 70% of the fishes and invertebrates known from tropical to temperate East Australia. Thus, collecting opportunities to secure DNA tissues in order to build up reference libraries, such as this initiative on the Iron Joy, is critical in the development of eDNA to track changes in coastal fauna as ocean temperatures continue to rise.

Despite the perpetual rocking and rolling conditions at sea, there were some notable highlights from my time diving on the reef as we slowly marched our way south down to Townsville. A repeat “fly by” from a Manta Ray, Mobula alfredi, filter feeding on clouds of suspended zooplankton comes to mind. This is an iconic coastal species originally described in 1868 by then AM Director Gerard Krefft; thegenus has undergone a recent name change and the holotype sits in AM holdings to this day. A pair of massive Potato Cod, Epinephelus tukula, silently emerging from behind their coral bommie to investigate our presence got my heart pumping and chest heaving. At night, as we were tossed around our berths in the dark, visions of brilliantly painted basslets (mainly Pseudanthias squamipinnis), whose profile shifts from orange to pink to indigo as the differently coloured sexes intermingle in large schools above coral outcrops, would keep running through my head.

Although the primary purpose of my participation on this trip was targeted fish collecting, of which 100 species were secured over the course of 10 days, it was hard not to notice the GBR in duress. We observed early signs of coral bleaching based on the apparent fluorescence of coral colonies and coral heads, some of which had already completely bleached leaving behind ghostly white skeletons. This was particularly true at shallow reef sites between Cairns and Townsville. This bleaching was confirmed on a much grander scale by concurrent aerial surveys conducted by the Director of the ARC Centre of Excellence for Coral Reef Studies, Professor Terry Hughes. In fact, partway through our trip, their dedicated survey plane buzzed overhead as we made our way back to the Iron Joy after a dive near Cairns. The current mass bleaching event is the third in five years, and the most extensive on record. The bleaching and associated coral mortality is unequivocally the result of sustained, elevated ocean temperatures due to climate change, an environmental and political problem that the AM is keen to address via a number of outlets.

In closing, only by carefully vouchering specimens along with their DNA can researchers and marine managers effectively exploit the vast potential of emerging technologies such as eDNA to discover new (or invasive) species, qualify species distributions, and assess how climate change is impacting our precious marine resources, particularly the irreplaceable GBR.

This research platform and study was funded by a Fisheries Research and Development Corporation (FRDC) grant and further supported by the ARC Centre of Excellence for Coral Reef Studies at JCU. The Patricia Porritt Collection Acquisition Fund enabled the participation of Joseph DiBattista on this leg of the JCU funded research charter with the Iron Joy. 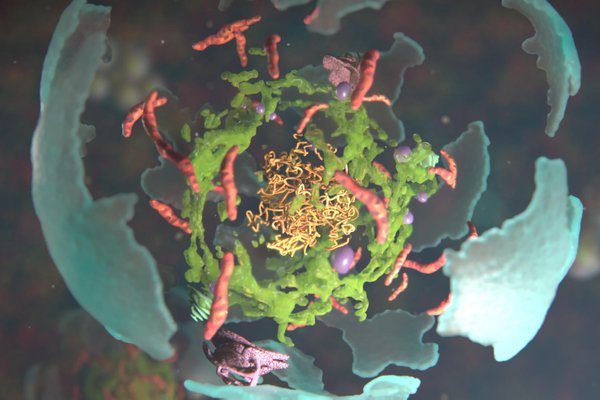 Engage with these eight learning modules about DNA barcoding at the Australian Museum. The modules consist of videos and 3D animations about the application of technology including the polymerase chain reaction (PCR) and DNA sequencing.

A sampling voyage to the extraordinary marine reefs of Oman serves not only to reveal incredible fish diversity, but also to strengthen our ties with Oman’s research institutions.