The Manta Ray, Mobula alfredi was named after Queen Victoria's son Prince Alfred, who survived an assassination attempt in Clontarf, Sydney in 1868.

Two species of Manta are known from Australian waters. The 2009 paper of Marshall and colleagues (see below) resurrected Mobula alfredi, which was originally described by Australian Museum Director Gerard Krefft in 1868, after the attempt on Prince Alfred's life.

Long thought to have been a single wide-ranging species, Manta birostris, the genus is now known to comprise two species. The Alfred Manta and the Manta Ray can be distinguished by a number of measurements but also by size, dentition and spine morphology.

The easiest way to distinguish live fish is by the presence of dark spots on the ventral surface medially between the gill slits of the Alfred Manta. The Manta Ray has no spots between the gill slits. The shape of the whitish-coloured shoulder patches is also a good character - those of the Alfred Manta "eminate from spiracle before curving medially" but those of the Manta Ray are "very distinct and approximately triangular in shape".

Dr Mike Bennett (see Marshall et.al, 2009 in References, below) stated that "The dorsal views are much more difficult to resolve as there is pretty large variability….but look for the lump at the tail base and that can be your quick check…..if it is there = birostris, absent = alfredi." 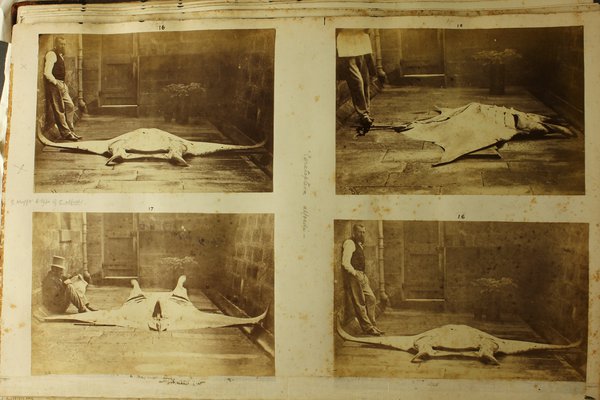 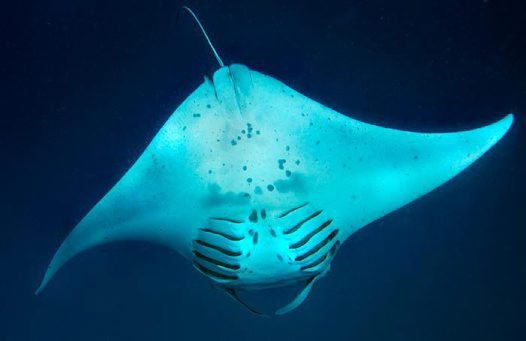 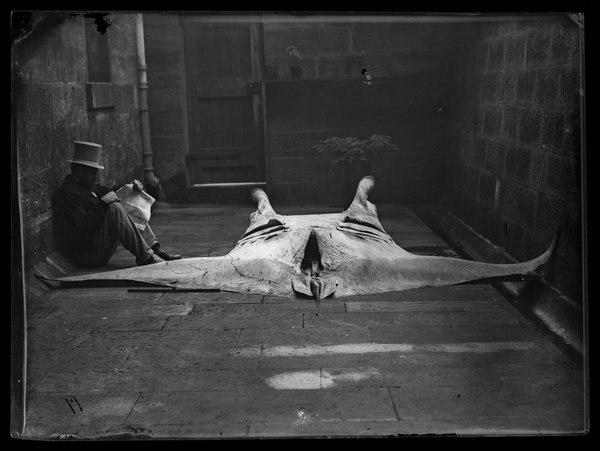 Occasional notes. No. I. Antiquity of man in Australia