The Manaia pygmy pipehorse is the first pygmy pipehorse to be described from New Zealand and the first member of the genus Cylix. It is the eighth pygmy pipehorse to be described from the Indo-Pacific and like all members of this group, the new species has an angled head and prehensile tail. The new species inhabits mixed habitat composed of coralline algae, bryozoans, sponges, solitary corals, and turf algae on rocky reefs at depths of 12-20 metres and has been observed occurring on a vertical rock wall subject to moderate ocean swell off the coastal headlands of Whangaruru at the type locality of Taitokerau Northland, New Zealand. The new species also occurs at the nearby offshore islands, including Pēwhairangi (Bay of Islands), Nukutaunga (Cavalli Islands), Tawhiti Rahi and Aorangi (Poor Knights Islands).

Cylix tupareomanaia makes its scientific debut with the involvement of the Maori tribal group Ngātiwai, in whose territory in the North Island of New Zealand this new species has been observed nearly exclusively. Cylix is a new genus name and is derived from the Greek and Latin word for a cup or chalice as it refers to the cup-like coronet present on the top of its head. The species name tupareomanaia is a coinage gifted by the kaumātua (tribal elders) of Ngātiwai, meaning “the plume of the huia”; the huia was a bird that became extinct in the early 20th century. Tu Pare o Manaia translates as “the garland of the Manaia.” The pare, or garland, references the cup-like coronet on the head crest of the new species, and Manaia is the Māori name for a seahorse, and is also an ancestor that appears as a stylized figure used in Māori carvings representing a guardian.

In a recently published study, the fish scientists from the Australian Museum and Auckland Museum used a combination of DNA analyses and morphological characteristics to identify the new species. Genetically, C. tupareomanaia differs in the mitochondrial COX1 gene from the members of the superficially similar pygmy pipehorse genera Acentronura and Idiotropiscis, which indicates divergence from a common ancestor approximately 12.7 and 13.6 million years ago, respectively. Morphologically, C. tupareomanaia differs from its relatives by the presence of a bony coronet on its head. In contrast, the members of Acentronura and Idiotropiscis exhibit a prominent bony ridge on their heads. Cylix tupareomanaia and members of the seahorse genus Hippocampus share the presence of a distinct coronet; however, micro computed tomography scans of the new species skeletal structure reveal that the coronet is formed by completely different bones than those in Hippocampus. The similarity in appearance between C. tupareomanaia and Hippocampus, including the presence of a bony coronet, angled head, and prehensile tail, is why the new species was originally misidentified as the rare Southwest Pacific seahorse H. jugumus at the Poor Knights Islands, a group of islands off the east coast of the North Island of New Zealand, in 2006.

Five species of pygmy pipehorses belonging to the genera Acentronura, Idiotropiscis, and Kyonemichthys occur in nearby Australia, which is home to a tremendous diversity of fishes in the family Syngnathidae, including 129 species represented in 47 genera. Despite such diversity, only one new species of pygmy pipehorse, the endemic Sydney's Pygmy Pipehorse I. lumnitzeri, has been identified and named in the first decade of the 21st century from southern Australia. Hence, the recent discovery of a new genus and species of pygmy pipehorse​ endemic to the temperate waters of New Zealand is particularly noteworthy! New Zealand exhibits a very small but diverse group of syngnathids compared to Australia and is represented by ten species in five genera – so it’s even more astonishing a discovery when you consider that the last syngnathid discovered in New Zealand was exactly 100 years ago!

The recent discovery of C. tupareomanaia in the shallow coastal waters of the North Island just hours away from the metropolitan areas of Auckland underscores how little we still know about the biodiversity of cryptic fishes in the family Syngnathidae in New Zealand. It would therefore not be surprising to find additional undescribed species of syngnathids in deep water or unique habitats in future fish surveys in New Zealand. 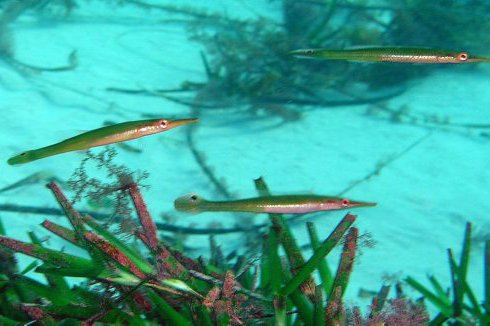 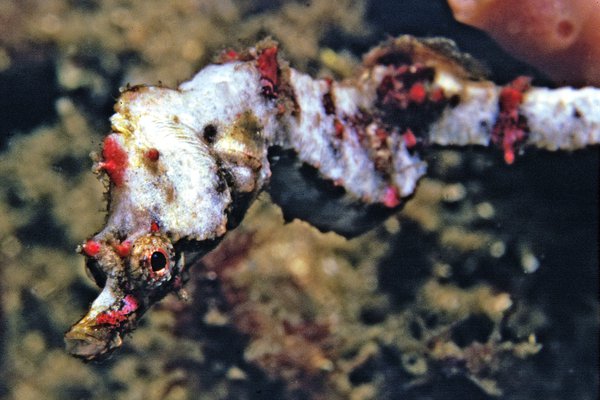