Until now the species has only been known from two small brownish fish residing in jars in the Australian Museum Fish Collection. Nobody had ever seen its live colouration.

The rare Sydney Scorpionfish was named in 2004 from specimens collected by Australian Museum scientists. In the ten intervening years, no trace of the species has been found.

The species is only known from Sydney Harbour. In fact the two specimens at the Australian Museum and this new colourful specimen were all encountered in the same location – Chowder Bay.

The heroes of the story are Rebecca Ramaley and Dorothy Lee who saw the small fish under the jetty during a dive at Chowder Bay in February 2014. Neither diver recognised the fish but both had heard about the elusive Sydney Scorpionfish. Fortunately they recorded video and took photos.

Rebecca contacted scorpionfish expert and AMRI Research Associate Dr Hiroyuki Motomura who named the species. He confirmed that the fish was a Sydney Scorpionfish and asked Rebecca to contact me. Her email 'blew me out of the water!'

Thank you Rebecca and Dorothy for your curiosity and for allowing the use of your video and images. It was worth waiting ten years to see the live colours of this beautiful little fish. 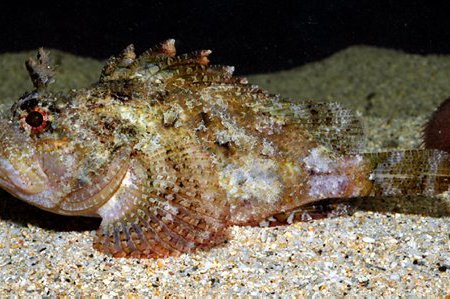 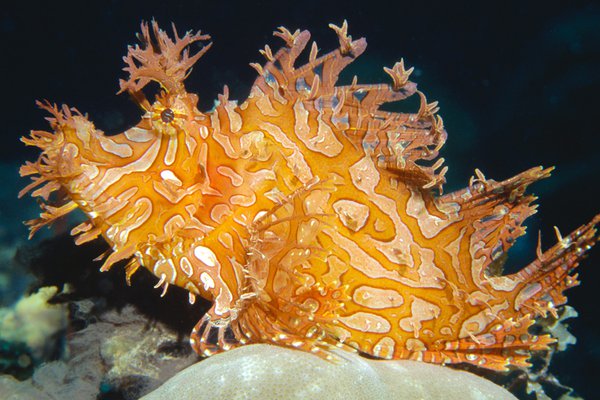 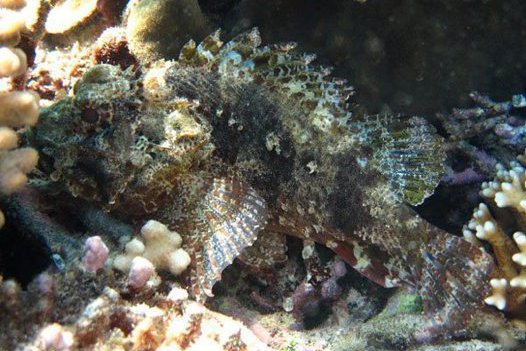