Afterlife is a blog series containing stories related to burial and mourning practices in different cultures.

Commoners in ancient Egypt attempted to make their way to afterlife by less-costly means than their rich superiors. Ordinary people were usually buried in single coffins made from reeds or clay - crafted by the potters. Although almond and palm trees grew along the banks of the Nile River, these soft woods were not suitable for coffins and proper timber was pretty scarce in the Egyptian Kingdom.

The quality hardwood for wealthy mortals was usually imported from Lebanon, renowned for its cedar trees. Trade in Cedrus libani was often conducted with a help of the Phoenicians. Large cedar and pain tree trunks made into rafts were towed from Byblos, first by sea and then up the River Nile. Because of its size, cedar was used for beams in large buildings, boats, furniture and funerary objects. Its strong fragrance made cedar especially valued for holding mummies of upper class people.

Wooden coffins were made with clever joinery and a glue of boiled cartilage and bone, which also coated the surface smoothly to enable painted decorations and inscriptions. For painting, natural mineral pigments were mixed with gelatine, gum or egg white.

Coffins of Egyptian royalty were the most elaborate, sometimes several of them nested, one box within another. Royal tomb was the sarcophagus made of limestone, granite or even precious metals, often richly decorated with carvings. In time sarcophagi was meant to protect precious mummies from grave robbers. This protective function had only a qualified success as the robbers (ancient and modern) as well as archaeologists (so called and real) marked them up for a rich plucking.

Our coffin appears at the lower spectrum of wooden boxes, obviously intended for an ordinary, not a high-ranking person. The lid is carved from the one piece of timber but the actual trunk is made from several bigger and smaller pieces joined together, suggesting economising on the use of wood, repairing a damaged coffin, or both. At least some aspects of repairs indicate it was, or part of it was, “modern.” 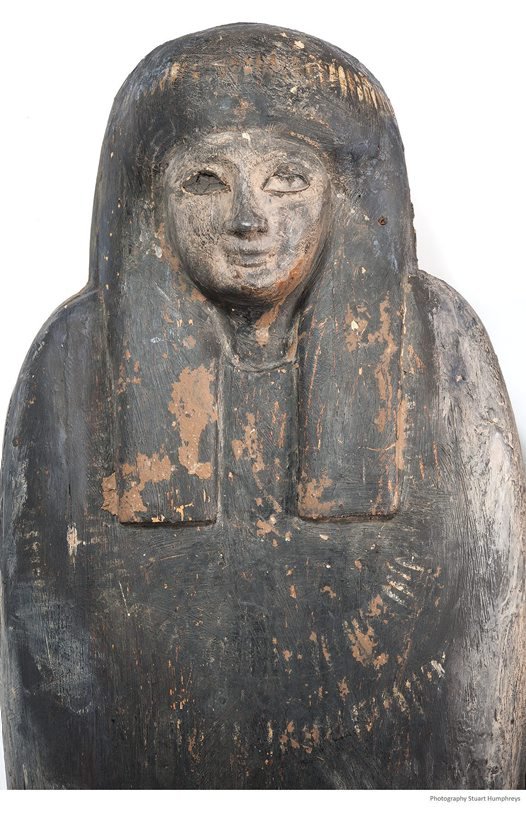 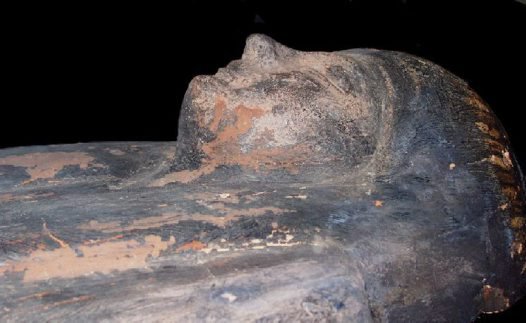 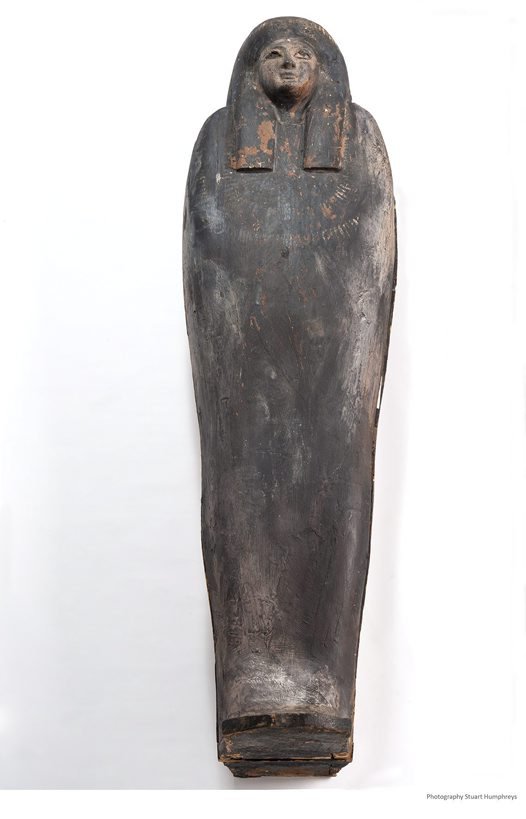 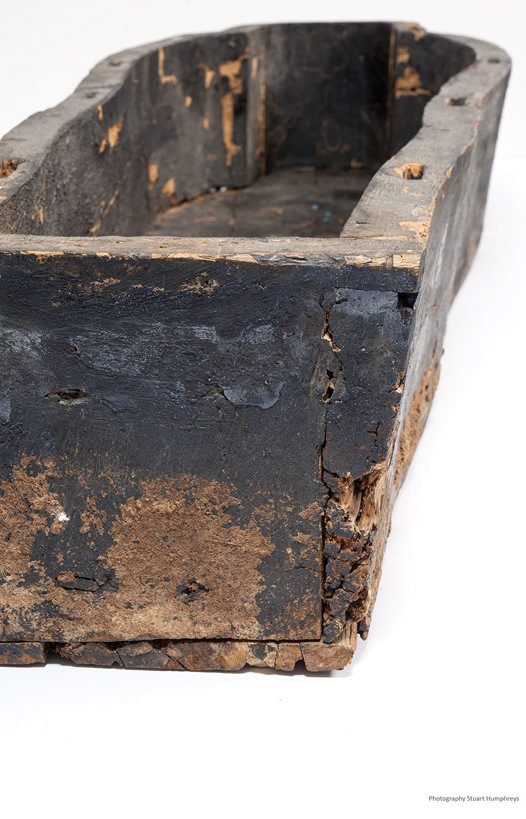 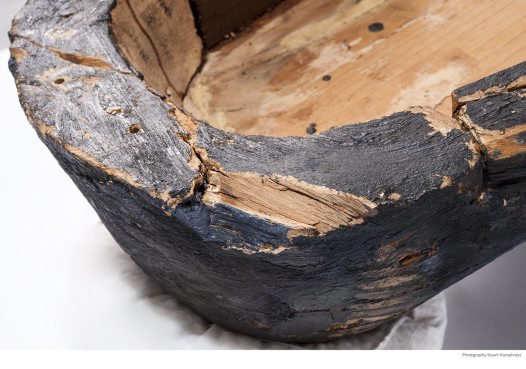 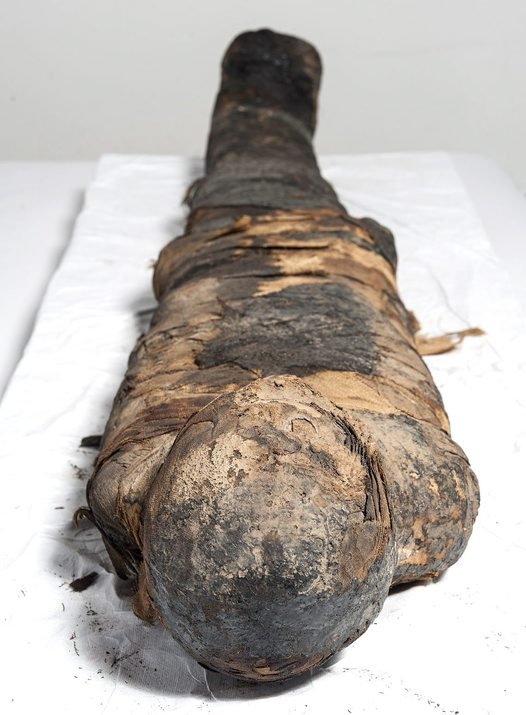 But there are further mysteries. Carbon dating of the wood suggests the age of the lid is approximately 1440 BC, while the age of the box closer to 800 BC (all carbon dates courtesy of Colin McGregor, Australian Museum). Such difference could be a result of wood sampling or contamination. But the carbon date for wrapping is about 10 BC, sounding caution in speculating about the age of the mummy, to which we later return.

Furthermore the coffin was repainted with dark, nearly black paint, indicating the intention to cover the original painting, possible inscription and the line-drawings scratched into the original surface inside and outside of the coffin. This plain repainting is probably the strongest indication of repurposing the coffin, probably for a different mummy for whom it was originally made. And this adaptation was a visible shortcut, since no attempt was made to indicate through painting, inscriptions or images anything about the identity of the human remains inside.

Carbon or radiocarbon dating (also known as carbon-14 dating) is a method for working out the age of an organic material (wood, charcoal) by measuring the relative proportion of decaying carbon 14 in relation to stable carbon 12 (and 13) present in organic matter. A Lower proportion of carbon 14 indicates a longer period of time which can be calculated, with a varying degree of precision, in years elapsed since the wood was cut or burned.

The Faces of Mummies