The cult of Apis was hugely popular throughout Egyptian history. In the complexity of Egyptian beliefs, Apis was an intermediary between the people and the principal gods – some believing that Apis was an embodiment of Ptah when alive and Osiris when dead. At some later stage, the cult of Osiris and Apis became so closely intertwined that it evolved in the Greco-Roman period into Serapsis – a combination of two gods in one.

3D interactive model of a bull

View the Bull Apis on Pedestal3D for full screen and additional functions.

Blending the metaphorical and tangible, Egyptian priests kept and venerated a real bull, Apis in Memphis, where special rituals and reverence were bestowed on an actual animal. It was a focus in the annual seven-day long Apis Festival and important in oracle – prophecy, where its movements and actions were interpreted as meaningful signals from gods. Other carefully selected and marked bulls were offered as a sacrifice to Apis. 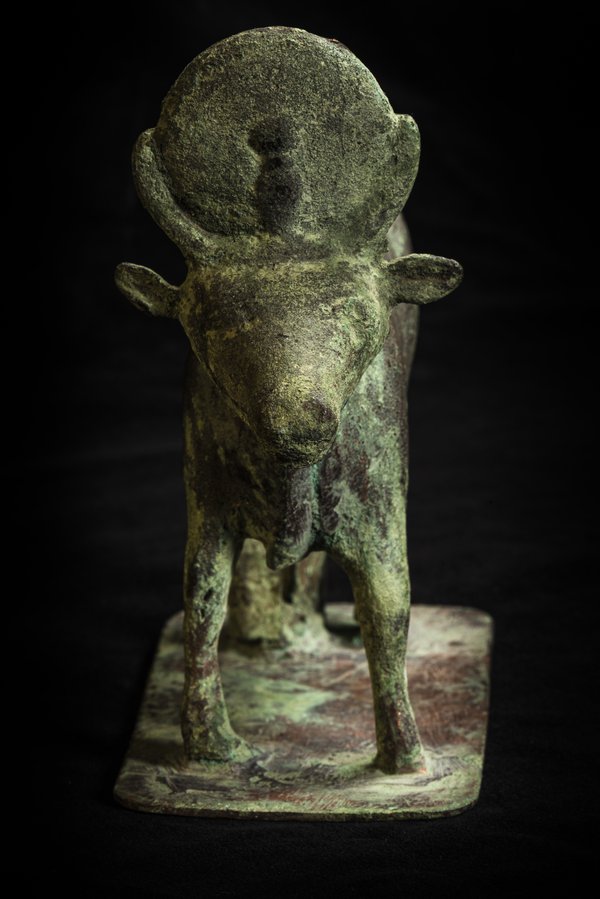 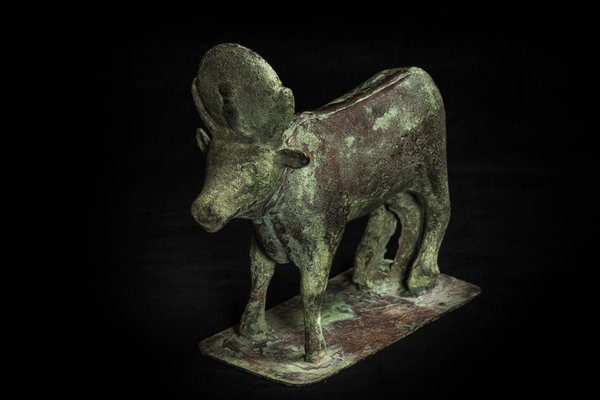 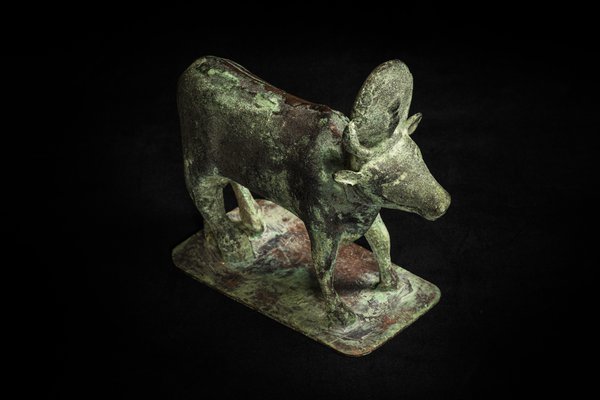 There was only one Apis at a time and he lived in luxury, spoiled with grooming and a ‘harem’ of selected cows kept exclusively for his pleasure. An Apis displayed specific qualities, including a black body with a white diamond on the forehead and an image of an eagle on its back. It also needed a double number of hairs on its tail, and the sign of a scarab under its tongue. The mother of an Apis was held in great regard, and given the title "Isis cow."

The Apis bull normally died of old age. However, some believe that if the bull was old and unable to fulfil his function, priests would hasten his departure by drowning him. After the bulls’ death, during the Late Period, a sixty-day national mourning was observed, in which Egyptians had their heads shaved and abstained from eating meat. Following the lavish funeral the bull’s head and bones were preserved and placed in a decorated coffin for burial. Eventually the animal was laid to rest with a dedicated commentary. Some Apis tombs are known from the period of 19th dynasty (1295 -1186 BC).

The nation-wide search for a new Apis was a difficult and complex task for the priests. Among many conditions to fulfil, the candidate must have been the fruit of miraculous conception. The new Apis was brought to Memphis on a beautifully decorated boat built specifically for the purpose.

There were strong parallels between the King and Apis – both were living gods who commanded nearly equal reverence and both became Osiris when in the afterlife.

Osiris was the God of the Afterlife, the Underworld and the Dead in ancient Egypt. He was typically depicted as a man with a pharaoh's beard, green skin, partially wrapped like a mummy on his legs, wearing a distinctive crown with two large ostrich feathers on each side, and holding a symbolic crook and flail. 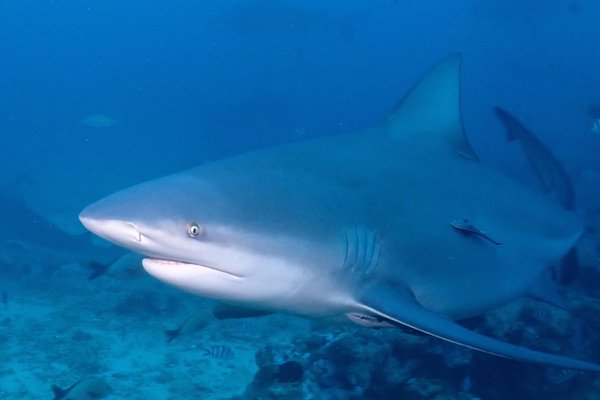