Kids Teaching Kids is an amazing program that places environmental solutions to kids, our future. One of the founders of this program argued that famous phrase we have all heard when we were young you are the future - with the question why can't I be the future?

I was invited with Lynda to go see the program Kids Teaching Kids to have a look and to see if the Australian Museum would be interested in hosting it sometime in the future. The Sydney program (which occurred around the country during the week) took place at the Taronga Zoo and was specifically focused on the theme of Climate Change and Endangered Species. At this location, over 220 students came to participate in student-run workshops and presentations. During the day, Susan (from the Coalition of Knowledge Building Schools and our invitee), Lynda and I followed a local Boys High school, as they have close ties with the Australian Museum.

This was the first time the conference was held at the Taronga Zoo, and it was so much fun - and I was only watching!!

Who doesn't have time for baby elephants?

The presentation that the boys gave was held in an education room right next to the elephant enclosure. While we waited in the bamboo bungalow, we had a great view of the two baby elephants playing. Much fun!

The boys focused their ecological issue on their local park, Ashfield Park. They would in the end, present two outcomes of the park’s future: one of sustainability and one of destruction from the lack of care.

The presentation began with an interview of the first Mayor of Ashfield (early 1900s), who presented a film. This film was a graphic animation tour of the park’s history. Did you know that there is a monument to Mary Poppins in Ashfield Park? Apparently, the Mary Poppins author, P.L. Travers, lived in Ashfield for a while. Well, I didn’t know this.

Each historical interviewee presented a film presenting a segment of Ashfield Park. One film was the “documentation” of the finding of a time capsule, inside the capsule held another film showing a scientist from 2010 (the geekiest scientist with the oddest twitch I’ve ever seen) predicting the eventual destruction of Ashfield park as early as 2025 if the care over the park continued to decline! In the end, his predictions came true, with paper strewn about the park- very dramatic.

Three students presented the future, two created models, the third created a board game (after Monopoly). The two models presented two different versions of the park’s future - sustainable or destruction. The sustained park was very clever with the students' ideas on how the park could be utilized in a sustained world with the dominate color being green (as that is the color of sustainability), a soccer field (due to its ever growing popularity), an international greenhouse (to celebrate the cultural diversity within Ashfield), and a sand pit for children (as many parks today don’t seem to take young children into consideration), this park also included a community exercise area (in order to fight obesity).

Or a Hopeless End?

The destroyed park of the future was quite scary and very creative. In order to create this version, the students had to research exactly what it takes to maintain this particular park, which includes laws and regulations. What if these laws and regulations were removed? The park included areas:

Leave the Future to Chance?

The game was quite clever too. Though they didn’t provide an overall demonstration of the game (individual students came up to try and play), it was essentially a question game, if you got the answer wrong, you pull and bad card or if you answered right a good card.


At the end of the presentation, sheets of paper were passed around to let us write down our predictions of what the park will look like in 2025. Once collected they placed them in their own time capsule which would be buried at the park and reopened in 2025. I hope they remember!


Fun yes, but does it work?

Absolutely fantastic, so how successful is this program? Well! This was such a wonderful program, to get the issues solved by the people who will eventually have to. We have all been told that “we are the future,” but one of the founders of the program remarked why couldn’t they be the future now? Across Australia alone nearly 300 schools are involved, with some 20,000 students who have already participated. This is active solutions in the works. I wonder how many of these ideas will come to fruition. I was even more astounded that they also have an International Kids Teaching Kids program. Hmmm, the thoughts and inspiration stir. 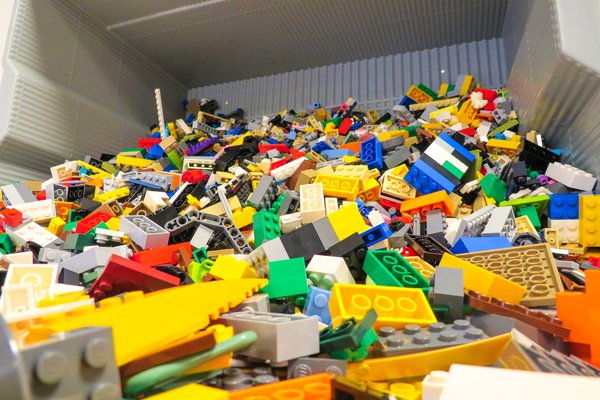 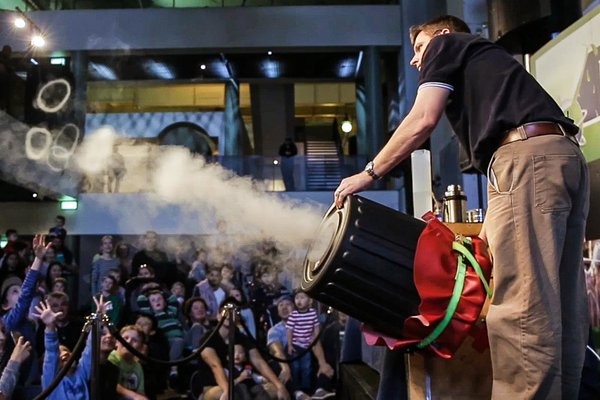 Join this free science workshop for kids and their families, exclusive to AM Members. 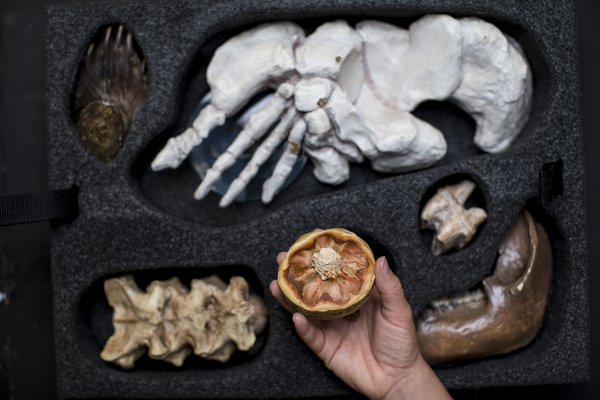 Museum in a Box

The Museum in a Box program is currently paused.

Free General Admission
Open daily 10am-5pm
Find out more
Back to top
You have reached the end of the page. Thank you for reading.