At the Australian Museum we've been using a staged strategy to implement this new technology, aiming to create the most engaging experience for our visitors.

Over the years the museum has produced a number of different mobile applications with varying purposes. The majority of these applications have either showcased a collection or presented information to users through different user experiences (UX).

Along with these projects there have been numerous discussions regarding producing a Museum wide app. But until now, with the introduction of beacons, the technology hadn’t seemed quite ready for what we’ve wanted to achieve for our visitors.

The beacon technology presented a great opportunity for the Museum, however we wanted to engage in further review before we dived in to using the technology widely within the museum.

What is a beacon?

There are a few definitions currently used but for our purposes we are defining a beacon as a low energy blue tooth device that transmits a signal, that signal can then be interacted with by other devices. For a more comprehensive explanation of the different terms in circulation..

As part of this review we decided to use existing projects to implement the technology and complete the review in stages. This strategy was established to save time, money and resources, as it meant we did not require a whole new project to be established for evaluation.

The stages of the strategy were created to evaluate:

These stages were established based on what we thought could be evaluated most efficiently and what the most stable hypotheses were, that would be used in other iterations of the technology.

Earlier in the year, we released the mobile app "Art of Science (AOS)", showcasing the collection of the superb Scott Sisters along with current ALA data. The project was part of the Apps4NSW program established by the NSW government. The developers we worked with were BeaconMaker, a brilliant company that specialise in Beacon and mobile technology.

Toward the conclusion of the AOS project, we discussed with BeaconMaker how beacons could be used around the museum to engage with our audience.

From those discussions we decided as a first step of our review, we would implement a small number of beacons in the museum to do some initial tests. The purpose was to evaluate quickly and efficiently if/how we could implement the technology more widely across the museum.

For the test, a small update to the AOS app was completed that included additional pop-up functionality. The update meant that when a user of the app was in the museum and standing in close proximity to a beacon some kind of interaction would happen. Note: When a user downloaded the app they would have to op-in to share their location.

If the app were open a pop-up would be triggered on the active screen that included location specific content. If the app was closed then a notification was displayed on the lock screen.

This first stage of the review proved to be very informative and highlighted a number of things. It demonstrated that there was indeed opportunity to apply the technology to enrich our visitor’s experience.

But there were also technical issues that needed to be resolved for the best implementation of the technology. One issue worth noting was the accuracy of the beacon transmissions and the frequency of notification crossover. This issue occurred most often in a space with a large ceiling and beacons on multiple levels of the area. During testing this was quite frustrating for users and disrupted the experience.

From this introductory stage it highlighted the need to move to a richer more customised UX to more effectively evaluate the value the technology brought to the visitors experience. So we quickly moved to another application of the technology, to the incoming travelling show, the Aztec exhibition.

The Aztecs exhibition was developed by the Museum of New Zealand Te Papa Tongarewa in partnership with Mexico’s National Council for Culture and the Arts and the National Institute of Anthropology and History (CONACULTA-INAH), along with the Australian Museum and Museum Victoria. As part of the development of the exhibition an audio guide was created to guide visitors through the exhibition and give greater description to key objects or themes.

For the second stage of our beacon evaluation we built an app that housed all the content for the audio tour and also interacted with beacons placed in the exhibition. The beacons activated a notification on the audio guide app when users were near a relevant tour stop. The app also included a map of the gallery that could be used to navigate to the relevant tour stops.

Our main concern when rolling out the audio guide was the accuracy of the beacons and how well they would operate when visitors where walking around the exhibition.

As highlighted in the previous stage there was a significant amount of crossover from neighbouring beacons which caused confusion with users. However, the actual physical space the exhibition was in had a number of advantages. The height of the roof was consistent throughout the main part of the exhibition, which meant we were able to place the beacons at very similar heights. By doing this, it meant signals were evenly spread and were not falling over the top of each other.

Currently the beacon-activated notification for the stops is a small pop-up that only covers a small section of the screen. This was done to create a non-intrusive experience and allow visitors to quickly close the notification and continue listening and viewing the images from the current stop as they desired. We were concerned however this pop-up was too small and would be missed be some users.

[Update 9/1/2015] - We performed some user evaluation and the finding were largely expected. One of the primary take-away was the beacon notifications were successful in meeting their goal, as users understood their purpose. However they were not heavily used, highlighting the beacons were a nice add-on but were not critical to the experience.

Another interesting take-away was the labels on stops were read as much as the audio was listened to on stops. This was an unexpected outcome as the audio was the focus of the app. It highlighted the importance of still providing text for users to read.

The previous two stages of the review have been about using an existing experience and seeing how beacons can enhance it. However for the next stage we are creating an experience built around beacons or location awareness, then constructing the content.

We are planning on implementing gamification and reviewing the value a different kind of user experience can bring to our visitors.

The implementation of this stage will be the longest yet we are aiming to have something ready for comment by early next year.

Like so many institutions we are working toward staying current with emerging technology but also creating sustainability within the organisation. Having an established strategy is hugely beneficial when making decisions to implement new technologies but also highlights when the old approach no longer relevant. Based on the current trends and advances in technology, beacons look to be playing and larger and more significant role into the future. More to come... 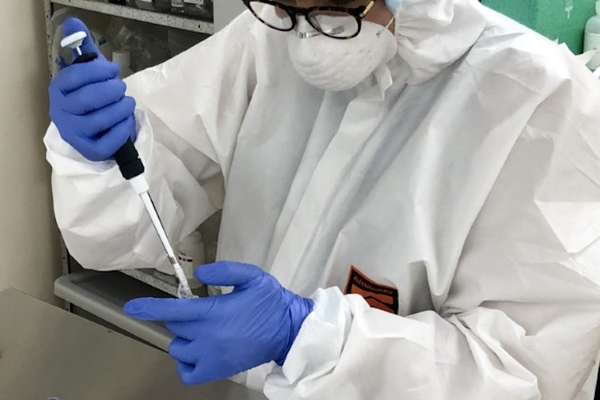 Strategies for moving on in Lithic studies

The food of frogs in a tropical forest

What do frogs eat in the wild? Everything that moves? Or are they more picky?

The ED strategy: how species-level surrogates indicate general biodiversity patterns through an