Also known as the Superb Katydid, this species is the only member of its genus which means it has no close relatives – which is not surprising as no other type of grasshopper anywhere in the world looks like it. This species is widespread in central Australia but seems to be relatively uncommon. This probably is the effect of the unpredictable seasonal nature of the rains out west. When there have been good rains in the warmer months these spectacular katydids have been found on a variety of plants and in places ranging from remote areas to suburban gardens. Some individuals show more yellow coloration and some appear greener. 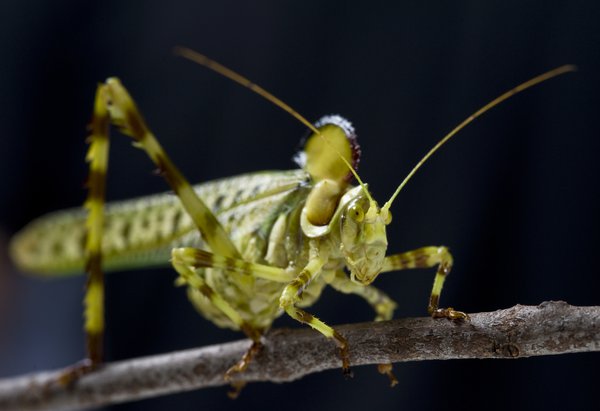 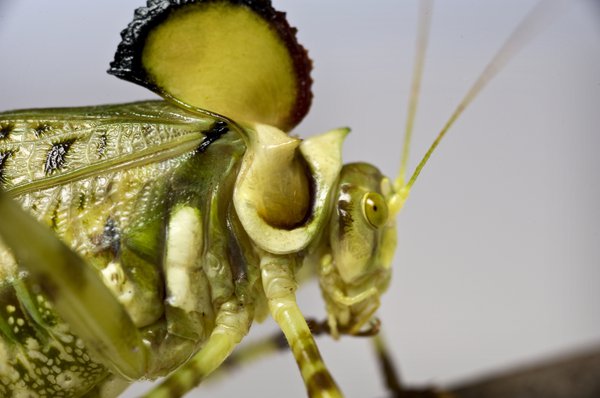 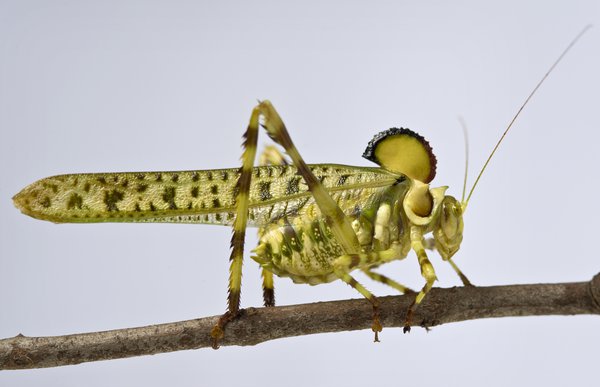 Little is known of their biology and life cycle but it appears as though this katydid feeds on flowers rather than the foliage of a number of plant species. It will also eat nectar and pollen from the same flowers. The females have a very short ovipositor, or egg laying tube, and as a result they probably stick their eggs to the side of plant stems rather than burying them in bark, or the ground, as do other katydids – but in truth we do not know. Nor do we know what happens to these katydids during excessive or long dry seasons. We don’t even know what the purpose of the strange crest on the back is for, but both sexes have this to an equal degree and it is hollow inside.

This recent summer with all the rain out west appears to have been a good one for Crested Katydids however as we have received several sightings of this species from areas within NSW and Queensland. This individual was found and delivered by staff from the Santos gas plant at Ballera, South West Queensland desert, on the 17th of January 2011. The staff there nicknamed it ‘Warnie’ as it was “green and gold". We are hoping she will lay eggs so we can find out more about this unusual species. 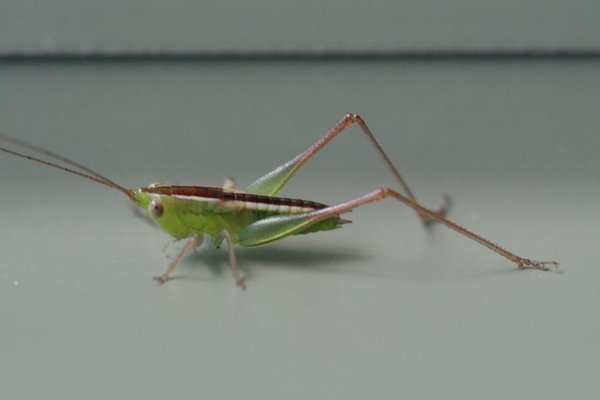 Scientific name
Manucodia comrii
Find out more
Back to top
You have reached the end of the page. Thank you for reading.