The Royal Spoonbill is a large white waterbird with black, spatulate (spoon-shaped) bill, facial skin, legs and feet. During the breeding season, it has a distinctive nuchal (back of head or nape of neck) crest, which can be up to 20 cm long in male birds (usually shorter in females). The crest can be erected during mating displays to reveal bright pink skin underneath. Breeding adults also have a creamy-yellow wash across the lower neck and upper breast and a strip of bright pink skin along the edge of the underwings which is obvious when the bird opens its wings. The facial skin is black with a yellow patch above the eye and a red patch in the middle of the forehead, in front of the crest feathers. Females are slightly smaller with shorter legs and bill. Out of breeding season, the nuchal crests are reduced, the underwing is not bright pink and the plumage is less brilliant, often appearing 'dirty'. Young birds are similar to non-breeding adults without a crest or coloured face patches, and are slightly smaller with a shorter, smoother bill. The Royal Spoonbill is most often seen wading in shallow waters, sweeping its submerged bill back and forth in a wide arc to find food.

The Royal Spoonbill is found in shallow freshwater and saltwater wetlands, intertidal mud flats and wet grasslands. Both permanent and temporary inland waters are used when available in the arid zone. Will also use artificial wetlands such as sewage lagoons, saltfields, dams and reservoirs

The Royal Spoonbill is found throughout eastern and northern mainland Australia from the Kimberley region of Western Australia across the Top End and through Queensland, New South Wales and Victoria, to south-eastern South Australia. It is only a rare visitor to Tasmania and it is not found south-west of Broome, Western Australia through to the Spencer Gulf, South Australia or in central Australia. It is also found in New Zealand, Indonesia, Papua New Guinea and on some south-western Pacific islands.

The Royal Spoonbill feeds mainly on fish in freshwater, and on shrimps in tidal flats; it will also eat other crustaceans and aquatic insects. The structure of its bill limits it to feeding in water that is less than 40 cm deep over sand, mud or clay, where it can sweep the water with its bill. It uses several methods to catch food: slow sweeping from side to side with an open bill, rapid sweeping while walking fast or even running through the water, as well as dragging, probing or grabbing. The spatulate bill has many vibration detectors, called papillae, on the inside of the spoon, which means the bird can feel for prey items even in murky water and can feed by day or night. Once food is caught, it lifts its bill up and lets the items slide down its throat. It will bash shrimps against hard objects to remove their shells.

The Royal Spoonbill forms monogamous pairs for the duration of the breeding season and nest in colonies alongside many other waterbirds, including Yellow-billed Spoonbills, ibises, herons and cormorants. A solid bowl-shaped nest is built of sticks and twigs lined with leaves and water plants, and is usually placed in the crown of a tree over water or among high reeds and rushes. Nest sites may be reused year after year. Both sexes incubate the eggs and feed the young. When threatened at the nest, the adult birds will raise all their feathers to appear much larger and crouch down low over the nest. The young are often fed by both parents for several weeks after fledging and young birds will forage alongside their parents for some time before the family group disperses.

The Royal Spoonbill is not tolerant of disturbances, especially when breeding, and destruction of habitat by land-clearing, drainage, increased salinity or flooding and weed invasion are all detrimental to both feeding and breeding. However, it has benefited from artificial wetlands in some areas. In the Northern Territory, the introduced Water Buffalo threaten freshwater wetland habitats by breaking down levees and allowing salt water to flow in. 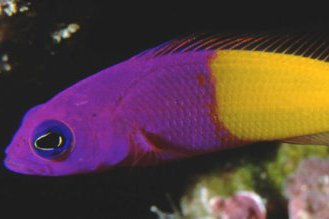 Cainozoic Volcanism in and around Great Lake, Central Tasmania

The Aboriginal prehistory and archaeology of Royal National Park and surrounding country: A review