Ensuring amphibians new to science are considered in conservation strategies.

Amphibians are the most threatened animal group on the planet. With over a third of all species in danger of extinction, ensuring effective conservation management is an ever-present challenge. The first step to amphibian conservation is understanding how many species there are and where they're distributed, which ones are threatened, and just how threatened they each are. For many parts of the world, though, we don’t yet know. In places where threats to amphibians are the greatest, time is of the essence. So together with some incredibly passionate biologists around the world, the Australian Museum Research Institute is working to ensure that the conservation needs of newly discovered Southeast Asian species are determined quickly.

Southeast Asia is a biodiversity hotspot. This region has an incredibly high diversity of plant and animal life, but also has one of the highest rates of deforestation in the world. As tends to be the case the world over, amphibians appear to have been the hardest-hit. Despite this, researchers are almost constantly discovering new amphibian species from the region; between 2006 and 2015 well over one hundred new amphibian species were discovered from Vietnam, Laos, Cambodia, Thailand and Myanmar – an increase of over a third in just 10 years. With 15 new amphibian species described last year alone, there’s no indication that this discovery rate will slow, which means our knowledge of these species and their conservation needs must catch up. Currently Southeast Asian Amphibians are relatively poorly known – particularly these new species – so how do we ensure that the best conservation decisions are made?

To help address this, we are systematically assessing the threat status and conservation needs of all new Southeast Asian amphibians using the IUCN Red List of Threatened Species. The “Red List” allows us to use a combination of biological, environmental and spatial information as well as first-hand accounts from biologists around the world to objectively determine and compare the conservation status of any given species. It’s a big task, but vital to the identification of conservation priorities and ultimately to amphibian conservation on the ground. Having every Southeast Asian amphibian species assessed on the Red List under the same criteria will facilitate informed decisions on where to direct scarce conservation resources.

Since commencing we’ve made considerable progress, and having now assessed most of the species described in the last decade, we can start to see how they’re doing. Over half appear to be threatened (Vulnerable, Endangered or Critically Endangered). This is due to a number of factors such as collection for the pet trade and unsustainable use in traditional medicines, but the greatest threat to amphibians in Southeast Asia is forest loss. In fact, forest loss, largely as a result of expanding agriculture and timber production, was identified as causing population declines in over 90% of species we assessed. The high proportion of threatened species among newly discovered amphibians is in part due to their tendency for having small ranges. It has likely taken so long for many of these species to be discovered in part because most of them are expected from small areas, leaving them vulnerable to threats that affect even a single location.

We are well on our way to achieving our goal of an up-to-date and accurate assessment of all mainland Southeast Asian amphibians so that conservation decisions can be made on the best information possible. We’re confident that this will greatly increase our ability to ensure the long term survival of amphibians in the region, particularly for these amazing new and vulnerable species about which there is still so much to discover.

Acknowledgements
I’d like to thank the Southeast Asia Amphibian Red List Authority working group for their continuous efforts, the amphibian biologists who contribute essential data and invaluable knowledge, Jennifer Luedtke and the IUCN Species Survival Commission (SSC) for their guidance, and the Australian Museum Foundation for generously funding the new species assessments.

Biogeographic and biostratigraphic implications of the Serratognathus bilobatus fauna (Conodonta) from the Emanuel Formation (Early Ordovician) of the Canning Basin, Western Australia

Biogeographic and biostratigraphic implications of the Serratognathus bilobatus fauna (Conodonta) from the Emanuel Formation (Early Ordovician) of the Canning Basin, Western Australia 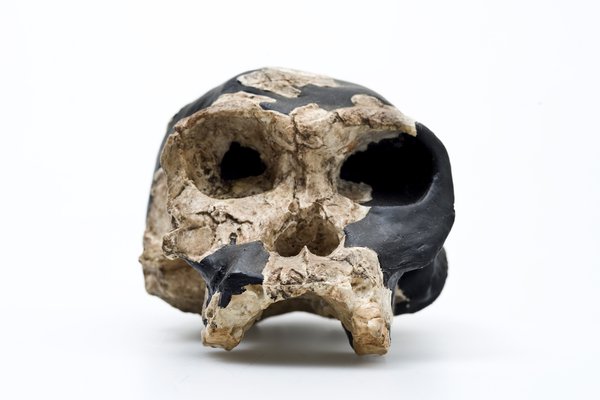