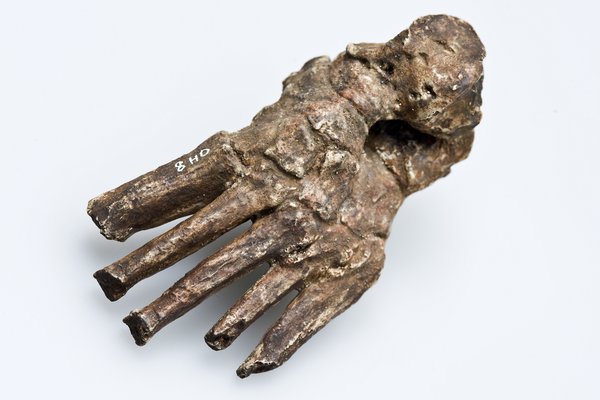 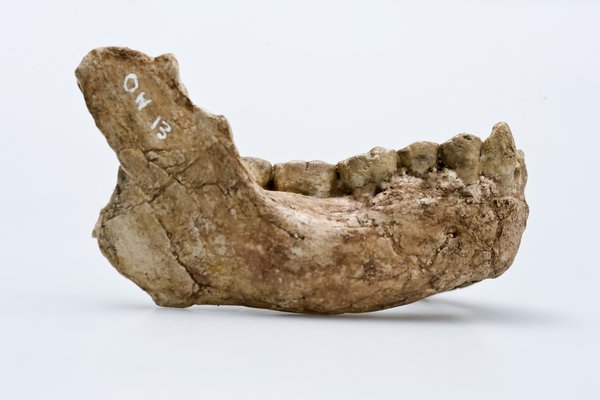 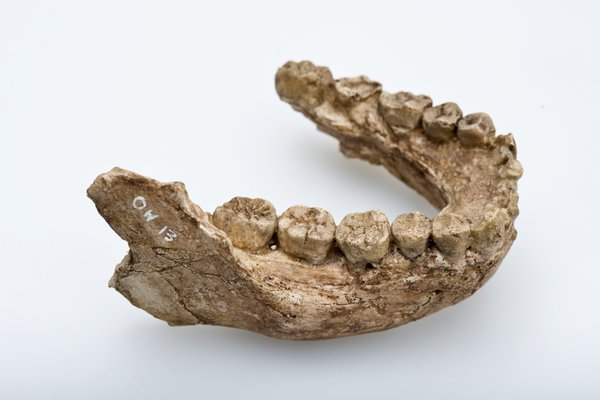 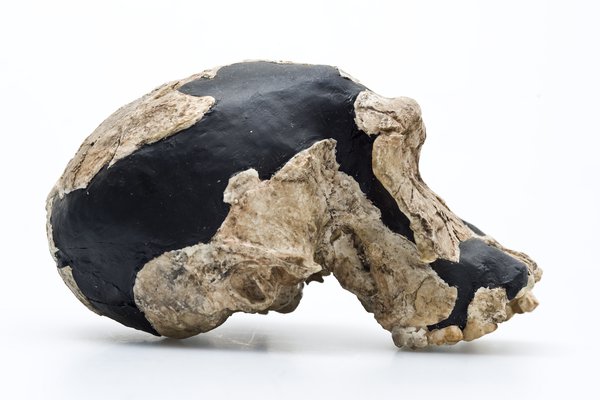 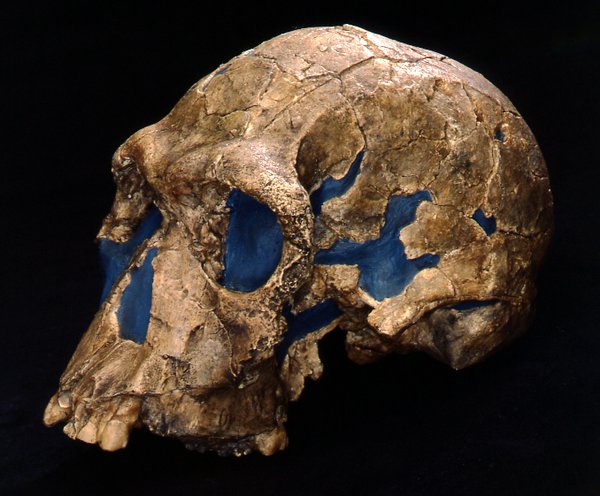 This species lived between about 2.3 and 1.5 million years ago.

Homo, is a Latin word meaning ‘human’ or ‘man’. This is the same genus or group name as the one give to modern humans and is used to show the close relationship between this species and our own.

The word habilis is based on a Latin word meaning ‘handy’ or ‘skilful’. This species known as ‘handy man’ because stone tools were found near its fossil remains and it is assumed this species had developed the ability to modify stone into tools.

The discovery of Homo habilis began in 1959 when two teeth were unearthed at Olduvai Gorge in Tanzania by a team led by Louis and Mary Leakey. Parts of a boy’s skeleton were located at the site the next year and additional fossils from other individuals continued to be found.

Their brain size, features of their hands and feet, and evidence that they may have used stone tools all suggested that a new type of human ancestor had been found. They were officially announced as new species in 1964 but their placement into the human genus Homo was controversial. Additional fossils, including the discovery of a partial skeleton in 1986, have revealed that this species was more ape-like than previously believed.

Fossils of this species have been found in the countries of Kenya and Tanzania in Africa, in particular at Lake Turkana, Olduvai Gorge and Koobi Fora.

This species was initially considered to be a direct ancestor of modern humans but fossil discoveries in the mid-1980s showed that Homo habilis had rather ape-like limb proportions. This evidence led to a reassessment of Homo habilis and its relationship to modern humans. Many scientists no-longer regard this species as one of our direct ancestors and instead have moved it onto a side branch of our family tree.

The debate about Homo habilis continues following the discovery of some skulls at Dmanisi in the Republic of Georgia. Two of the skulls are very similar to Homo ergaster but one appears to have features intermediate between Homo habilis and Homo ergaster and may represent a link between these two species. If so, Homo habilis may be a direct ancestor of modern humans or that they both evolved from a yet-undiscovered species. Homo habilis arose at a time when there is a relative gap in the fossil record (between 2 and 3 million years ago). This makes it difficult to determine where it came from or how it is related to the earlier australopithecines. More fossil evidence is needed to resolve this issue.

Homo habilis has been a controversial species ever since the name was first announced. The fossils originally named Homo habilis have now been split into two groups. One group retains the name Homo habilis although some scientists prefer the name Australopithecus habilis because these individuals have physical similarities with the australopithecines.

The other group consists of fossils with larger brains and larger teeth, including the skull KNM-ER 1470 and jaw KNM-ER 1802. These individuals are now placed in a different species but there is debate as to whether these fossils should be named Homo rudolfensis, Australopithecus rudolfensis or Kenyanthropus rudolfensis.

Scientists often disagree about naming fossil specimens. Scientific names may be changed following new discoveries, different interpretations or new lines of investigation. Homo habilis is a well-known but poorly defined species and scientific opinions about the attributed specimens vary widely. Two specimens at the centre of the debate are KNM-ER 1470 and KNM-ER 1813.

The differences between KNM-ER 1470 and KNM-ER 1813 can be interpreted in various ways.

Homo habilis had a larger brain than earlier human ancestors and this is reflected in significant changes to the shape of the skull. However, many other features including limb proportions are similar to those of the earlier australopithecine ancestors.

Homo habilis may have been the first of our ancestors to make stone tools. This represented a significant change in mental capabilities and a shift toward new survival strategies.

The first crude stone tools consisting of simple choppers, core tools and scrapers were made as early as 2.6 million years ago and are classified as Mode 1 technology. It is uncertain who the makers of these earliest stone tools were. The tool makers may have been early populations of Homo habilis or they may have been made by another species. One such candidate is represented by the fossil AL 666-1, which has been provisionally named Homo sp. (meaning a human whose species is currently unknown).

Mode 1 technology includes core tools, choppers and smaller flakes used as scrapers. They are often called Oldowan stone tools as the first discoveries of these tools occurred at Oldoway (now Olduvai) Gorge, Tanzania in east Africa. These tools were a simple progression from the use of sticks and natural, unmodified stones that our earliest ancestors probably used. The chopping or cutting edges on Oldowan tools were created by using one stone (the hammerstone) to strike another (the core) in order to remove one or more rock fragments (flakes).

Homo habilis lived in a predominantly grassland environment. The climate was becoming cooler and drier and this may have been the impetus for new feeding strategies that included scavenging and tool use. Chemical analysis suggests that this species was mainly vegetarian but did include some meat in their diet.