Homo ergaster was the first of our ancestors to look more like modern humans. These people were generally tall and slender and may also have been relatively hairless. Not everyone accepts this species name, some still prefer to use the term African Homo erectus.

The core group within this species lived between 1.5 and 1.9 million years ago although some classifications include additional individuals that extends their range to between about 700,000 and 2 million years ago. 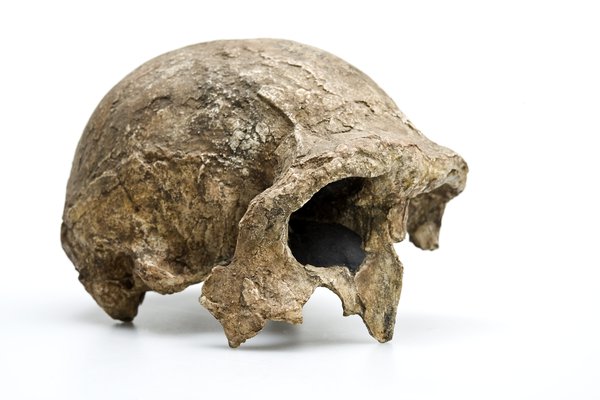 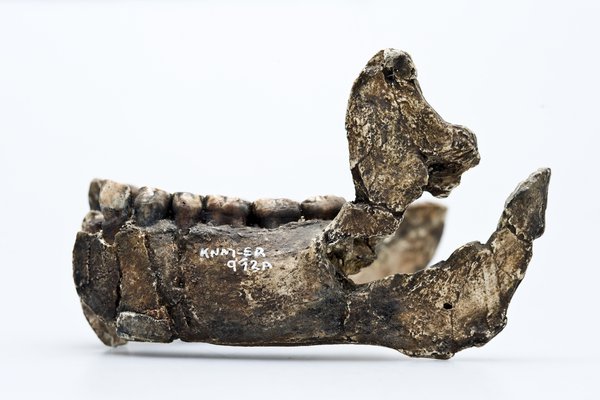 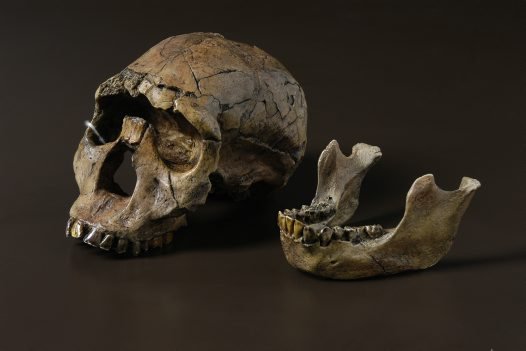 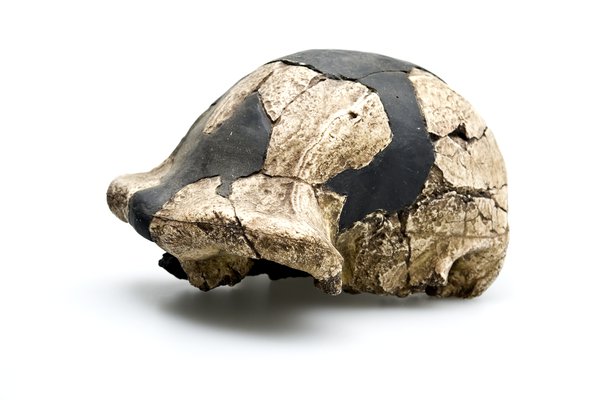 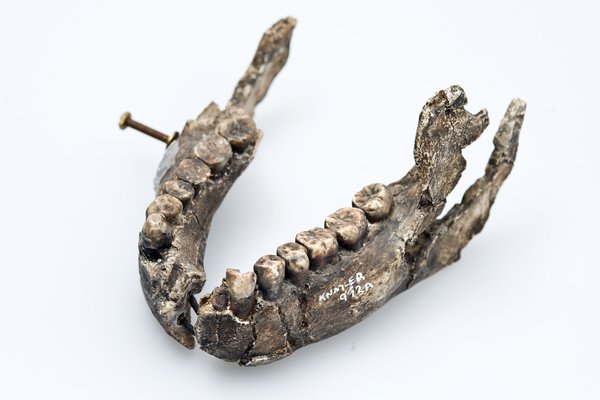 Homo ergaster was first proposed as a new species in 1975 after scientists re-examined a fossil jaw previously identified as Homo habilis. Colin Groves and Vratislav Mazák noticed some unique features about this jaw that made it different to our other human ancestors. These same features were later recognised in a group of fossils that had initially been thought to be early forms of Homo erectus from Africa. All these fossils have now been reclassified as Homo ergaster. New fossil discoveries have since been made and this species is now represented by fossils from males and females as well as adults and juveniles.

Homo, is a Latin word meaning ‘human’ or ‘man’. It is the same genus or group name as the one given to modern humans, which indicates the close relationship between this species and our own.

The word ergaster is based on a Greek word meaning ‘work’, so the name Homo ergaster means ‘workman’. This name was used because large stone tools were found near some of its fossils.

Fossils of this species have been found in Africa and Eurasia. Important sites include regions around Lake Turkana and Lake Victoria, Koobi Fora, Nariokotome, Olorgesailie, Swartkrans and Dmanisi, Georgia.

Some people do not recognise Homo ergaster as a species and instead classify these fossils as Homo erectus. Those who do accept Homo ergaster consider this species to be the common ancestor of two groups of humans that took different evolutionary paths. One of these groups was Homo erectus, the other group ultimately became our own species Homo sapiens.

Some fossils including the ‘type specimen’ (a jaw known as KNM-ER 992) were formerly classified as Homo habilis.

Finds from Dmanisi in Georgia are currently attributed by most scientists to this species, although new finds led to the suggestion in 2002 that these belong in a new species, Homo georgicus. However, this is not widely accepted.

More recently, skull KNM-ER 42700, dating to 1.5 million years old and discovered in Ileret in Kenya in 2000 (but described in 2007), blurs the distinction between Asian Homo erectus and African Homo ergaster. It shows features that had previously only been found in Asian Homo erectus specimens, such as the ridge on the frontal and parietal skull bones. This mix of traits caused some experts to rethink the whether these should be separate species.

This species’ tall, long-legged body, with a flatter face, a projecting nose and a somewhat expanded brain was well along the evolutionary path leading to modern humans but it still possessed a number of intermediate features.

The technology of Homo ergaster became more advanced with the production of new kinds of stone tools. Other aspects of their behaviour also showed some significant changes, including the possible use of fire and increased levels of physical activity.

Large stone tools including hand axes, cleavers and picks (classified as Mode 2 technology) were manufactured. To make these tools, large stone flakes were produced and these were then shaped on two sides to produce sharp edges. This improved technology created more durable tools that maintained their sharpness longer than earlier types of tools. Microscopic examination has shown their tools were mainly used on meat, bone, animal hides and wood.

Mode 2 technology includes straight-edged cleavers, pointed picks and hand axes. These tools are often called Acheulean stone tools after St Acheul in France where similar tools were first discovered during the 1800s. These tools were suitable for heavy duty work including processing bones for marrow, butchering large mammals and woodworking. This new technology was developed by Homo ergaster in Africa and was an improvement on the very simple stone choppers (Mode 1 technology) that earlier ancestors such as Homo habilis had been using for about one million years. Later, Homo heidelbergensis continued to use this technology in Africa and they also took this technology with them when they spread into Eurasia. One of the richest Acheulean stone tool sites in Africa is Olorgesailie, Kenya. Dating shows these tools were made over 700,000 years ago and they may even be up to 900,000 years old.

Fire may have been used as long as 1.5 million years ago for cooking and warmth but whether this was a controlled use of fire is not certain. Charcoal, burnt earth, and charred bones found associated with Homo ergaster fossils may have resulted from naturally occurring fires rather than from intentionally lit and controlled fires.

Recent reports (Current Anthropology vol 52, 4, August 2011) of discoveries in Wonderwerk Cave, South Africa, suggest controlled use of fire may have been occuring by 1.7 million years ago. Stratified deposits contain burnt stones, charred-calcined bones and traces of ash that indicate repeated burning events. The discoverers conclude that the fire-makers, most likely Homo ergaster, regularly gathered around the fire to prepare and cook food and also for social reasons.

None of the Homo ergaster skeletons that have been found so far were deliberately buried. There is evidence however, that they did care for living members of their group who were sick or injured, but they did not seem to be concerned with their welfare after death.

It is probable that these people lived in social groups based on family bonds. A comparison with groups of primates living today suggests that these humans were moving away from a dominant-male social structure. Their developmental rates show that they took longer to mature to adulthood than modern apes, but not as long as modern humans. This feature suggests that Homo ergaster had an extended childhood period in which to complete development to maturity.

About 1.8 million years ago, the climate over most of Africa became drier and more seasonal with extensive savannahs. Homo ergaster was the first human species to take advantage of these more arid and open environments.

In the dry savannah environment, plant tubers would probably have been an important part of the diet. These tough vegetables may have been processed using their improved technology as their smaller molar teeth imply that they ate foods that required less chewing.

Humans are members of a sub-group of the Great Apes known as the hominins (Tribe Hominini).