The genus Paranthropus currently includes three species, Paranthropus boisei, Paranthropus robustus, and Paranthropus aethiopicus. They are collectively known as the ‘robusts’ because of their extremely large jaws and molar teeth. They are our distant ‘cousins’ rather than our direct relatives.

In 1938, a schoolboy found some fossil fragments on a hillside at Kromdraai in South Africa. The fossils were brought to the attention of Robert Broom from the Transvaal Museum and Broom soon located more fragments, all from the same skull. Unique features of the skull included particularly large premolar and molar teeth and a robust or strongly built lower jaw, so Broom announced it as a new species Paranthropus robustus.

The first Paranthropus discovery in east Africa was made in 1959 by Mary Leakey. Since then, more than 300 Paranthropus fossils have been uncovered and three species are now included in the group. 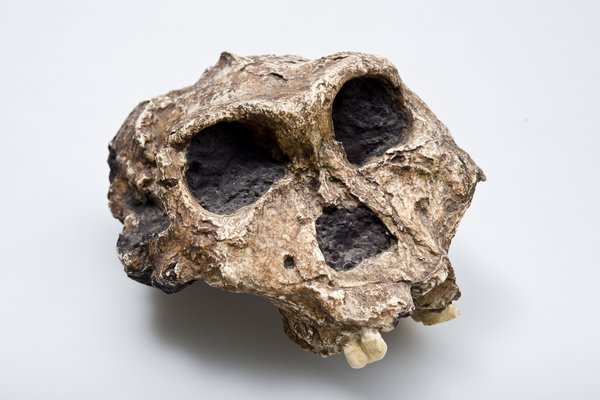 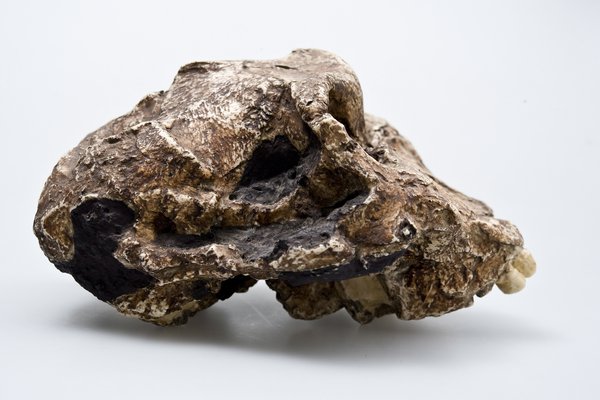 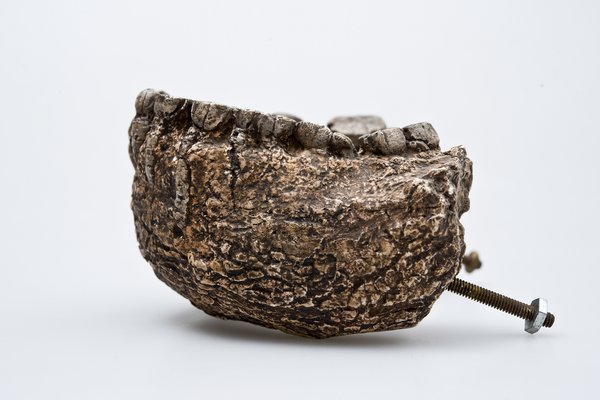 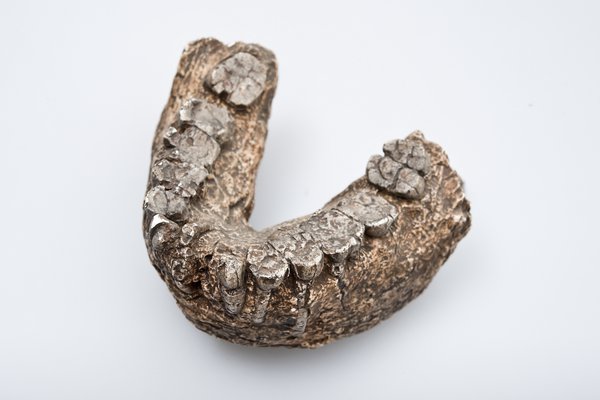 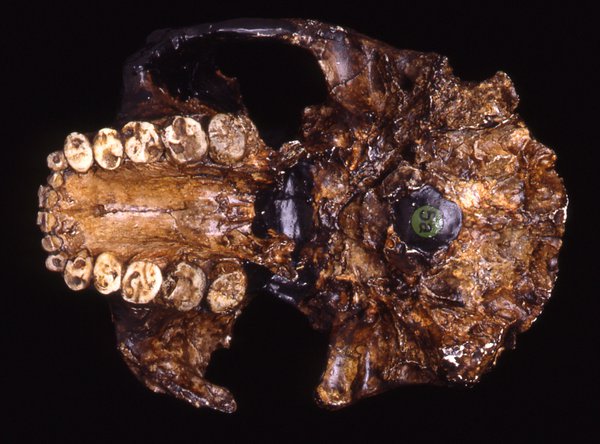 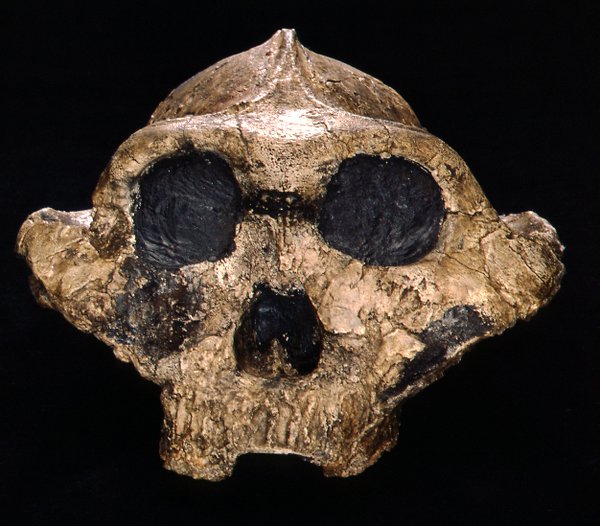 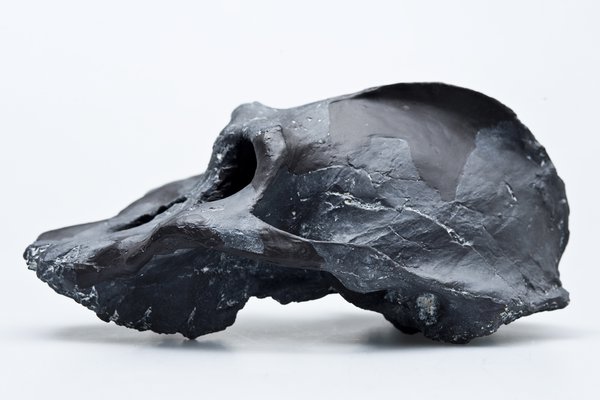 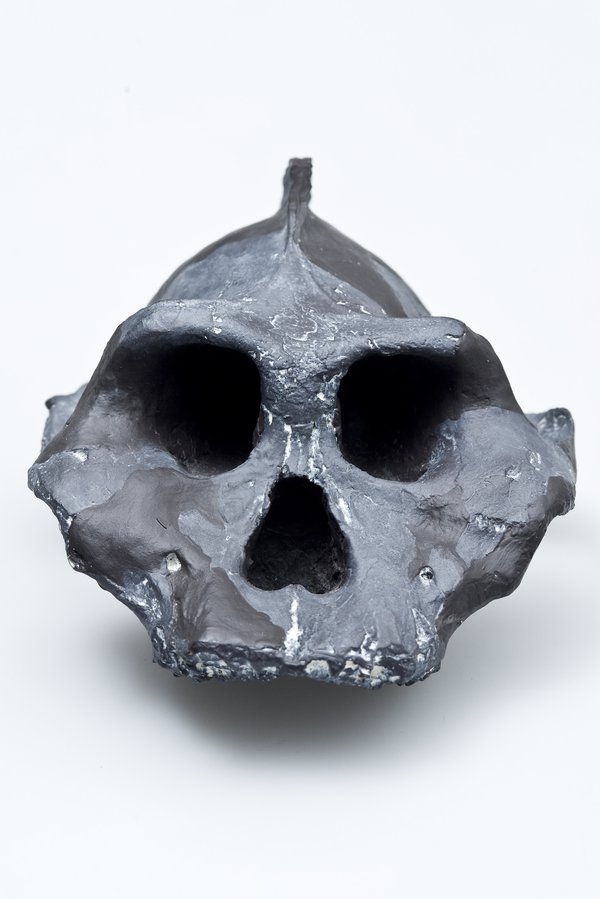 What the names mean

Paranthropus is based on the Greek words, ‘para’ meaning ‘beside’ or ‘near’ and ‘anthropus’ meaning ‘man’.

There are three species in the Paranthropus genus or group. The second word from each species’ scientific name is:

Fossils of both Paranthropus aethiopicus and the more recent species Paranthropus boisei have been found in the countries of Ethiopia, Kenya and Tanzania in east Africa. Fossils of Paranthropus robustus have been excavated from South Africa, including over 100 specimens from the limestone cave of Swartkrans.

The ancestry of P. robustus is debated. Some consider it to have evolved from P. aethiopicus. Others think its ancestor may have been Australopithecus africanus.

It is still debated as to whether Paranthropus is a valid grouping composed of a common ancestor and its descendants (monophyly) or an invalid grouping of similar-looking hominins (paraphyly) resulting from convergent evolution.

Some scientists call the species in this group the ‘robusts’ or ‘robust australopithecines’ and the genus name Australopithecus has sometimes been preferred instead of Paranthropus for all three species. Various other names have been used over the years. Paranthropus boisei was initially known as Zinjanthropus boisei and some P. robustus specimens were originally named Paranthropus crassidens.

The majority of scientists believe that these species did not manufacture stone tools, but they may have used sticks or unmodified stone to access the tubers or hard nuts that were part of their diet.

It has been suggested that these species may have lived in social groups based around a dominant male and several females, similar to modern gorillas.

These species lived in regions of Africa that were dominated by open savannah grasslands and woodlands. There is evidence that the environment was becoming drier after about 1.5 million years ago.

The powerful grinding teeth and jaws of these species suggest that they ate large amounts of tough vegetation. Tooth wear patterns suggest hard foods like seeds, nuts and roots were included in the diet. They may have eaten some meat, but only in negligible amounts.