The Denisovans are the first ancient hominin species to be revealed by genes alone, not by fossil classification. While placed in the Homo genus, they have not yet been given a species classification as no physical description exists. They are named after the Denisova Cave in Russia where the first fossils were found.

The age range of about 500,000 to 30,000 years ago given for this species is based on dating of the few fossils that exist and inferences made from genetic studies and sediment analysis.

Sediment analysis at Denisova cave indicates the Denisovans occupied the site from 300,000 to 50,000 years ago. Denisovan fossils have only been found in layer 11 but are too fragmentary to be dated. Animal bones in the same layer have radiocarbon dates of 50,000 years old but the youngest part of layer 11 dates to 16,000–30,000 years old. The micro-stratigraphy needs more work to determine accurate dates for this layer and the Denisovan remains.

To date, the only fossil specimens come from Denisova Cave, a remote site in the Altai Mountains in Siberia, Russia, and the Baishiya Karst Cave on the Tibetan Plateau in China.

However, genetic studies indicate the Denisovan homeland once stretched from the Altai into eastern Asia. Denisovans contributed genes to present-day Melanesians and Indigenous Australians, so must have been present in an area where they could interact with the ancestors of these people as they migrated across southern Asia.

While placed in the genus Homo, the Denisovans still have no agreed taxonomic name. They are named after the Denisova Cave, Siberia, Russia, where the first fossils were found and identified.

Denisova Cave was, at various times, home to three species of humans – the Denisovans, Neanderthals (Homo neanderthalensis) and modern humans (Homo sapiens). A Neanderthal toe bone, identified by DNA, was found in the cave in 2010 (in layer 11.4 of the East Gallery) and was contemporary with the Denisovan finger bone. Neanderthals also left Mousterian stone points and scrapers in that cave and the region, mostly dated to 40,000 years. The cave also held sophisticated stone tools and bone artefacts that may have belonged to Homo sapiens. Exact dates for the layers that the artefacts and fossils were found in is problematic and it seems most likely that occupation was sequential, not contemporaneous.

Excavations at Denisova Cave have been ongoing since the 1970s, but it was more recent discoveries of human remains that made world headlines.

In 2008 a tiny finger bone (Denisova 3) was recovered from layer 11. As it was well preserved with a suitable date range (50,000 and 30,000 years old), it was sent for DNA analysis. The results of the mtDNA and nuclear DNA sequencing were published in 2010 – the bone belonged to a female from an unknown type of archaic human. While closely related to Neanderthals and modern humans, she was distinct enough to merit classification as a new species. Interestingly, the bone also had small amounts of Neanderthal DNA, indicating that the two groups had mixed previously. As the growth plate on her finger bone was not fused, the girl was aged between 5 and 7 years old when she died.

Other specimens from Denisova cave, all identified through their DNA, are:

The first and, as of 2020, only Denisovan fossil recovered from a different site was announced in May 2019. A mandible, found in 1980 by a Buddhist monk as he explored the Baishiya Karst Cave in Gansu, China, was taken from storage and reanalysed. It was identified using protein analysis, as DNA could not be extracted. It’s dated to at least 160,000 years old through U-series dating of rocky material attached to the bottom of the jaw. The altitude of this new Denisovan’s home — 3,280 metres above sea level on the Tibetan Plateau — while surprising, does explain the Denisovans’ genetic contribution to modern Tibetans (see below).

All the specimens recognised as being Denisovan were done so on the basis of protein or DNA analysis. No specimen has yet been described as Denisovan based on physical characteristics. It is highly likely, however, that some of the unclassified hominin fossils from Asia, such as Penghu 1, Dali and Xuchang 1 and 2 (skull fragments unearthed in Lingjing in 2017) are Denisovan. However, they are not suitable for DNA testing, so their relationship to the Denisovan fossils remains unknown. 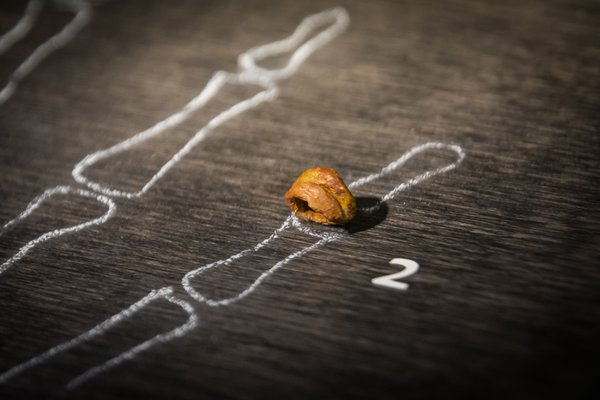 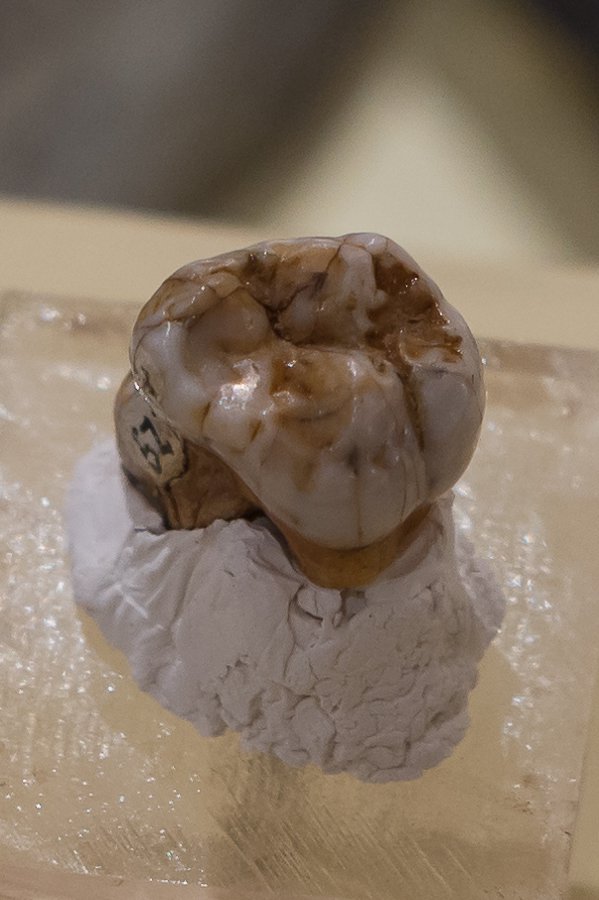 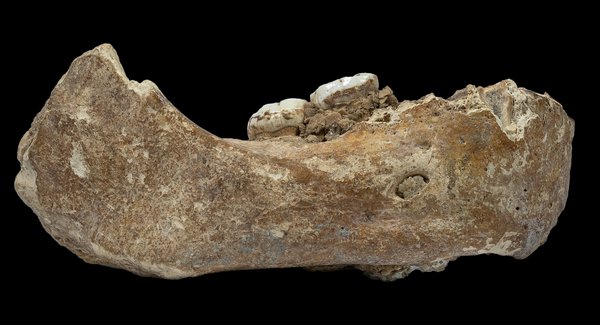 Relationships to other species

Evidence suggest that Neanderthals, Denisovans, and modern humans are all descended from or share a common ancestor with Homo heidelbergensis. DNA evidence suggests this common ancestor lived about 600,000 to 750,000 years ago. It seems likely, therefore, that around this time an ancestral group of H. heidelbergensis left Africa and then split shortly after. One branch ventured northwestward into West Asia and Europe and became the Neanderthals. The other branch moved east, becoming Denisovans. Those that stayed in Africa evolved into modern humans.

DNA evidence also makes it clear that these three closely related species later met and interbred, and that each species contributed genetic material to the others. For instance, living Europeans and Asians inherited about 1-4% of their DNA from Neanderthals, and Tibetans, Melanesians and Australian Aboriginals carry about 3-5 % of Denisovan DNA (this is explained by interbreeding of eastern Eurasian Denisovans with the modern human ancestors of these populations as they migrated towards Australian and PNG). Our species, Homo sapiens, may even have been interbreeding with Denisovans as recently as 15,000-30,000 years ago, according to a detailed analysis of the DNA of people living in Indonesia and Papua New Guinea published in 2019. If these dates are correct, the Denisovans are the most recently lived human species apart from our own.

Studies reveal that Denisovan DNA in modern humans can be advantageous. In 2014, researchers discovered that ethnic Sherpas likely inherited from Denisovans a ‘super athlete’ gene variant EPAS1 that helps them breathe easily at high altitudes.

One of the greatest discoveries relating to interbreeding between human species was that of a first-generation Neanderthal-Denisovan hybrid – or an individual whose parents belonged to two distinct species of humans. Denisovan 11 is a long bone fragment fossil found in Denisova Cave in 2012. It was stored in a collection of over 2000 unidentified bone fragments until 2016 when protein analysis on many of the fragments was performed to see whether they were human or animal.

Denisova 11 turned out to be human and was then sent for more detailed analysis. The fossil turned out to be from a girl – now nicknamed Denny – who was at least 13 years old and lived some 90,000 years ago. Her DNA analysis was published with great excitement in 2018 – Denny was a first generation hybrid with a Denisovan father and a Neanderthal mother. The genetic study was led by Svante Paabo and Viviane Slon from Max Planck Institute for Evolutionary Anthropology in Germany.

Since very few Denisovan fossils have been found, most of what we know about the extinct humans comes from their DNA. The species has not yet been described based on physical characteristics, but the following are apparent traits:

While thousands of artefacts have been recovered from Denisova cave, none have so far been associated with the Denisovans. This makes it hard to form a detailed picture of cultural attributes specific to the Denisovans. However, it can be assumed that they were relatively advanced in terms of intelligence and lived a similar lifestyle to other humans at this time.

One of the most controversial and surprising hominin finds in a century.

How have we changed since our species first appeared?

Physical and genetic changes have occurred within our species and will continue to occur at a basic level as new genes evolve. However, these changes may not be as dramatic as they were in the past as the situation today does not favour the evolution of a new human species.