This species lived between 300,000 and 600,000 years ago. The African fossils tend to be older than those from Europe. Fossils from Gran Dolina in Spain date to 800,000 years old, and may be Homo heidelbergensis or a different species, Homo antecessor.

In 1907, an ancient human jaw was discovered in a quarry at Mauer, a village near Heidelberg, Germany. The jaw had small, human-like teeth but was unlike modern human jaws in being extremely large and heavy boned. The unique features of this Mauer 1 jaw led to it being named a new species the following year. However, the species Homo heidelbergensis has only become more accepted since the end of the 20th century with the discovery of additional fossils that had features intermediate between those of earlier and later human species. 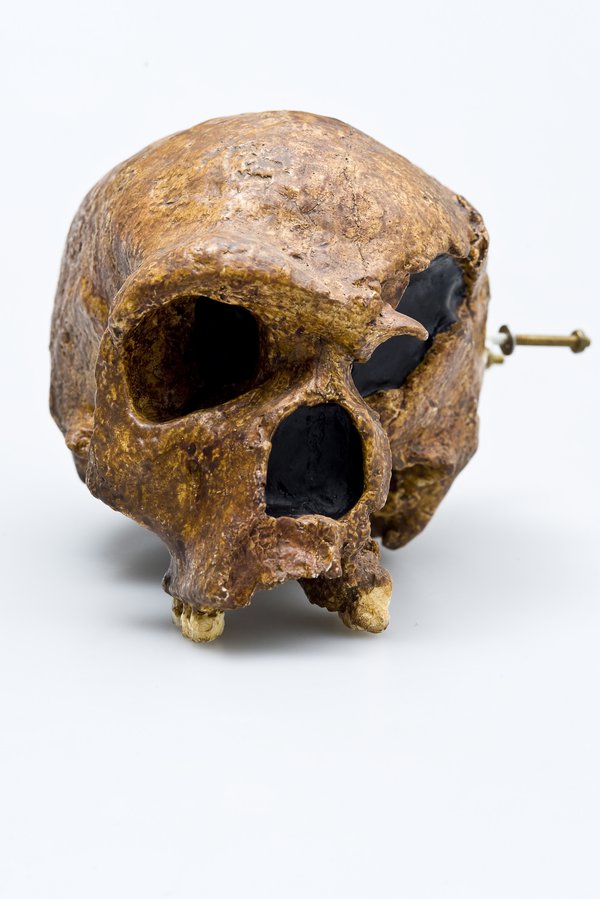 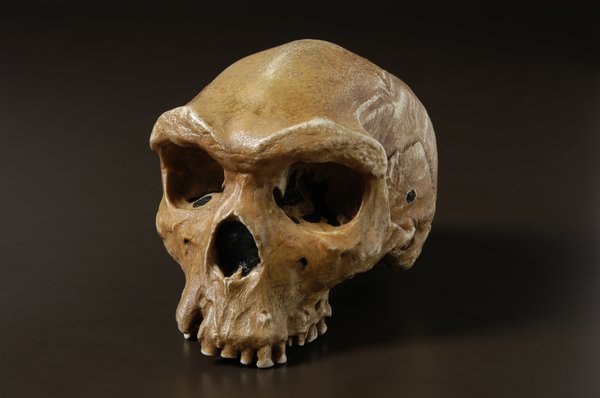 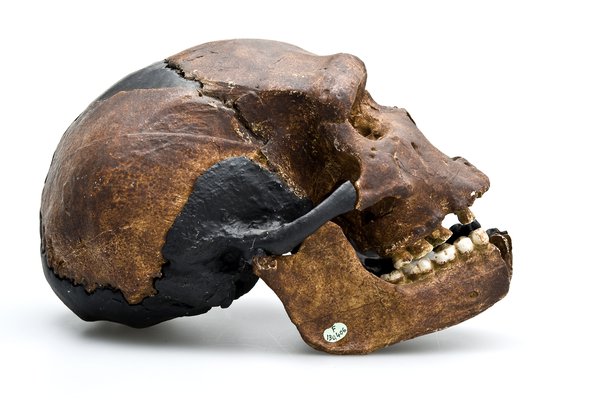 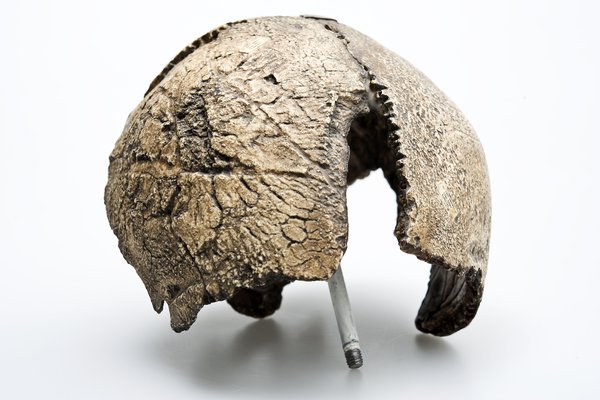 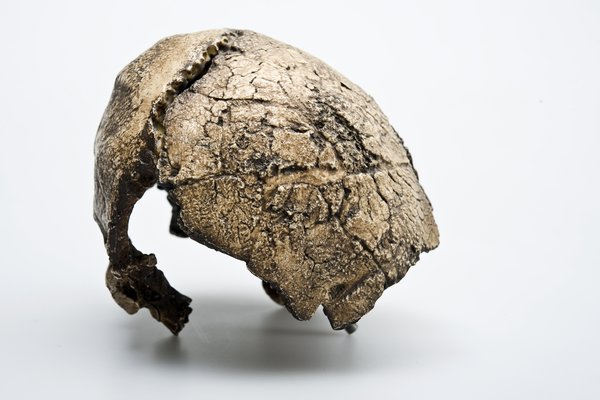 Fossils of this species have been found scattered across Africa and Europe. A fossilised skullcap discovered in northern India’s Narmada Valley may also be Homo heidelbergensis and if so, currently represents the easternmost occurrence of this species. Important sites include Lake Turkana, Bodo, Ndutu, Kabwe, Elandsfontein, Petralona, Mauer, Steinheim, Arago, Boxgrove, Swanscombe and Narmada.

Most fossils now known as Homo heidelbergensis were previously known as either Homo erectus, Homo neanderthalensis or ‘archaic’ Homo sapiens. With the discovery of many more fossils over the last few decades, many researchers now accept Homo heidelbergensis as a separate species, although the designation of some fossils is still debated since they possess features that are transitional between earlier and later species.

More recently, fossils remains found at Gran Dolina in Spain have cast doubt on this interpretation. Although many experts consider these remains to be part of an early and variable Homo heidelbergensispopulation, the discoverers believe the fossils are different enough to be given a new species name Homo antecessor. They also claim they are the last common ancestor of Neanderthals and Homo sapiens. This scenario sees European Homo heidelbergensis moved to a side branch from modern humans as they are the descendants of Homo antecessor and the ancestor of Neanderthals. African Homo heidelbergensis would require a name change.

Homo heidelbergensis fossils tend to have features that are intermediate between those of Homo ergaster and either Homo neanderthalensis or Homo sapiens.

Homo heidelbergensis people spread out of Africa and had established populations in Europe and possibly also in southern Asia by about 500,000 years ago. By about 300,000 years ago, regional differences began to develop as they adapted to their new environments.

The tools made by Homo heidelbergensis were mostly used for hunting and butchery. Most of their tools were of the type previously used by Homo ergaster. These were large stone tools with flakes removed from two sides to produce the bifacial stone hand axes, cleavers and carvers classified as Mode 2 technology. Some later populations are known to have also made tools from deer antler, bone and wood. These materials were modified into scrapers, hammers and sophisticated wooden throwing spears.

Fire was used, although further evidence is needed to establish whether this was a controlled use of fire.

Between 600,000 and 200,000 years ago, the climates of Africa and Europe experienced a series of warm and cool phases and the move from Africa to Europe subjected these people to generally colder climates. About 300,000 years ago, a severe cold, dry period began and the Sahara became a barrier to movement between Africa and Eurasia, although movement may have been possible between Europe and northern Asia. At this time, populations in Africa and in Europe were isolated from one another and regional differences began to appear.

Homo heidelbergensis hunted large animals for food although the hides may also have been useful, especially in colder areas. The fossilised bones of these animals have shown that large animals including rhinos, hippopotamus, bears, horses and deer were targeted. These animals were skilfully hunted then butchered in an orderly fashion that suggests that these people were working in co-operative groups.