Debate abounds as to whether the Asian fossils and those from Africa should be classified together as Homo erectus or if the African examples are different enough to be called Homo ergaster. The information on this page refers specifically to Asian Homo erectus.

After years of searching Indonesia for ‘the missing link’, Dutchman Eugene Dubois finally uncovered part of a skull in 1891 (known as ‘Java Man’). He believed this fossil belonged to an ancient and ‘upright’ human and so coined the species name erectus. Other scientists dismissed this interpretation, preferring to emphasise its ape-like qualities. Dubois’ opinion was validated when a series of similar fossils were uncovered in China during the 1920s and 1930s. 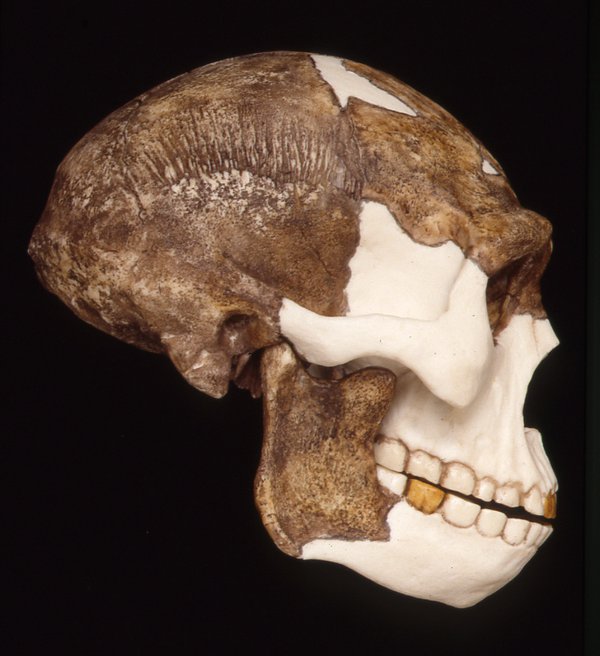 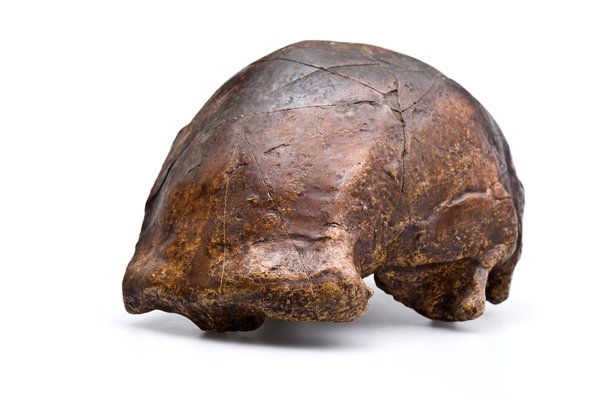 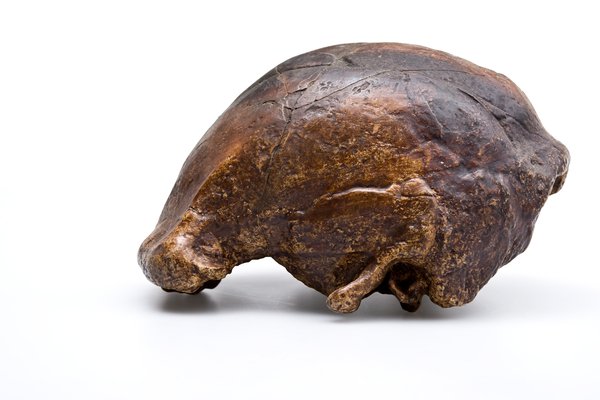 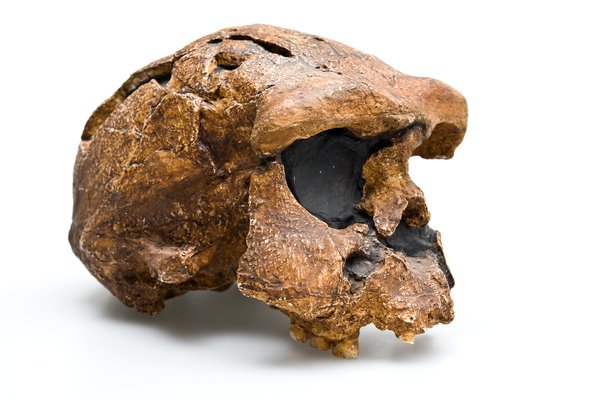 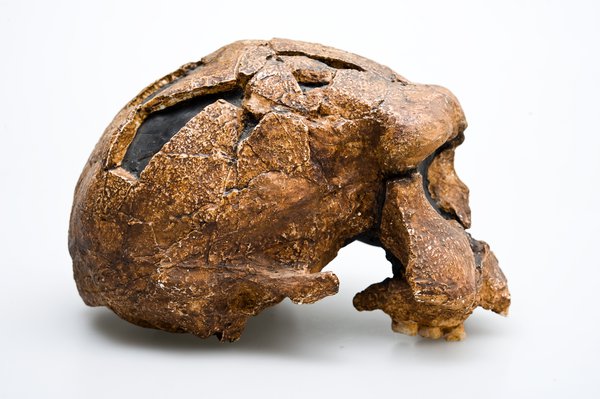 What the name Homo erectus means

Homo, is a Latin word meaning ‘human’ or ‘man’ and is the genus or group name of this species.

The second word in this species’ scientific name is erectus. This name was selected to indicate that this species’ ability to stand and walk with an upright or erect stance.

Homo erectus is now one of the better known of our human relatives with over 40 specimens excavated from Java and many more from sites in China.

Sangiran on the island of Java, is the most important Homo erectus site in Indonesia. The remains of over 80 individuals have been found here at a number of localities. The region was first occupied about 1.6 million years ago.

The site of Zhoukoudian, 40 kilometres south of Beijing in China, has yielded the largest number of Homo erectus fossils from any one locality (about 50 individuals are represented by the remains). About 100,000 stone tool artefacts were also in the cave. These were mostly quartz and sandstone chopping tools and flakes. It was occupied between 200,000 and 750,000 years ago, although evidence suggests that occupation was sporadic rather than permanent. Hyenas and other animals also used the cave site.

Initial excavations between 1926 and 1937 yielded five skullcaps, various other skull fragments, 11 jaws and more than 140 teeth. Almost all of these fossils were lost in 1941 when the Japanese invaded China during World War II. Fortunately, accurate replicas of these fossils had been made. Additional Homo erectus fossils were excavated at Zhoukoudian after World War II and have also been excavated since from Chinese sites including Hexian, Lantian and Nanjing.

Homo erectus Relationships with other species

A growing number of scientists have redefined the species Homo erectus so that it now contains only east Asian fossils. Many of the older African fossils formerly known as Homo erectus have now been placed into a separate species, Homo ergaster and this species is considered to be ancestral to Homo erectus. The redefined Homo erectus is now generally believed to be a side branch on our family tree whereas Homo ergaster is now viewed as one of our direct ancestors.

However, some scientists still support the view that all these specimens are Homo erectus and that this species includes individuals that vary in their features and have a widespread distribution over both time and geographic location.

There is even debate about whether the two Asian H.erectuspopulations represent the same species. Prior to the 1950s the fossils from Java were known as Pithecanthropus erectus and those from China were called Sinanthropus pekinensis. Many early finds also had nicknames taken from the places they were found, such as ‘Peking Man’, ‘Java Man’, and ‘Solo Man’. In the 1950s they were all placed in the one species, Homo erectus, but some scientists still believe the specimens represent different species or subspecies and use the name Homo pekinensis for the Chinese fossils.

Even if the populations in Indonesia and China were the same species, the idea is now being proposed that the populations were not connected, and that the Chinese population arrived later than the Indonesian and came from a different source. Initially, it was believed that the Asian H.erectus originated with one group that dispersed from a single source in Africa.

The oldest known stone tools used by Homo erectus were made in China about one million years ago. These tools were simple choppers and flakes (Mode 1 technology). Tools gradually became smaller over time and came to include a greater variety of designs. More complex bifacial tools (Mode 2 technology) like those made by Homo heidelbergensis people from Eurasia made a limited appearance in parts of northern China. This may indicate a brief period of contact between these different peoples.

Relatively few stone tools have been found in east Asia compared with western Asia, Africa and Europe but tools made from non-durable materials such as bamboo may have been manufactured instead.

Burnt stones and animal bones, charcoal and ash deposits indicate these people may have used fire about 500,000 years ago but it is difficult to prove whether this use was controlled.

China underwent significant climatic changes during the period that Zhoukoudian was occupied. These changes included three cold glacial periods with harsh, winter temperatures. The cooling and drying that occurred in these glacial periods brought an expansion of open habitats, with grasslands and mixed steppes. These environments favoured large grazing animals, which would have been hunted by Homo erectus.

Java, on the other hand, had a warmer climate. Low sea levels about 1.6 million years ago (when this area was first occupied by H.erectus) may have seen Indonesia joined to mainland southeast Asia.

The remains of meals have been found at some Homo erectus sites in China. These show that they ate large amounts of meat supplemented with plant foods and, in general, had a diet similar to that of early modern humans.