This species is one of the best known of our ancestors due to a number of major discoveries including a set of fossil footprints and a fairly complete fossil skeleton of a female nicknamed 'Lucy'. 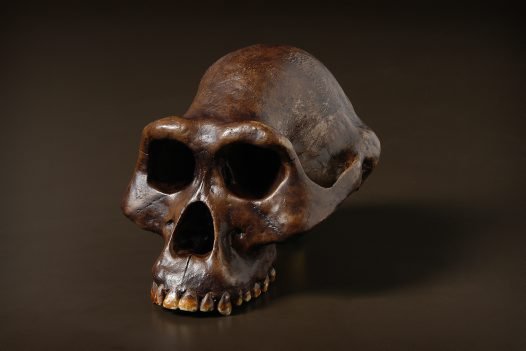 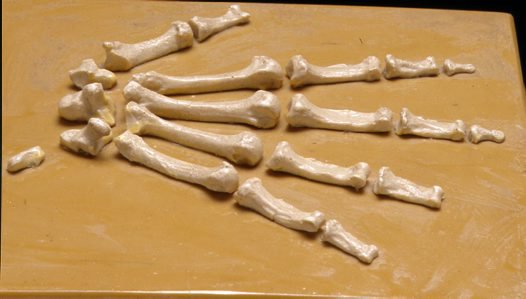 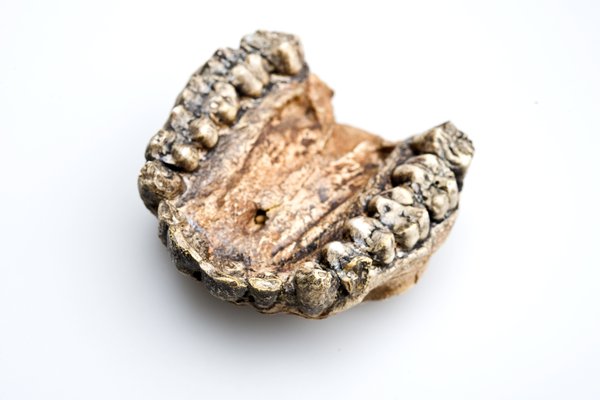 This species lived between 3.9 and 2.8 million years ago.

Australopithecus means ‘southern ape’ and was originally developed for a species found in South Africa. This is the genus or group name and several closely related species now share this name.

The word afarensis is based on the location where some of the first fossils for this species were discovered – the Afar Depression in Ethiopia, Africa

During the 1970s, two fossil hunting teams began uncovering evidence of ancient human ancestors in east Africa. One team, co-led by Donald Johanson, was working at Hadar in Ethiopia. The other team led by Mary Leakey, was over 1,500 kilometres away at Laetoli in Tanzania. Fossils discovered at the two sites were found to have very similar features and ages but they did not match the fossils of any species known at that time. A new species name, Australopithecus afarensis, was therefore created for them in 1978.

This species is now represented by several hundred fossils from east Africa.

These fossil footprints were discovered in Tanzania, East Africa and date to 3.6 million years ago. Fossil bones from A. afarensis have been found nearby so it is presumed that they left the tracks.

The quite human-like footprints were made by hominins that walked through a layer of ash burst that had settled on the ground after a distant volcano erupted. Raindrops made the ash damp and, even now, the indentations made by these raindrops can still be seen on parts of the ash layer. At first glance, it looks like two people walked side-by-side. The one on the left was much smaller than the other and may have been a child. On closer examination, we can see that the prints on the right-hand side are blurred and were actually made by two adults - one following the other and treading into the prints left by the first. Part way along the trail the individuals pause and turn to the left before continuing. The sun soon dried the damp ash, which hardened like cement. The active volcano continued to throw out ash until a layer up to 20 centimetres thick blanketed both the ground and the footprints.

Over millions of years, additional sediments were deposited and some were eroded away by wind and water. Eventually some of the footsteps lay uncovered. Then a lucky fossil hunter came across them and the story began to be revealed.

The footprints are of major significance as they are the first direct evidence (ie not fossils bones) that our ancestors were walking upright by 3.6 million years ago. The fossil footprints are very similar to our own footprints. They show that the heel was the first part of the foot to strike the ground. The big toe was aligned with the other toes and left a deep impression showing that each step ended with the toe pushing downwards. The feet also had central arches to help launch the body into each step.

Fossils have been found at Hadar in Ethiopia and Laetoli in Tanzania, about 1,500 kilometres away.

The names Praeanthropus africanus and Praeanthropus afarensis have been suggested as alternatives by researchers who believe this species does not belong in the genus Australopithecus.

In 2015, a team under Yohannes Haile-Selassie described in the journal Nature a new species A. deyiremeda (from the Afar language, deyi meaning ‘close’ and remeda meaning ‘relative’). The fossils date to 3.5 to 3.3 million years old and were discovered in Woranso-Mille in Ethiopia, close to sites of a similar age that produced A. afarensis specimens. If correct, A. afarensis was not the only hominin around in east Africa at this time.

The fossils, all found in March 2011, include a partial upper jaw bone (holotype BRT-VP-3/1), two lower jaws (paratypes BRT-VP-3/14 and WYT-VP-2/10) and an isolated P4 tooth in a maxillary fragment (referred specimen BRT-VP-3/37). Key features included forward cheek bones, three-rooted premolars and small first-molar crowns. Comparisons were made with other known middle Pliocene hominins such as Kenyanthropus platyops and A. afarensis; the discovers believed there were enough differences to warrant a new species designation. Others disagree, claiming that making comparisons with K. platyops is problematic (the only skull was extremely distorted and possibly badly reconstructed) or that the small sample size is not enough to draw such major conclusions. They consider the remains part of a variable A. afarensis population instead.

Whether these particular fossils do represent a new species or not, it is becoming likely that A. afarensis was not the only species around at this time in this area. Haile-Selassie announced in 2012 the discovery of a 3.4-million-year old partial foot (BRT-VP-2/73), found in the Afar Region of Ethiopia. It clearly did not belong to A. afarensis, but has yet to be assigned to a species.

Fossils show this species was bipedal (able to walk on two legs) but still retained many ape-like features including adaptations for tree climbing, a small brain, and a long jaw.

This species probably used simple tools that may have included sticks and other non-durable plant materials found in the immediate surroundings. Stones may also have been used as tools, but there is no evidence that stones were shaped or modified in any way. It seems likely that they lived in small social groups containing a mixture of males and females, children and adults. Females were much smaller than males.

In 2010, fossil bones bearing cut marks were found in Dikika in Ethiopia, dating to about 3.4 million years old. These bones show clear evidence of stone tools being used to remove flesh and to possibly smash bone in order to obtain marrow. No actual tools were found so it is not known whether the 'tools' were deliberately modified or just usefully-shaped stones. Although no hominin remains were found at the site, the discoverers believe A. afarensis was responsible for the cut marks as no other hominin species dating to this period have been found in this region.

This species occupied a range of environments. Some populations lived in savannah or sparse woodland, others lived in denser forests beside lakes. Analysis of their teeth, skull and body shape indicates a diet that consisted mainly of plants. However, fossil animal bones with cut marks found in Dikika in 2010 have been attributed to this species, suggesting they may have included significant amounts of meat in their diets. Microscopic analysis of their tooth enamel shows that they mostly ate fruits and leaves rather than seeds and other hard plant material. Their cone-shaped rib cage indicates they had large bellies adapted to a relatively low quality and high bulk diet. The position of the sagittal crest toward the back of the skull indicates that the front teeth processed most of the food.