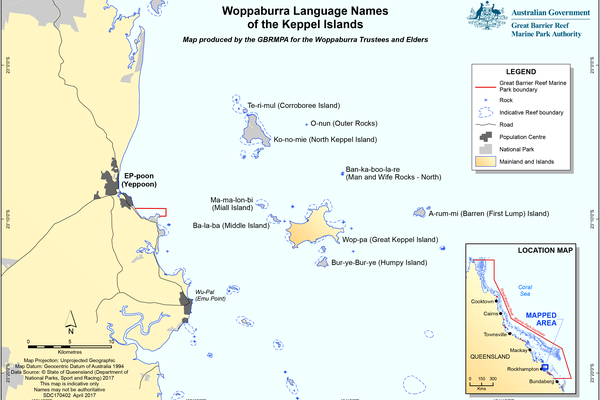 The Woppaburra people are the traditional owners of the Keppel Island Group, approximately 15km off the coast of Yeppoon, near Rockhampton in central Queensland. Sharni Jones, Manager of the Aboriginal & Torres Strait Islander Collection, Phil Gordon and I met with Christine Doherty, Chair of the Woppaburra Land Trust (WLT), earlier this year at the Museum. This was following on from the WLT general meeting in December 2016, where the WLT initiated discussions with Phil about establishing a digital partnership between the Australian Museum and WLT. We decided to create a website for the Woppaburra objects, as we have done for other Indigenous communities in the past. By having a permanent page on our museum website for the these objects, it would mean that photos and information are more easily accessible to the Woppaburra people, as well as the wider community in general.

Objects of the Woppaburra people
See the 27 objects from the Keppel Islands.

Most the 27 objects we hold in the collections from the Keppel Islands were collected by Dr. Walter Edmund Roth. He was the ‘Protector of Aboriginals for the Northern District of Queensland’, and travelled widely across QLD, collecting many objects from different Indigenous communities. The objects from the Keppel Islands were mostly collected in 1897, and were purchased by the Australian Museum from 1900 to 1905. There is a wide variety of objects, including shell necklets and headdress, body ornaments, fishing implements, tools, pigment, nets, a basket and harpoons.

The website features information on each of the objects, as well as multiple photos to show the various materials and construction elements. Christine was also able to provide Woppaburra language names for each object, in addition to the language names on a map of the Keppel Islands (courtesy of the GBRMPA, or the Great Barrier Reef Marine Part Authority). The website also features historical photos of the Woppaburra people taken at the end of the nineteenth century, which are reproduced courtesy of the John Oxley Library, State Library of Queensland.

I was invited to the attend the Woppaburra TUMRA meeting (Traditional Use of Marine Resources Agreements) organized by the GBRMPA on June 23, where I was able to present on the website and discuss the collaboration between the Australian Museum and the Woppaburra community. I also attended the official launch and unveiling of the Balban Dara Guya (Leekes Creek) Fish Habitat Area on Great Keppel Island (Woppa) on June 24. The rest of the visit was spent on country with Woppaburra Elders and descendants and guests, including archaeologists, education centre staff and GBRMPA QPWS/NPSR staff. 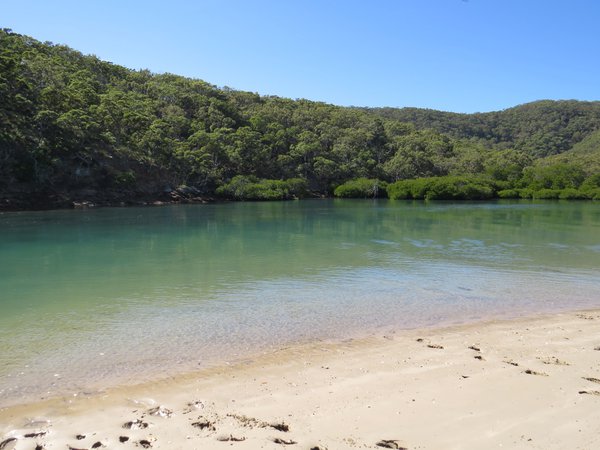 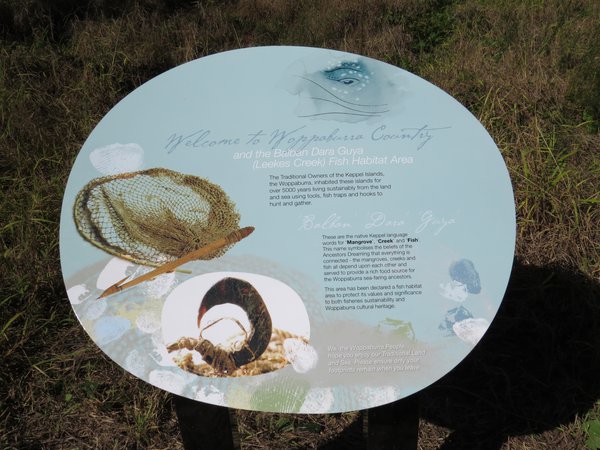 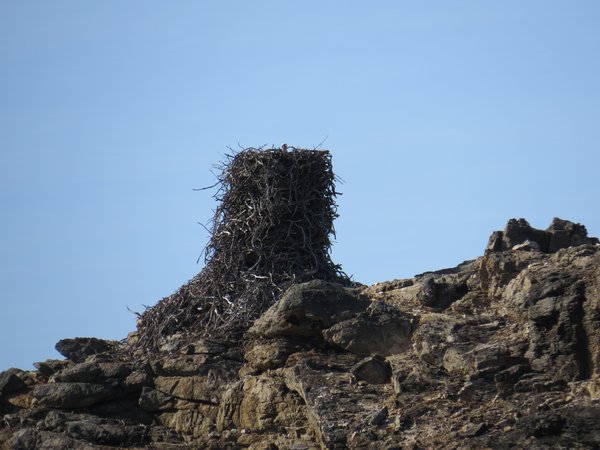 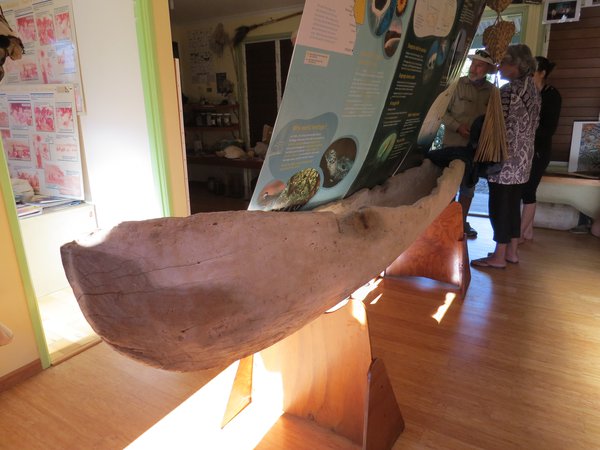 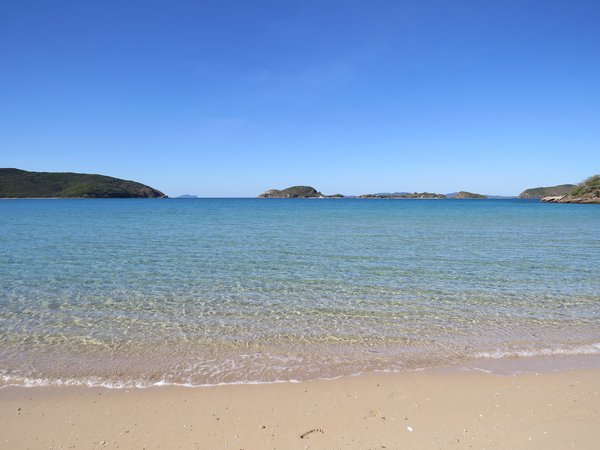 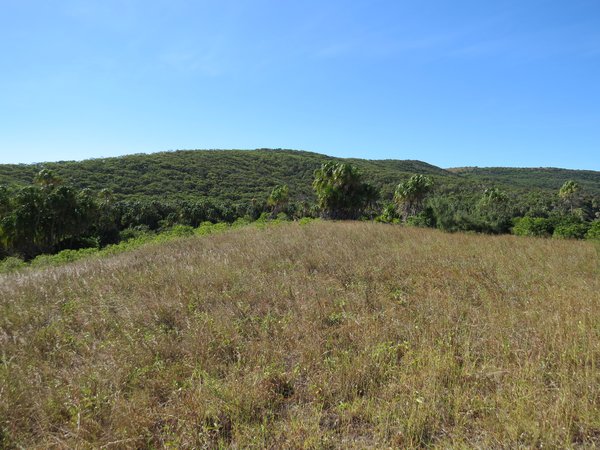 One day was spent on North Keppel Island (Konomie), where the group visited various sights of significance on the island, and learnt more about Woppaburra culture. During a bush walk to Mazie Bay, Bob Muir, TUMRA chair, told us about some of the plants, including the soap tree, which was also used as fish poison. At Mazie Bay, archaeologist Mike Rowland was able to show me the site of the midden that he excavated in 1978/9, and where he located a shell fish hook radiocarbon dates to around 1000 years old.

I was also able to visit the museum at the North Keppel Island Environmental Education Centre (NKIEEC was recently awarded the 2017 Queensland education reconciliation award). The museum tells the history of the Woppaburra people, and includes many photos of the objects we hold in our collection, as do information signs placed at various sites around the island. The NKIEEC principal hopes to use our website as a teaching tool, so that students can learn about the objects while on country, where they were made and used by the Woppaburra people.

It has been a fantastic experience collaborating with the WLT on this website. It has demonstrated the importance of working with community in a manner that is culturally respectful, and reinforced the importance of obtaining all permissions from relevant parties at all stages of the project. All content was approved by the WLT before being published on the website. This project has been beneficial for both the Woppaburra people, who have already given so much positive feedback about the website, and also the Museum, as we have gained a richer understanding of the objects we care for.

My sincere thanks to the Woppaburra Land Trust, Christine Doherty, Woppaburra TUMRA Steering Committee and the GBRMPA for inviting me to spend time with them on country, and allowing me to learn more about Woppaburra culture, and see the place where the objects we care for came from and hold such importance.

Are the earliest field monuments of the Pacific landscape serial sites? In A Pacific Odyssey: Archaeology and Anthropology in the Western Pacific. Papers in Honour of Jim Specht