Little is known about Mary Ellen Soady’s early years until 1925 when, aged 33, she along with her sister Violet and their parents embarked upon a yearlong European ‘grand tour’. Reflecting upon this life-changing experience Soady said it not only provided her with “an opportunity for much thinking” but her wanderings around Paris exhibitions ignited a life-long passion for sculpture [2].

Back in Australia Soady settled in Sydney, a far cry from Toowong, Brisbane where she’d spent her early years, and enrolled as a student at East Sydney Technical College. Amongst the College’s 1926 student exhibition was her Alpine poster of “a powerful setting of snowclad granite peaks against the figure of the girl in the foreground” possibly inspired by Soady’s first sighting of snow on her European trip [3]. She went on to study under the tuition of talented sculptor, Raynor Hoff who in 1925 was commissioned to design and execute the life like Aboriginal Group for the Australian Museum.

Soady quickly established a reputation as a versatile and skilled artist; with journalists frequently commenting upon her sculptures, paintings, drawings, posters and cartoons. In 1933 she was awarded, the George Taylor prize of £25 for the most artistic exhibit at the ‘Society of Women Artists’ in Sydney. ‘Harmony’ the award winning four figured sculpture represented “some ideal towards which we all strive – Love, Art, Truth and Knowledge”[4]. By 1935 she had completed over 130 illustrations for Florence Taylor’s book A Pot-Pourri of Eastern Asia [5]. As the large 1930’s radios become more ubiquitous artists vied to design affordable and aesthetically pleasing wireless cabinets; and so, in 1937 Soady was able to add furniture design to her list of awards. The following year she was pictured in the Sydney Morning Herald carving a “very light weight satiny wood [mask] … almost as thin as papier mache” for the world-renowned dancer, Norda Mata’s Sydney performance [6].

Part of the movement to further legitimise art as a means for women to make a livelihood Soady was actively involved in the establishment of the ‘Women’s Industrial Society’. A Society which embraced “art for art’s sake as well as for commercial purposes”. Although she had her own private income after her father’s death in 1930, it appears there was an economic motivation to Soady’s art as she advertised to provide “Expert Tuition” in art, sculpture and design commercial art in a George St studio [7]. 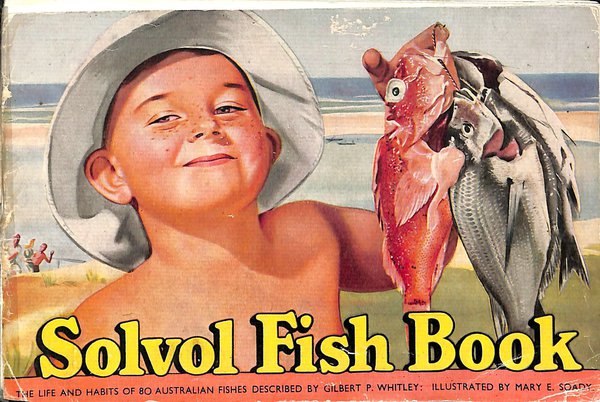 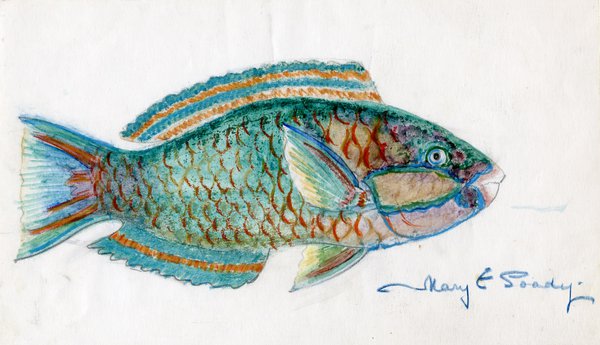 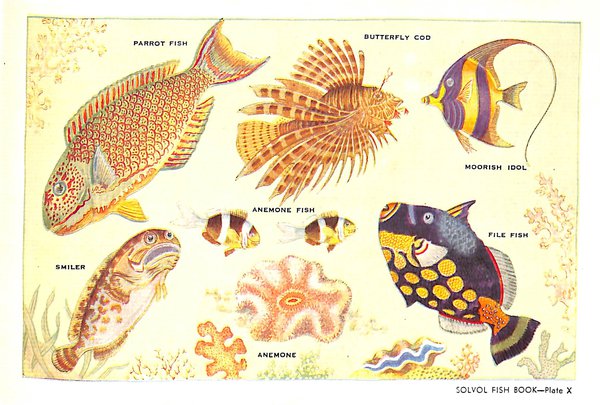 In early 1939, the Australian Museum was looking for the services of an artist. Introduced by Australian Museum Conchologist, Joyce Allen, Soady displayed samples of her work to Director Charles Anderson. Pleased with what he saw, Anderson hired Soady. Her first commission was to colour a mounted Ray’s Bream specimen. Soady was soon colouring stone, fish, meteorite and endocranial casts; and she drew both line and wash drawings as well as painting Museum signage. Despite the obvious demand for her skills Soady like all the Museum’s illustrators was a piecework contractor.

In the early 1940s the Museum decided to make four miniature dioramas. Soady painted the intricate models and backgrounds for the new small Dragonfly, Ant and Caddis Fly habitat groups in the Museum’s Invertebrate Gallery. For the resetting of the Fruit-Bat group, a party of Museum staff including Soady, visited the Nepean River. There she carefully sketched the flying foxes in their surroundings to ensure accurate representation of the habitat for the diorama’s new backdrop.

The Museum also began the renovation of its larger dioramas and wrote that it was “fortunate in obtaining the services of Miss Mary Soady, the well-known artist and sculptor” to assist with re-painting the Admiralty Islets Bird group [8]. For this contract, Soady submitted coloured sketches and explained to a reporter ”They tell me I’ve given an exact impression of Lord Howe Island, although I’ve never been there”[9]. Photographed perched on high scaffolding and working with only a few brushes (from fine camels’ hair to a heavy stippler), she painted in oil directly onto the expansive background. This realistic background is an integral part of the Admiralty Islets Bird Group diorama. Conserved in 2011, the diorama is still on show and is admired daily by visitors to the Museum’s Westpac Long Gallery.

Gilbert Whitley, Museum Ichthyologist, also seized the opportunity to use Soady’s talents and contracted her to illustrate his publications. In his paper Taxonomic notes on sharks and rays Whitley expressed his indebtedness to her “artistic and accurate illustrations”[10]. Later Whitley wrote a small handbook to help people identify and study the fish they caught. In the introduction to this promotional Solvol Fish Book Whitley noted Soady’s “paintings are perfect in every tiny detail – from the glorious colours to the intricate structure of each fish”[11].

Understandably Museum activities were curtailed during WWII with few improvements made to the Galleries and so Soady’s services were dispensed with. Little is known of her remaining life until she died in 1963.