Prof Andy Herries, a paleoanthropologist at La Trobe University in Melbourne, Australia, led the groundbreaking research that has established the newly excavated H. erectus fossil as the oldest definitive specimen ever discovered. The fossils from the three different hominin species were found in Drimolen, one of several ancient caves in the Cradle of Humankind in South Africa (a United Nations Educational, Scientific, and Cultural Organization (UNESCO) World Heritage Area).

This is the first time we see an overlap between the end of Australopithecus and the beginning of H. erectus, enriching the story of early human evolution and dispersal. Never before has dating demonstrated that H. erectus, Paranthropus, and Australopithecus lived during the same time period between 2.04 million and 1.95 million years ago. H. erectus is ancestral to H. heidelbergensis, a common ancestor which we share with Neanderthals, found in Eurasia, H. floresiensis in Indonesia and the ‘Denisovans’ in Siberia.

Previously, it was thought that the australophithecine phase didn’t overlap with the human phase, which begins with H. erectus. The australopithecine phase saw many species of early bipedal but still largely arboreal (tree-dwelling) and predominantly ape-like creatures widespread in Africa from about 4-2 million years ago. H. erectus displays distinctly human anatomy, albeit with a skull dominated by a huge brow ridge, increased dietary range and increased behavioural complexity including the use of simple tools.

The hominin crania discovered at Drimolen are evidence of contemporaneous living of H. erectus, Paranthropus, and Australopithecus. The H. erectus cranium consists of many small skull fragments which were pieced together by the team. Extraordinarily the team found some of the fragments in an old collection and they were able to fit these to the newly excavated pieces. Initially the skull fragments were thought to belong to a baboon. But when the team put the pieces together they could tell that it was from a 2 to 3 year old juvenile, because the cranial sutures were at an early stage of fusion and they could tell it wasn’t a juvenile baboon from the cranial capacity.

The cranial capacity was estimated by constructing a virtual endocast (internal cast of the cranial vault), which is used in the study of brain development. They also used the estimated brain size to rule out other hominins as cranial capacity exceeded the brain sizes of juvenile Australopithecus and Paranthropus. They knew then that they had a juvenile H. erectus.

Today, Homo sapiens is the only human on earth but 70,000 years ago there were at least four kinds of humans – H. sapiens in Africa, Neanderthals in Eurasia, Homo floresiensis in Indonesia and the ‘Denisovans’ in Siberia. This new finding suggests our earliest human ancestor also inhabited a pre-populated landscape and lived alongside Paranthropus and Australopithecus. This creates a much more dynamic image of our evolution in Africa. 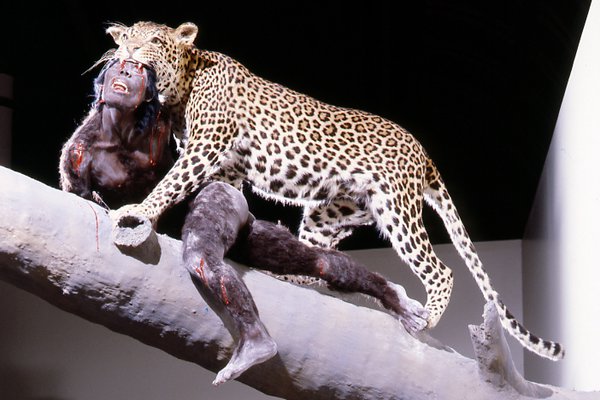 Do we know how some early human ancestors died?

All people living today belong to the species Homo sapiens. We evolved only relatively recently but with complex culture and technology have been able to spread throughout the world and occupy a range of different environments.

The first migrations out of Africa

About 2 million years ago, the first of our ancestors moved northwards from their homelands and out of Africa.

1 October 2020
Read more
Back to top
You have reached the end of the page. Thank you for reading.