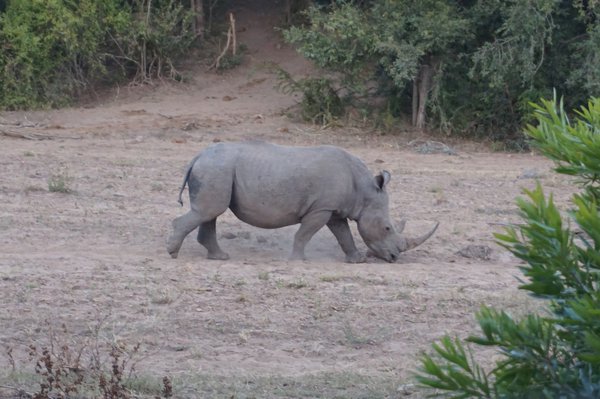 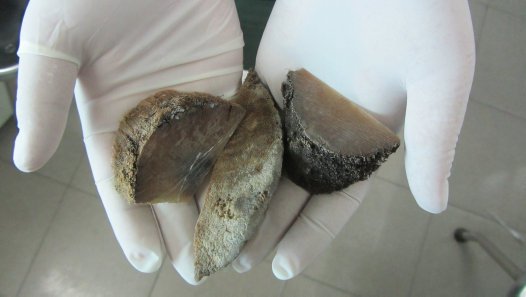 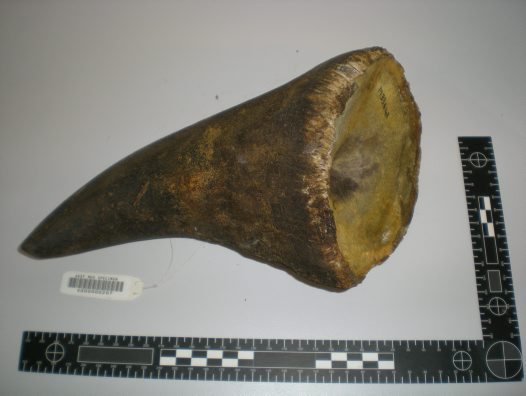 The ACWG has teamed up with scientists from labs in Europe and Asia to develop a validated and standardized forensic species identification test for seized rhino horn. This newly published test provides a blueprint for international collaboration to advance method development and validation for the wildlife forensic community.

Rhinos are currently experiencing a poaching crisis, with over 1000 rhinos poached every year due to increasing demand for rhino products driven primarily by Asian countries. On the black market rhino horn can fetch more than gold, and given its perceived value, rhino horn is seen as a symbol of status for the rich. It is also used in traditional medicines, and more recently, as an alleged treatment for life-threatening diseases such as cancer. However, considering rhino horn is made of keratin, the same substance as our fingernails and hair, we can be confident that there is no scientific basis for this alleged cure!

Due to this poaching crisis, all rhino species have the highest levels of protections under the Convention on International Trade on Endangered Species (CITES), which is enforced by all 183 signatory countries. When a suspected rhino horn is seized in these countries, authorities need to know what species it comes from, including if it is actually rhino, in order to trigger appropriate law enforcement actions. In many instances the horn product has been processed into sculptures, fragments or powders, and is very difficult to identify visually. This is when DNA identification becomes critical. Also, because of the high value these products sell for, there are many fraudulent rhino horns on the black market, made from water buffalo horn and even horse hoof! Further, because there are five extant species of rhino: two African species, the white rhino and black rhino; and the three Asian species, the Indian rhino, Javan rhino and Sumatran rhino, knowing the species of rhino the horn belongs to will provide authorities with important intelligence information and guide where conservation and enforcement efforts should be directed.

We have developed a new test, based on DNA sequence differences, that can identify the species of a seized horn. The important aspect of this new test is that it is fully validated, meaning the experimental boundaries of the test have been fully explored and understood. This is a critical component of scientific tests used in forensic investigations that can lead to prosecution and jailing offenders, and are fundamental to a robust criminal justice system. We worked with four other labs to carry out validation and standardization of our test, including: Flinders University in Adelaide, The Wildlife DNA Forensics Unit at the Science and Advice for Scottish Agriculture in the UK, the Institute of Ecology and Biological Resources in Vietnam and the WIFOS Laboratory, Department of National Parks in Thailand, we were also assisted by the NGO TRACE the Wildlife Forensic Network. As part of this testing we were even able to carry out species identification in actual seizure investigations. Through our combined efforts we have ensured that the test we developed is reproducible, robust and works on even very small amounts of rhino DNA, ensuring that this test is currently the most effective and appropriate method to identify rhino horn.

Validation studies are imperative if the test is going to be used as evidence in court, yet they are relatively rare in wildlife forensics (in comparison to human forensics) given the scale and number of species involved in the illegal wildlife trade and the often limited resources available to the labs tasked with carrying out forensic testing.

By combining our efforts across several labs were have been able to validate a forensic test for one of the flagship species targeted by the illegal wildlife trade. We hope that it will improve the enforcement and prosecution outcomes of rhino horn trafficking crimes, and subsequently act as a deterrent for individuals that wish to enter the illegal rhino horn trade.

2018 finalists
Find out more
Back to top
You have reached the end of the page. Thank you for reading.