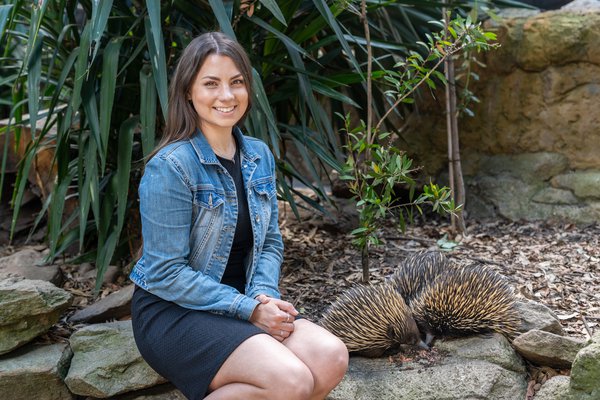 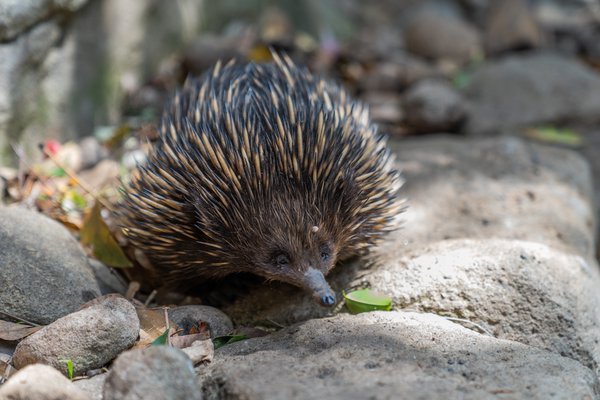 19 February, 2019. Sydney: Short-beaked Echidnas, (Tachyglossus aculeatus), are one of Australia’s most iconic animals. Known as a monotreme – one of the few species of mammals that lay eggs, - Short-beaked echidnas are highly prized as zoo animals around the world.

The illegal trade in wild animals being sold as ‘captive bred’ is an emerging issue in the zoo and pet industry, and has both animal welfare and conservation implications due to the very large numbers of echidnas available ‘for sale’ in South East Asia, it appears a black market for them may have developed. (TRAFFIC -Beastall and Shepherd 2013*).

To aid in the enforcement against illegal trafficking of echidnas, Australian Museum PhD student, Ms Alex Summerell, studying under Dr. Rebecca Johnson and Dr. Greta Frankham, developed an accurate DNA test which will determine the source country of this iconic species.

Ms. Summerell whose first science research paper has now been published by Forensic Science International said her research and DNA testing presents the first validated forensic protocols for short-beaked echidnas and will be an integral tool in understanding the movement of animals in this emerging trade.

“We have evidence that echidnas are being taken from the wild in South East Asia (SEA) and sold illegally as ‘captive bred’. The test I’ve developed is an easy test using mitochondrial DNA that can determine the source population of short-beaked echidnas,” Summerell said

“When an echidna is traded, we can do this test to determine where it came from and if it is from SEA we can look further into whether it is captive bred or wild caught. This also has the potential to provide useful intelligence on where the echidnas are specifically being taken from and pinpoint hotspots to inform law enforcement,” she added.

Summerell explained that the reproductive process of echidnas is complicated and notoriously difficult to replicate within captivity resulting in a very few animals being born this way.

“Only four Australian zoos have successfully bred echidnas, with most of the success being in the past 10 years after thorough and intensive investigation on how animals might reproduce in captivity. To further demonstrate how rare this is, among all Australian zoos, there have been fewer than 30 puggles (baby echidnas) within the last ten years. Each echidna only lays one egg per breeding season, and in some cases the puggles don’t survive past one year.”

“It is this very low captive breeding success rate at highly reputable Australian zoos and wildlife parks, that suggests that the number of animals ‘captive bred’ in other parts of the world which has been as high as 70 animals per year, should be closely scrutinised,” Summerell said.

“The alternative explanation for these animals for sale is that they have been illegally taken from the wild and are being falsely claimed as ‘captive bred’,” she said.

The illegal trade in protected wildlife is a serious and widespread crime, and was estimated to be worth USD $7–23 billion in 2014 [1]. Within this, the laundering of wild caught animals as ‘captive bred’, sometimes with falsified or no supporting paperwork or genetic data, has been identified as an emerging issue

“Unfortunately, the dollar value placed on illegally-traded wildlife increases the level of poaching, pushing some species to near extinction. The AM’s DNA lab, combined with the development of new techniques for species identification, has enabled a fast and effective way of identifying illegal products and driving prosecution,” Johnson said.

“Crime against wildlife is a multibillion-dollar industry and wildlife poaching and trafficking is a truly transnational crime crossing boarders worldwide. Given what could be described as the epidemic of wildlife poaching, additional DNA-based tools are invaluable for those authorities involved in investigation and enforcement of wildlife trade laws. These tools are being developed in the battle to combat the trade in high profile species such as elephants, rhinos and tigers, but also other species such as echidnas.”

“DNA based methods can be a quick, non-invasive, and a definitive way to determine the source of these animals, thereby assisting efforts to combat this trade,” Johnson added.

Summerell said an ideal outcome would be to use this and other tests she is developing as a forensic toolbox to identify when an echidna is traded.

“Once DNA is supplied I will be able to tell the source population and whether they are captive bred or wild caught which can inform buyers. Ideally this would then go to law enforcement and prove that the people selling are not breeding them legitimately,” she said.

Short-beaked echidnas are found throughout Australia, including Tasmania. Living in forests, woodlands, grasslands and arid environments, it is easily recognisable by its short beak, pointed snout and sharp claws.

Like the platypus, the Short-beaked echidna is an egg-laying mammal (monotreme), and lays one egg at a time. The eggs hatch after about 10 days and the young emerge blind and hairless. Clinging to hairs inside the mother’s pouch, the young echidna suckles for two to three months. Once it develops spines and becomes prickly, the mother removes it from her pouch and builds a burrow for it, but the young continue to suckle for the next six months.

The Short-beaked echidna uses its pointed snout and sharp claws to break into ant and termite nests. Flicking its long, sticky tongue in and out to catch its prey.

The Short-beaked echidna has few natural enemies, but may be killed by cars, dogs, foxes and occasionally goannas. Feral cats may also take the young.

Ms Summerell is a PhD candidate at the Australian Museum and the University of Technology, Sydney. She is supervised by Director of the Australian Museum Research Institute, Dr. Rebecca Johnson and Post Doctoral Fellow and Wildlife Forensic Scientist, Dr. Greta Frankham and Dr. Peter Gunn, UTS. 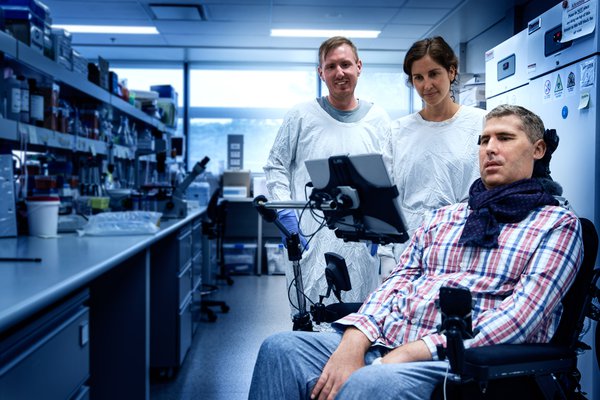 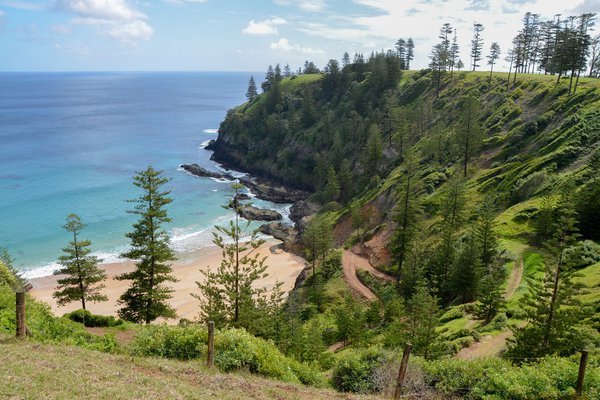