Urban environments can have negative impacts on our wildlife, including frogs. These areas usually have increased noise and light pollution which may make it hard for frogs to communicate to one another- which is vital when it comes to attracting a mate. However, citizen science data from the Australian Museum’s FrogID app reveals that the call of one of Australia’s most widespread frog species, the Red Tree Frog (Litoria rubella), remains unchanged in urban areas. Potentially due to its highly variable mating call, this loud little species can likely be heard by potential mates in the city and outback alike!

When thinking of an urban area, you will likely think of densely packed buildings, major roads filled with cars, and the hustle and bustle of people. You may not, however, think of the impact this has on the animals we share these environments with.

Urban environments can be difficult places for animals to live as they commonly have reduced suitable habitat, or may have a high levels of pollutants. These areas also usually have high levels of human activity, noise, and light pollution, which can make it hard for animals to communicate, especially for those that use calls or song to get messages across, such as insects or birds. These noisy urban environments have also been shown to impede frog communication, which is bad news for frogs, one of the most threatened groups of animals on the planet.

Male frogs use mating calls to attract their female counterparts, but it can be hard to let female frogs know how sexy you are when there is noisy traffic going past or the nearby building is distorting your calls. It also might be a bit nerve-wracking calling out when there is a glaring street lamp above you, or humans are walking by. To counteract this, some frogs have altered their calls, such as shifting the pitch (or frequency) of their calls outside the anthropogenic noise range, calling louder (to be heard over urban noise), or calling faster.

All these studies have been small in scale and have only focused on specific components of urban environments, such as just noise, or just light pollution. However, FrogID, the national citizen science project led by the Australian Museum, has helped to overcome these issues. People across Australia have used the free FrogID app to record the calls of frogs to help better understand and conservate frogs, and so far the project has resulted in over 150,000 validated frog records across Australia.

I was interested in seeing how our native frogs might be faring in these urban environments, so I listened and examined close to 400 FrogID recordings from a widespread frog species, the Red Tree Frog (Litoria rubella), a small tree frog that inhabits both urban and non-urban areas. Calls were examined across the entire species range in Australia from rural areas all the way into cities such as Brisbane, Darwin, and Townsville.

I found that Red Tree Frogs might be able to deal with the challenges of urban life, at least when it comes to calling out to their mates. The Red Tree Frog did not appear to alter their calls between rural areas and the city. In fact, I found they have highly variable calls, which might even make them an urban tolerant species as they can potentially buffer out these disturbances, which is great news!

By understanding how our frogs are behaving in urbanised areas, we are better suited to conserve them. While the Red Tree Frog seemed rather acoustically-tolerant of cities, other threats from urbanisation such as habitat loss and disease may still impact them, and other frogs may not be as acoustically urban-tolerant as the Red Tree Frog. By submitting your frog calls to the FrogID app, you can help gather information vital to understanding and conserving our frog species. So, thank you to all the citizen scientists who have contributed frog calls to FrogID and please keep recording! 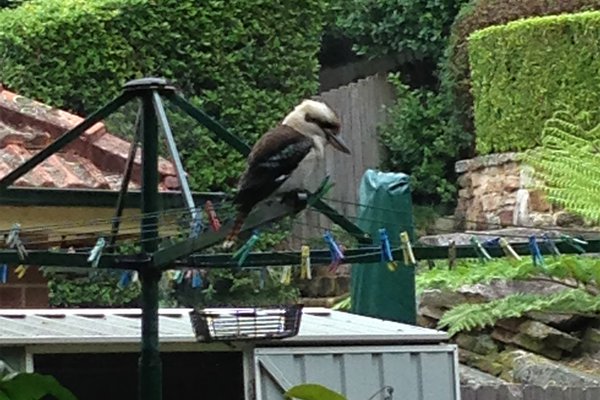 Frogs are Hitchhiking Around Australia 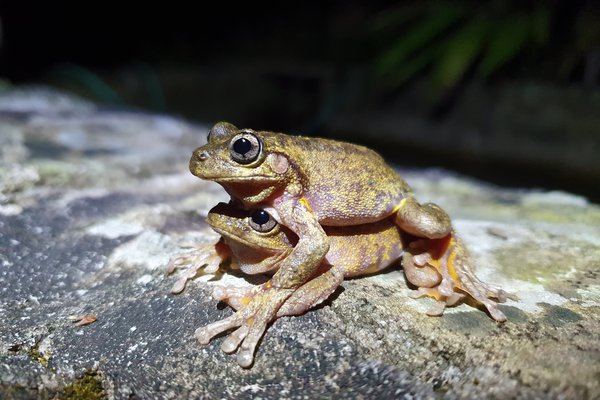 12 August 2022
Read more
Back to top
You have reached the end of the page. Thank you for reading.