The Bass Strait islands represent the remnants of a land bridge that over millennia has periodically been exposed, allowing the movement of species between mainland Australia and Tasmania. Understanding how wildlife populations on these islands are related to those on mainland Australia and Tasmania provides important insights into the evolutionary history of species and helps us better understand how sea level changes across this region influenced species movement.

Unfortunately, many wildlife populations on these islands are now rare or even extinct, as the larger Bass Strait islands were settled as early as the the 18th century, when Europeans arrived to exploit local seal colonies. As a result, many of the islands have undergone significant clearing of native habitats and seen the introduction of predators and domestic animals. Species including the southern elephant seal (Mirounga leonina), bare-nosed wombat (Vombatus ursinus), spotted-tailed quoll (Dasyurus maculatus) and King Island Emu (Dromaius novaehollandiae minor) have now disappeared from some or all of these islands.

In this study we extracted DNA from dried skins of King and Flinders island potoroos from the Australian Museum and Museum Victoria collections to try to answer the sub-species question. These skins were between 45 and 85 years old and interestingly two of the skins from the Australian Museum collection were the individuals used to describe a separate King island sub-species of Long-nosed potoroo, Potorous tridactylus benormi in 1963. This sub-species has not been formally recognised since its description; however this study is the first to investigate its validity using genetics. 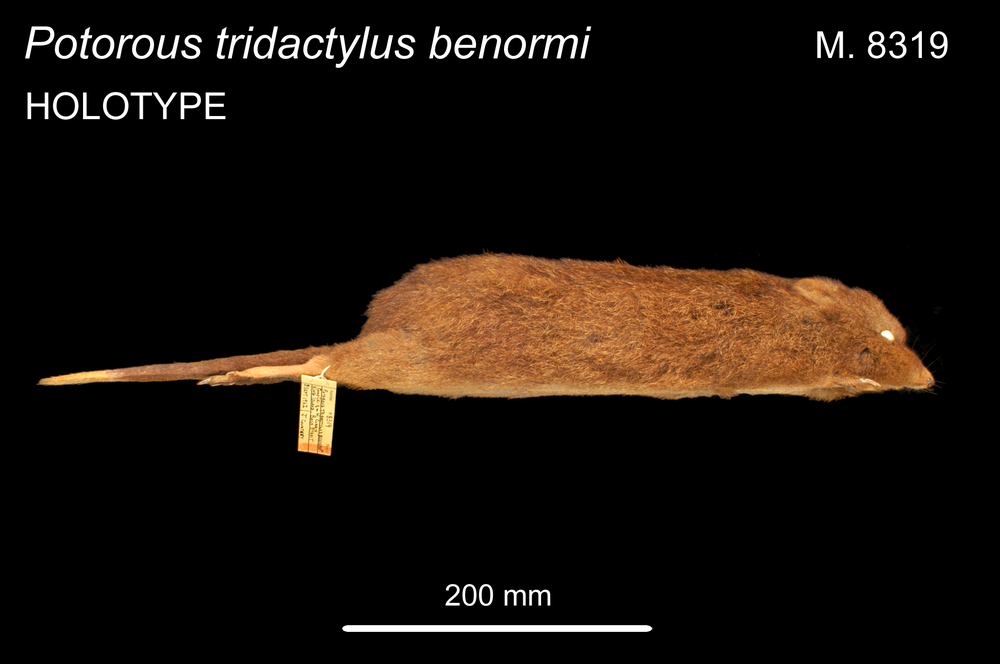 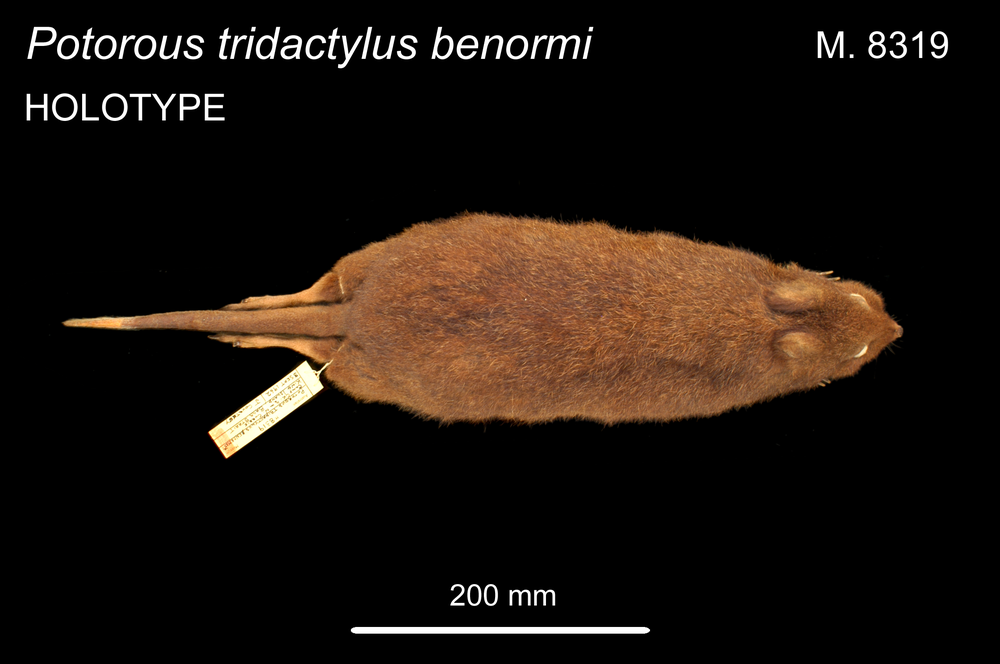 Our results showed that the King and Flinders island potoroos both belong to the Tasmanian sub-species Potorous tridactylus apicalis. This result supported the notion that the earlier land connection between Tasmania and the Islands allowed for expansion northward of Tasmanian potoroos, and likely other species, much earlier than mainland populations could move south. Geographically, King and Flinders island are also closer to Tasmania (~80 and ~54 km) than to the mainland (~88 and ~140 km).

Knowing that these island Long-nosed potoroos populations are indeed true Tasmanians provides vital information for conservation management of the species across Bass Strait and can guide any future conservation efforts. If future surveys confirm surviving populations of potoroos on these islands, translocations or reintroductions using other Tasmanian sourced potoroos may be considered to ensure their survival. Our study also demonstrated the wealth of information that can be generated from museum collections that include now rare or extinct populations and species.