On 27 May, 2014, swimmers encountered a juvenile Roundface Batfish, Platax teira, swimming in the quiet waters of Shelly Beach, Sydney. Stephen Coulter stated that “The fish looked unwell and was swimming near the surface close to the beach”. Juvenile Roundface Batfish, however, are known to mimic dead leaves.  They can look and move like a leaf being washed around in the water. As Stephen stated, the fish may have been unwell, but possibly it may have been 'playing leaf'.

May appears to be the month for Roundface Batfish sightings in Sydney. Previous observations, in 2011 and 1976, were also made during May.

In May 1976 a juvenile Roundface Batfish was caught near Manly Pier, within Sydney Harbour. The fish is now stored in the Australian Museum ichthyology collection. Having a voucher specimen to confirm species occurrences is one of the many important uses of natural history collections.

Platax teira is normally seen in tropical waters but has been observed as far south as Bermagui, New South Wales.

So why May?  During the warmer months of the year, tropical fishes are commonly seen well south of their 'normal' distributional ranges. They disperse south by 'riding' the East Australian Current. Despite May being the last month of Autumn, sea surface temperatures are still relatively warm in Sydney at that time of the year. Temperatures decline after May and many juvenile tropical fishes do not survive the cooler months. 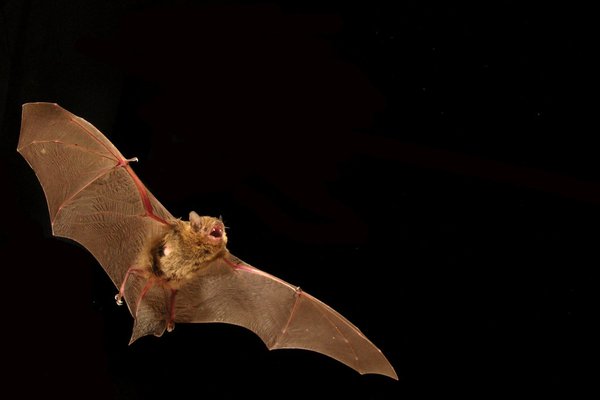 Vespadelus troughtoni
Discover more
Back to top
You have reached the end of the page. Thank you for reading.