A Green Turtle has laid her eggs&nbsp;in the middle of the Research Station's beach barbecue area.

On the night of 8 December 2010, a Green Turtle came ashore to lay her eggs in front of the Research Station. The tracks show that she headed straight for the barbecue area, bulldozed aside a heavy bench seat and a low table then dug her nest. The following morning, we found a single egg on the surface of the nest. This indicates that it was a successful lay and there are probably about 100 eggs developing in the egg chamber nearly a metre below the surface.

The location of the nest is precarious; almost every summer, this area is heavily eroded during northwesterly storms. We thought it would be a good idea to move the eggs to a better location and contacted Queensland Parks and Wildlife Service for advice. Unfortunately, we weren't quick enough. Twelve hours after the eggs have been laid, the embyos have formed a tenuous attachment to the shell and could be damaged if moved. Apparently they are strong enough to be moved after three to four weeks' development so we hope that the storms hold off until then.

In the meantime, we need to protect the nest. We've marked it with posts and string so that no-one accidentally walks on the egg chamber. Soon, we'll cover it with plastic mesh to protect it from monitor lizards(Varanus panoptes), which love to eat turtle eggs. QPWS advised that metal must be kept away from the nest to avoid damaging the embyros' developing magnetic navigation abilites. They also advised that lizards aren't attracted to buried turtle eggs until they've been laid for about 10 days. This gives us time to order plastic mesh from Cairns.

Lizard Island is not a major nesting site for Green Turtles. Most years, we see only one or two sets of turtle tracks on the beaches and some years we see none. Hopefully, this nest will be successful and, if so, in about 50 days time we might be lucky enought to see lots of turtle hatchlings scrambling down the beach.

As a leading natural history and cultural institution, the Australian Museum (AM) has a responsibility to educate, inspire and act on environmental sustainability.

What are we doing?
Achieving climate neutral
Learn more 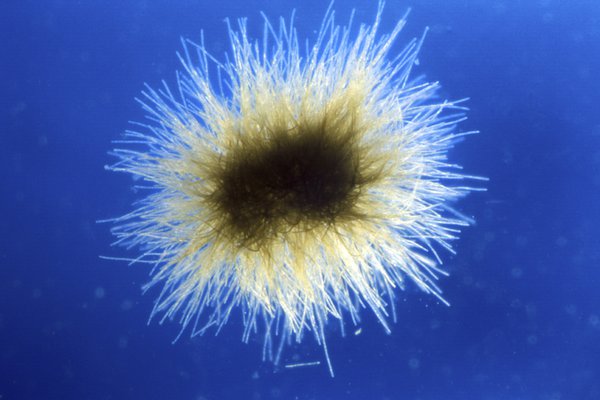