Working day and night so that “I don’t know whether I am on my head or my heels” was how naturalist Melbourne (Mel) Ward described his lifestyle in 1945 surrounding the recently opened Melbourne Ward’s Gallery of Natural History and Native Art. This was the culmination of over twenty years work after Mel had left a career on the stage to concentrate on his fascination for crabs begun as a small boy after discovering a crab, that was later named after him (Cleistostoma wardi Rathbun, 1926), on a Queensland beach. Mel’s privately supported museum was located in the grounds of the Hydro Majestic Hotel in the Blue Mountains near Sydney. A magazine article from the time records the collections included over 25,000 crab specimens and several thousand other objects, including weapons, tools and paintings, as well as a comprehensive and valuable library of natural history books. Despite the busy nature of the work surrounding the display of his collection Mel wrote to a friend, who was obtaining material on his behalf in Vanuatu, it was “what I always wanted”.

Ward had a long connection with the Australian Museum, being recognised as an honorary associate zoologist in 1929. Following his death in 1966 the collection amassed during his lifetime, from all around the world but with an Australian focus, was willed to the Australian Museum. Much of it was integrated into the museum collection but a number of cabinets tightly packed with dried crab specimens were retained which remained undocumented in the museum registration system and essentially unavailable for use. This was probably because resources were insufficient to complete the labour intensive task of transferring label data accompanying the specimens to the handwritten registers of the time.

In 2004, with a computer database well established for tracking crab specimens in the museum collection, registration of these dry specimens was re-visited. Using volunteer resources the scope of documenting the collection, an aspect of museum work that Mel may have been referring to in 1945, became clear. The first cabinet contained approximately 550 samples, registrations for these required two and a half years to complete, with a single volunteer supervised one day per week. With several cabinets still to go, other priorities prevented further registration of material until early 2013 when the situation was again re-visited as a project for the museum’s recently formed DigiVol group.

Just over 70 years on from the establishment of Mel Ward’s gallery, DigiVol utilises a number of technologies and concepts such as digital imaging, the internet, crowd sourcing, mapping tools, computer databasing and electronic information transfer, that spreads the load of time consuming registration tasks. Using volunteer assistance and protocols established through other projects each sample from the unregistered Mel Ward dry crab collection was photographed. This resulted in a digital image of the crab specimens, as well as the original labels accompanying the specimens, including identification and distribution information, and a newly assigned registration number. The images were linked to a spreadsheet recording the registration numbers and uploaded to the DigiVol website where other volunteers could access it. These online “virtual volunteers” transferred the label data from the images to specified registration fields recording basic biological information and other details, such as identification, location, depth, collection method, collector and date of collection, to form an electronic record of information relating to the specimens. Mapping tools recorded a latitude and longitude for any collection localities entered.

A further set of volunteers then checked these completed records against the images. Once this was done further computer checks were made to ensure consistency of the data and match it to any previous information already held in the museum registration database. The next step involved importing the electronic images and corresponding information into the museum registration database to create a full registration record that included the physical location of each sample within the museum collection. These records will be made available on the museum website collections search and through others that utilise museum data such as the Atlas of Living Australia.

In just over 2.5 years approximately 3,500 samples including all the previously undocumented Mel Ward material and some other smaller dry crab collections have been registered through the DigiVol system. This can be contrasted against an estimated period of over 17 years under the initial registration scheme used. An additional benefit of the DigiVol approach has been the addition of images of the specimens. This is particularly useful because the collection is held off-site, using the image a decision can be made if it is necessary to retrieve the sample for examination or if details that need to be checked are available in the image, in effect making “virtual loan” of the specimens a possibility.

Now that a database has been established the collection can be analysed, tracked for loan and made available for research such as the comparative taxonomic studies it was originally compiled for, as well as education or display. Overall 570 species in 296 genera are incorporated, adding 207 species not previously held in the museum collection, including material from approximately 40 countries and localities as far as Cuba and China. Notable finds include several of the species described by Ward himself. Although the specimens do not have a commercial value applying replacement costs based on re-collecting the material suggests it would be significant, the scientific importance includes recognition that the samples provide a snapshot of crab biodiversity from a variety of areas at a particular time period as well as representing the efforts of a remarkable and passionate carcinologist during his career. Portions of the collection are not fully identified and further discoveries, including the possibility of new species and new distribution records, await closer inspection. It will be interesting to see what technologies developed over the next 70 years can be applied to these samples, how they are utilised and what results are obtained.

The genus Chlorinoides (Crustacea, Brachyura, Majidae). 1. A redescription of C. tenuirostris Haswell and the status of the genus Acanthophrys A. Milne Edwards 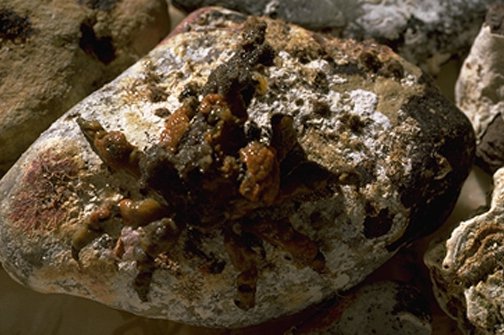 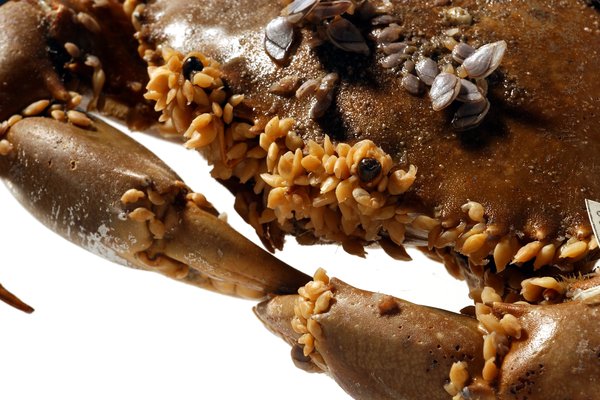