In 1917 Rev Charles Needham Lack (1872 - 1938) donated to the Australian Museum a stone rubbing – a copy of the inscription on the Nestorian Stele in China. Exotic as it looks, it all makes perfect sense.

Rev Charles Needham Lack was a zealous man. He discovered God’s calling early in life – probably when he was getting secondary education in the 1880s at the Sydney Grammar School, next door to the Australian Museum.

Lack began preaching in his teens and was inspired to missionary work by a young woman Edna Sarah Bavin. Edna’s father was a leading Methodist minister in Sydney and one of her uncles was Reverend George Brown – a highly accomplished missionary and de facto anthropologist in the Pacific region. At the age of 17 Edna went to Tonga in support of Brown’s work and two years later commenced missionary work in China.

During a visit to Sydney Edna delivered a public lecture, at the city’s Town Hall, on her Chinese missionary experience. Possibly it was this lecture that inspired Charles Lack to undertake a missionary venture abroad. Charles and Edna married and subsequently spent 30 years in the service of China Inland Mission where, along with their daily work, they experienced various social and political upheavals including the Boxer Uprising.

We don’t know how Reverend Lack learned about the 12 centuries-old venture of Christianity in China, but he rightly recognised the importance of the Nestorian Stele. It is not clear how he acquired a copy of the text from the stele but from snippets of information and the photograph he provided it appears he visited the site where the stele was kept and possibly commissioned a stone rubbing.

The stone rubbing donated by Rev Lack is only a copy of the inscription on the Nestorian Stele – documenting imperfectly but faithfully the original text. However, the rubbing is an object in its own right. It is a scroll, reproducing writing made by the centuries-old method of copying texts by Chinese scholars. While the scroll could be a 19th or early 20th century ‘copy’ the content is over 1000 years old giving some accounts of the Nestorian Church venture and its missionary work in China in the first millennium of the Common Era.

This early introduction of Christianity in China obviously captured Revered Lack’s imagination and the Australian Museum was, in his mind, a proper repository for such an important document. 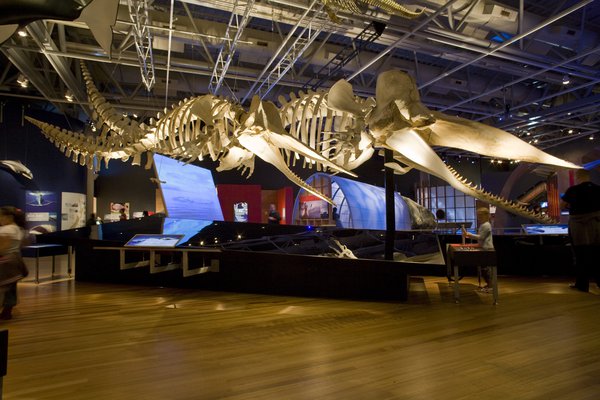 Foundation document for the establishment of the Australian Museum.