Two interesting opportunities face the Australian Museum as we plan our temporary exhibitions program for the coming years.

The first concerns the anniversary of World War I, and more particularly the centenary of Gallipoli in 2015. What should the Australian Museum show as part of that commemoration? We've already decided not to do a war-related exhibition. Our colleagues in the various historical and war-related museums will do that extremely well. Equally, we want to say something about the rich cultural heritage of the Middle East and of Turkey in particular.

Following the Great War, Australia and Turkey developed very close bonds, but what story should we tell? We could talk about the rich history of Turkey over several thousand years, or we could tell the story of contemporary Turkey, perhaps Istanbul, which is well known and loved by many Australians.

The second opportunity concerns an exhibition which at one level is about cultural change in China in the 20th century. At another level it's about the changing role and rising prominence of Chinese women in several parts of the world. The exhibition centres on the woman's dress known as the cheongsam, which originated in Shanghai in the early 20th century.

The development of the cheongsam coincides with the opening up of China through trade. During this time, men adopted Western suits and women progressively adopted a feminised version of the traditional, men’s full-length ’Manchu’ robe. The cheongsam spread from Shanghai through Hong Kong to Singapore, and probably to Australia. Is this the sort of story that we should be telling?

These examples raise the greater question: what kinds of temporary exhibitions should we show? Our mission is to inspire the exploration of nature and cultures, but that leaves us a very wide field. The Museum’s mandate was largely established in the late 19th and early 20th centuries and was based on a scientific view of cultures, with a strong focus on Indigenous Australia and the Pacific. At Federation, the cultural face of Australia though still largely British already included many of the diverse cultures that make up contemporary Australia.

There are at least three trends that will influence our exhibition offerings. First, and increasingly, tourists from East and South Asia are the future face of tourism to Sydney and to the Museum. How should we respond to that changing nature of our audience?

Second, the thematic boundaries between Sydney’s cultural institutions are no longer so clear-cut. Gone are the days when the Art Gallery just showed art, the Powerhouse focused only on engineering or design, and we just showed natural sciences and indigenous peoples. The world is changing, and all of us in Sydney’s cultural institutions are looking at the most effective and engaging ways of telling important stories. In doing so, the traditional lines between our respective temporary exhibitions are blurring.

The third trend affecting our exhibitions is technology, particularly the take-up of handheld devices, such as very smart mobile phones, fast access to the Internet, and social media. This trend gives us great opportunities to be more creative, flexible, and innovative and may have implications for the stories we tell and how we tell them. We need to be more responsive to the breadth of our audiences and to the technology they bring with them.

We will continue our program of major external exhibitions like Alexander the Great but will complement these with smaller exhibitions that look at nature and culture in different ways. To enable this, we are creating more spaces throughout the Museum for temporary displays. As an example, the refurbished Indigenous Australians gallery features a new dedicated space which opens with the Museum’s magnificent Menagerie collection of contemporary Indigenous art, now home following a two-year national tour. Also, new display cases and screens throughout the Museum will show snapshots of other treasures from our rich collection, with a special display coming up of amazing armour from Pacific nations.

We want to remain true to the Museum’s roots, yet be more innovative and experimental in how we tell stories through exhibitions and related programs. Watch how that goes and let us know what you think below.

Trilobites from the Silurian of New South Wales

A revision of the Australian Conulariae 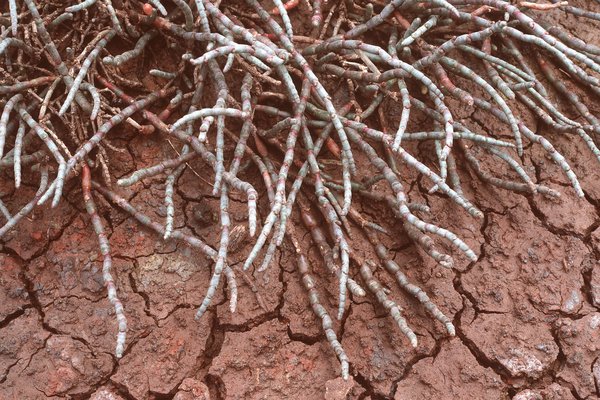 Soils are made up of three layers and are thickest where they are older and in warm and wet environments.

Scientific results of the trawling expedition of H.M.C.S. "Thetis" off the coast of New South Wales, in February and March, 1898, the Recent Crinoids of Australia