Chalmers by name and charming by nature

When I started writing a biographical history of Oliver Chalmers, who was Curator of Minerals at the Museum from 1945 to 1971, I read everything about him that I could find at the time and concluded that he was a very dour man. However, whenever I mentioned his name to anyone who’d met him, they would immediately inform me that he was a most delightful person.

Jan Brazier, our previous Archives Manager, and Ross Pogson our current Mineralogy Collection Manager, gave me the clue to this apparent discrepancy. When face to face Oliver was a very charming man, but when  when he wrote, he immediately became formal and rather terse. He was also very modest.

He was only 18 years old in 1929 when he started working at the Museum for the mineralogist Thomas Hodge-Smith. He stayed on at the Museum until his retirement in 1971, apart from his stint with the Scientific Liaison Bureau during the Second World War. Even after his retirement he continued to liaise with Lin Sutherland, who succeeded him as Curator of Minerals. Lin remembers Oliver as a great entertainer with a fund of stories of his geological and other associations.

Oliver was in charge of the first field trip of Ross Pogson’s working life at the Museum. It was in 1979 and they went to St Marys, Minchinbury and Erskine Park; subsequently they ventured much further afield. Oliver always saved the situation on field trips when they came across a farmer who objected to their presence. He would chat so pleasantly, that the farmer would not only accompany them, he would open the gates for them.

Oliver loved classical music and Ross vividly recalls him playing Beethoven’s ‘Moonlight Sonata’ at his 80th birthday party. He appeared on the TV quiz show ‘Coles £3,000 Question’, where his knowledge of classical music won him a trip to Las Vegas, even though he didn't manage to win the £3,000. But Oliver wasn’t particularly interested in gambling and, with some financial support from the Science and Industry Endowment Fund, he managed to convert this into a trip to visit some of the world's leading musuems.

He moved to Queensland and later to Tenterfield, to be close to his daughter, and he died there at the age of 95, on 18th October 2006.

Many thanks to the following people:
(in the order in which I spoke with them)
Jan Brazier, former Manager of Archives and Records
Hal Cogger, former Deputy Director
Lin Sutherland, former Curator of Minerals
Ross Pogson, Collection Manager, Mineralogy

Additional information:
Robert Oliver Chalmers interview by Hazel de Berg, for the Hazel de Berg Collection (TRC 1/933), from the Oral History and Folklore Collection of the National Library of Australia. 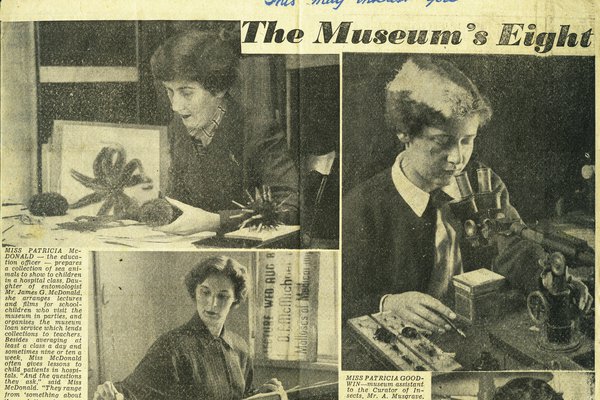