In 1841, Reverend William Clarke was appointed the Secretary and Curator of the Australian Museum. Clarke had studied at Cambridge and is commonly known as the “Father of Australian Geology”. While Clarke is historically known for his contributions to Geology, he did not involve himself with the management of the Museum. During Clarke’s years as Secretary, the country was going through economic depression and the Museum was struggling to survive. When Clarke discovered a gold nugget in the 1840s near the Cox’s River in the Blue Mountains, and upon showing Governor Gipps his specimen, he was told “Put it away Mr Clarke, or we shall all have our throats cut”.

The appointment of William Sheridan Wall saw a change in the Museum’s fortunes and in1848 the South Australian mining boom encouraged the Museum to take action in acquiring mineralogical specimens. Lead and Copper mining had begun by this stage and gold had been uncovered in Victoria and NSW.

In 1851 major gold discoveries encouraged Governor General Fitzroy to request surveys of NSW. Samuel Stutchbury was appointed Colonial Geologist and the trustees requested that the Museum become a repository for a collection of scientific and economic geology. Stutchbury was asked to transmit labeled specimens to the Museum during his geological surveys, -- several deliveries of these are noted in the Museum’s records.

The mineralogical collection of the Museum continued to grow in conjunction with the mining success in the colonies. The first attempt at organizing the collection was made in 1859 with the appointment of Dr John Rudolph Gygax “to name and classify the mineral substances in the museum collection at a monthly salary of 25 pounds”. Unfortunately Dr Gygax died shortly after his appointment and was not replaced until 1881. Regrettably the year following, a vast amount of the collection was destroyed in the Garden Palace fire, including the late Clarke’s collection worth 7000 pounds.

The first Museum Mineralogist was appointed in 1881 to arrange a fossil collection for exhibition. Felix Augustus Ratte was a civil mining engineer and became Assistant in Mineralogy in 1887. In his annual report of that year, Ratte noted that the collection numbered over 2200 specimens, predominantly from Europe and America, with few Australian examples. He began the first mineral register, and specimens from NSW were collected in increasing numbers. In 1890, Ratte took 43 days sick leave and on the 27th April shot himself in his home.
Dr Thomas Cooksey was appointed to the position of Assistant in 1892 and had the best scientific qualifications of Museum staff at this time. Cooksey was born in England and had trained in chemistry in Germany. At age 24 he developed Bright’s disease (disease of the kidney) and was told by doctors if he moved to Australia he may survive for another 2 years. Dr Cooksey lived to over 80, making significant contributions to the mineralogy collection.

The mineral collection began to take on its research role in 1904 with the appointment of Charles Anderson. Anderson expanded the crystallographic studies and chemical analyses of Australian minerals, publishing noteworthy papers on cerussite and azurite. Anderson became the director of the Museum in 1921 and the Mineral department was passed to the care of Thomas Hodge-Smith.

Hodge-Smith balanced the work load of both research and acquisitions during his tenure. His major contribution to the Department was an expedition during the 1930s to Harts Range in Remote Central Australia. A lack of fresh provisions caused the expedition members to suffer from scurvy, however they returned with specimens from pegmatite and metamorphic rocks.

In 1986 the mineral displays were transformed into the new Planet of the Mineral Gallery, housing approximately 1500 specimens. The collection holds many Australian examples minerals and gemstones, including opals, sapphires and beryls. The collection showcases brilliant examples of Australian mineralogy and prominent gemstones.

The Albert Chapman collection is one of the most amazing acquisitions in the Australian Museum’s Mineral Department. Before being acquired by the museum, Chapman’s collection was recognized as one of the top ten private collections in the world. The collection has been on display since 1996 in the Chapman Gallery and is renowned for its mineralogical diversity.

Thefts in the Department

Two major thefts have been recorded in the Australian Museum Mineral department, the first in 1873 and the second in 1968.

On Christmas day in 1873, the Secretary of the Museum Gerard Krefft was in the Long Hall Gallery labeling mineral specimens. He was alarmed to find that an alluvial gold specimen weighing 17.5 ounces and worth 70 pounds was missing. The table display case had been screwed down and secured with a lock. Krefft reported the theft to the trustees, however no one was ever charged and the gold was never recovered.

Nearly 100 years later the Museum was robbed once again. In 1968 a showcase in the mineral gallery housed several models of historical diamonds and faceted gemstones. The thief evaded the patrolling security guards at closing time and prized open the doors of the Florentine display case. He escaped with the imitation diamonds and gems without a clue as to his identity. In 1970, the Museum received a parcel with a Vancouver post mark. Inside were the entire contents of the ravished display case and a note reading “Sorry gentlemen. They are not real”. 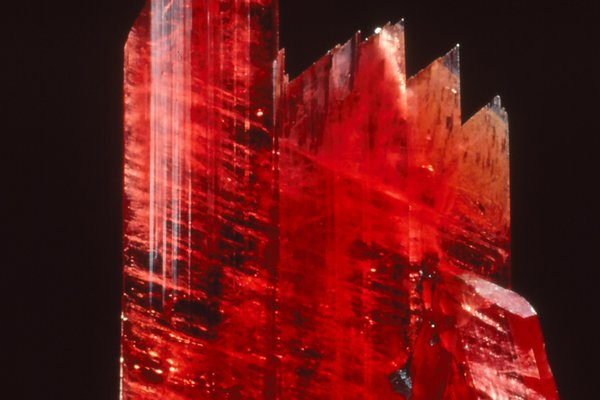 25 February 2019
Read more
Back to top
You have reached the end of the page. Thank you for reading.