Did the Australian Museum inadvertently bolster the public’s perception of the thylacine as a predator of domestic animals?

In 1921 the Museum was the first publisher of Burrell's photo of a thylacine with an animal in its mouth. This edition also published American Dr Gregory's call for Australians to protect their unique native fauna.

This photo was one of a series of five photos of the thylacine taken by Burrell. It is generally agreed the series was taken at the same time and place. This is the only image of the animal with the chicken in its mouth and in the Australian Museum Magazine is captioned “copyright photo from life”. The photo received wider currency when republished in 1926 in the popular book “The Wild Animals of Australasia” by A S le Souef and Harry Burrell. The accompanying commentary demonstrated the thylacine’s aggressive behaviours. 3 of the other 4 photos in the series appear below. 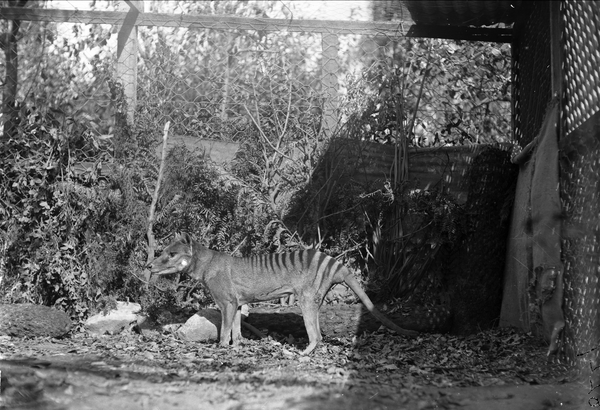 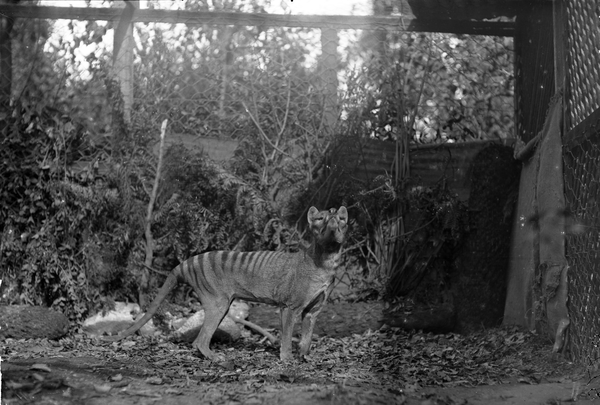 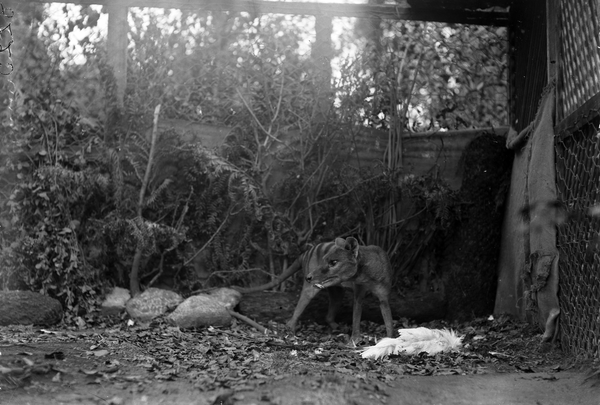 Why was the photo of the thylacine with the chicken in its mouth published?

Do you think the background of the image is significant in the message the image sends to the observor?

But did this photo compromise calls for action to save the thylacine at a time when numbers were fast declining (partly due to a government bounty on the Tasmian tiger)?

Compare the image above with the uncropped original broken glass plate negative that is part of the Harry Burrell Collection held in the Australian Museum Archives.

By circulating the cropped image what conclusion was Burrell hoping the observor would form?

Is this photo a set up?

Academic debate continues on the authenticity, context and accuracy of the photo:
Is this a staged photo of a taxidermy specimen or a live animal?
Is this animal in an enclosure at Beaumaris Zoo (Hobart Zoo) or was it at Burrell’s property at Manilla, NSW?
Is the animal raiding a henhouse or was it staged to appear so?
If the photo is staged, why?


These and related issues have been recently vigorously debated in the scientific literature by Carol Freeman and Robert Paddle. Follow this debate in Australian Zoologist and associated author publications.

Much is made today about the ability of photographers to manipulate digital photos to create a "new" reality. However similar questions can be raised about old photos. As a prolific publisher of natural science photos the Australian Museum is mindful of the contextual messages an image gives about animal behaviour and species protection. It follows that current Museum photos will be open to interpretation in the future.

Is this photo the last Tasmanian tiger?

When was the photo taken?

Is this a photo of the Tyenna male, the last surviving thylacine in captivity which died on 7 September 1936 at Hobart Zoo?
Was this photo taken in 1912 (as Robert Paddle suggests) or closer to the 1920's as Carol Freeman proposes?

Whilst the skeleton of the last thylacine in captivity is held in the Tasmania Museum the location of its skin is unknown. As each animal’s markings are unique an analysis of the markings would progress the resolution of these contentious issues. Similarly no documentation has been found to explain how or when the glass plate was broken. This information could assist substantiate the researchers conclusions.

The thylacine became protected in 1936 a mere 2 months prior to the death of the last thycaline in captivity.

AMplify episode 36: Live at the AM — 2017 AMRI Lifetime Achievement Awards