The battle continues with the cane toads that will soon be reaching the Bungle Bungle range in the World Heritage Listed Purnululu National Park in Western Australia.

Cane toads have hopped over 100 kilometres into Western Australia over the past year and are quickly approaching the world heritage-listed Bungle Bungles in the state's far north.

Cane toads are posing a large threat to the biodiversity in the area because they:

Cane Toads have spread from Queensland into New South Wales and the wetlands of the Northern Territory where they have devastated ecosystems in Kakadu National Park and Arnhem Land.

Kimberley Toad Busters to the rescue

Upon hearing of the impact of cane toads in Kakadu and Arnhem, the community in Kununurra formed Kimberley Toad Busters in 2005 to protect the region’s biodiversity. About 5,000 Toad Buster volunteers have been hard at work disposing over 500,000 adult cane toads and millions of cane toad eggs, tadpoles and juveniles. They are battling against the cane toads to ensure the current diversity of our wildlife is still enjoyed by the next generation.

Things won’t get any easier. Climate change modelling has shown that within 25 years, habitats suitable for cane toads could extend into Victoria, South Australia, Western Australia (especially the Kimberley region and down the coast) and eventually Tasmania.

See the image below of some of the NSW native frogs that are often confused for cane toads. 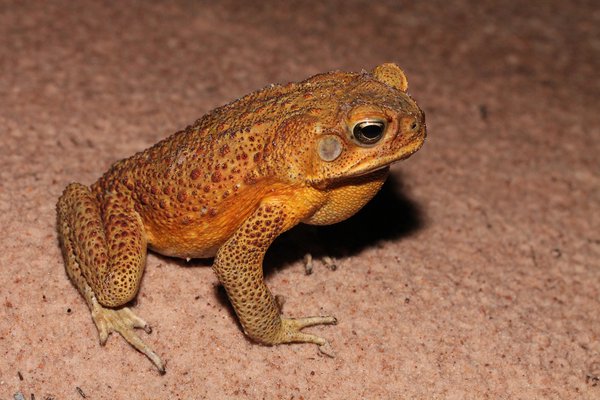