There are many species of Wolf Spider, ranging in size. Their body colours are typically drab, with most having variegated patterns in brown and yellow, grey, black and white; some inland species are a bright salmon pink below. Often the patterns include radiating lines on the carapace (front of the body) and scroll-like patterns on the abdomen. The spider's underside is light grey, cream or black, sometimes salmon pink, often with black or white markings superimposed. The sides of their jaws may have a small raised orange spot or 'boss'. Wolf spiders have eight eyes in three rows (4,2,2), with the four smaller eyes in front and the four largest arranged in a square on top of the high and convex head. Two of the commonest Australian species are Tasmanicosa godeffroyi and Venatrix furcillata , with a wide range in the temperate parts of the continent. 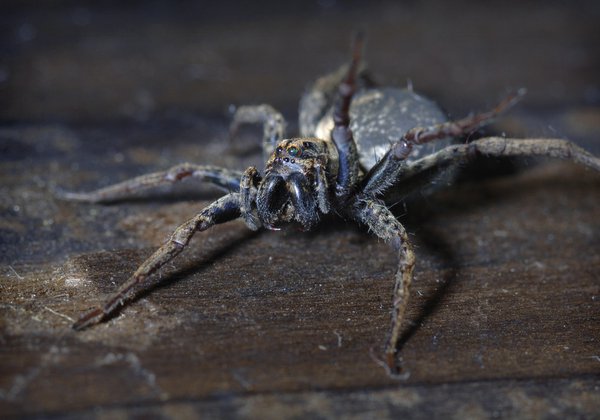 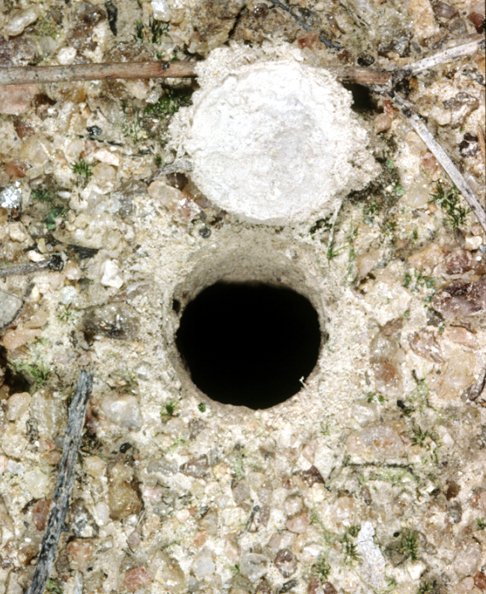 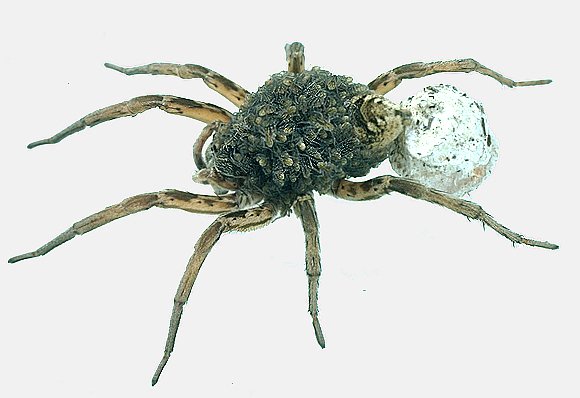 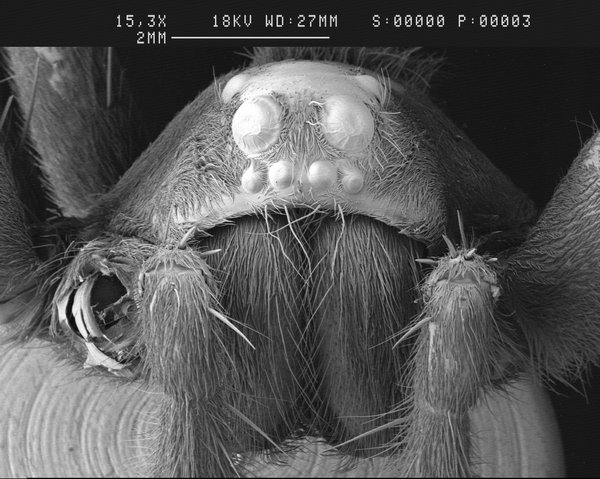 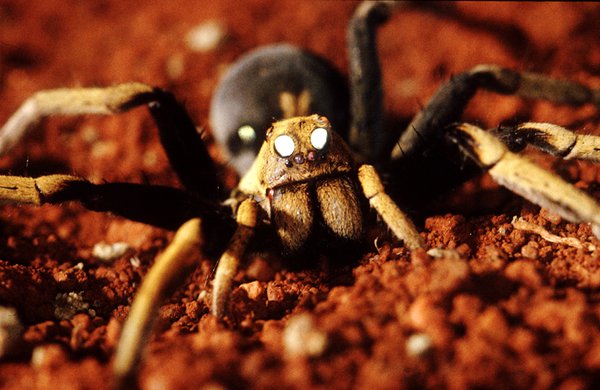 Wolf Spiders are found in habitats ranging from dry inland shrublands and woodlands to wet coastal forests and alpine meadows. Some species, such as Lycosa furcillata and Tasmanicosa godefffroyi are common in suburban gardens.

Many Wolf Spiders have wide distributions, especially across inland regions. This distribution is aided by their ability to disperse aerially as spiderlings or small juveniles over large distances. Many also have very specific microhabitat preferences such as stream-side gravel beds, montane herb-fields or coastal sand-dunes.

Wolf Spiders mostly feed on small ground dwelling invertebrates, predominately insects, but will attack small vertebrates if given the opportunity. According to the Queensland Museum, two Wolf spider species are known to be predators of cane toads. Venatrix lapidosa will take small toads and frogs while Allocosa obscuroides has been noted biting and killing a large toad within one hour.

Most Wolf Spiders are wanderers but some build burrows, either open or with a trapdoor, while others may make temporary retreats in vegetation. Arid zone species build turrets to deflect floodwaters during rainy periods, while others use pebbles to plug their burrows. In woodlands, twigs may be used to form a palisade around the top of the burrow. Burrows of the Grey Wolf Spider ( Dingosa simsoni) have a circular trap door that is often left open when the spider is out hunting. The shape and materials used to form burrows and trapdoors may help to distinguish similar-looking species.

The female constructs an egg sac of white papery silk, shaped like a ball with an obvious circular seam, which she then carries around attached with strong silk to her spinnerets. When the spiderlings hatch, they are carried around on the female's back until they are ready to disperse by ballooning or on the ground. Such a high degree of parental care is relatively unusual among spiders.

Wolf Spiders live for up to two years.

Mating takes place outside the female's burrow at night. Some adult male Wolf Spiders of smaller-sized species are known to disperse by air in order to find mates. The male is attracted by scent markings left by the female, often associated with her drag-line silk. Males perform a courtship ritual prior to mating, often involving complex leg and palp signalling to the female.

Variation in wolf spider (Araneae: Lycosidae) distribution and abundance in response to the size and shape of woodland fragments